The Billfold
Just Another Day in Paradise

Do We Need to Discuss the Paradise Papers? 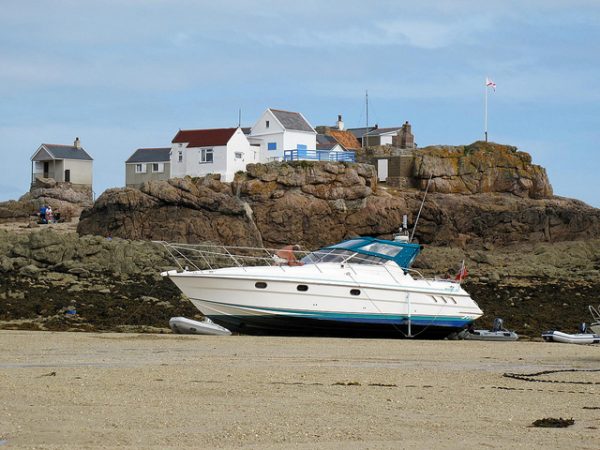 I heard about the Paradise Papers while I was on the first leg of the flight from Los Angeles to Cedar Rapids (thanks, NPR’s Up First!) and the in-flight Wi-Fi was too slow for me to reschedule the Billfold posts I had already prepped for Monday and insert a Breaking News story.

So… we’ll call this a Late Breaking News story. (Up Second!)

What do we need to know about the Paradise Papers? Let’s start with the NYT:

“We pay all the taxes we owe, every single dollar,” Mr. Cook declared at the hearing. “We don’t depend on tax gimmicks,” he went on. “We don’t stash money on some Caribbean island.”

True enough. The island Apple would soon rely on was in the English Channel.

Okay. Tax shelters aren’t exactly news, though it’s worth noting that our government is so desperate for tax money right now that they want to rewrite the tax code to eliminate stuff like the student loan interest deduction. If only someone had told Apple to get their money out of Jersey—the one that’s in the Channel Islands, but everything’s legal there too—and pay the government what they owe!

Except… multiple governmental officials, from multiple countries, were also mentioned in the Paradise Papers. The Guardian has a detailed list, but I’ll focus on just one individual: Secretary of Commerce Wilbur Ross Jr. To quote a different NYT article:

After becoming commerce secretary, Wilbur L. Ross Jr. retained investments in a shipping firm he once controlled that has significant business ties to a Russian oligarch subject to American sanctions and President Vladimir V. Putin’s son-in-law, according to newly disclosed documents.

At PBS, journalist Sasha Chavkin clarifies that Ross might technically have followed the rules, or at least some of them:

There’s no indication that he broke the letter of the disclosure rules.

But what about Russia? Putin? The Paradise Papers reveal that they were not only tied to this shipping company, but also secretly funding Twitter and Facebook. Also, Jared Kushner is involved somehow. From another Guardian article:

Does that mean we finally have a reason to boycott Facebook and Twitter the same way we all boycotted Uber a while ago? (I still haven’t reinstalled the app.) Maybe not. They appear to have been unaware of the whole thing, perhaps the same way they were unaware of fake news and Nazis:

Facebook and Twitter were not made aware that funding for the investments came from the state-controlled VTB Bank and a financial arm of the state oil and gas firm Gazprom, according to [Kushner’s business associate Yuri Milner]. A spokesman for Kushner declined to comment.

I’m not surprised that Kushner’s team declined to comment… but I’m also not really surprised about any of this.

1. We Did Good, Billfold
2. Question Wednesday
3. What I Learned From Five Years of Writing and Editing for The Billfold
4. How a Program Assistant Dealing With a New Paycheck System Does Money
5. Classic Billfold: What I Wanted From My Move to Portland and What I Got
I couldn't have predicted this exactly but I am completely unsurprised by itparadise paperspoliticssocial-mediatax shelters