The Billfold
I'll Have the Special

Dinners Out and Out of the Ordinary 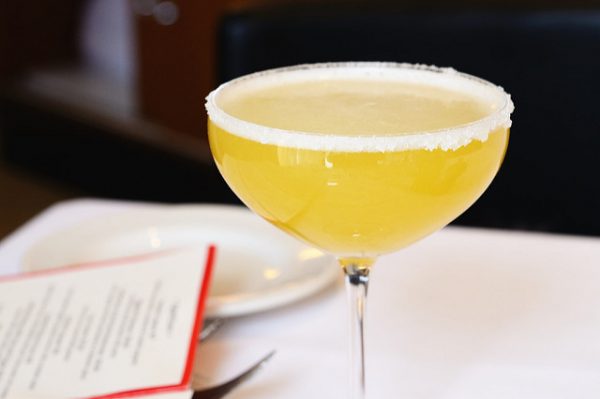 In September, my friend Derek took my husband Eric and me down an alley to a barely-marked speakeasy in Detroit. “The drinks are expensive, but it’s supposed to be really cool,” he said. I was skeptical. I once waited an hour and a half outside a similarly-described bar in Chicago for friends’ last night in town only to end up with a $15 cocktail that was mostly artisanal ice.

But Derek was right. We sat at one of a half-dozen tables tucked around a small room designed with a hexagon motif. The drinks were expensive, but the server presented each one as if it was its own work of art designed specifically for us. The entire bar was built to be an experience.

The next morning, I researched the bar and the restaurateur who opened it. He had other venues in Detroit that I immediately wanted to try. With my birthday approaching, I added the restaurants to my mental list of places to go to celebrate. I found other recommended restaurants in the area and soon I’d penciled in locations for fancy dinners to celebrate our dating anniversary, Valentine’s Day, our wedding anniversary, and a celebration if I got a promotion. I had nearly planned my next two birthdays as well.

With my current finances, I don’t need to wait for a specific occasion to go out to a nice dinner. Eric and I could probably try all of these restaurants over the next few months. I worry, however, that if I don’t have a reason to celebrate, then having a fancy night out will start to feel mundane. Cocktails at a speakeasy will feel less like a specific luxury than a typical Friday, nothing special.

The progression from special to common has happened to me before. At twenty-one, not only could I order drinks at the 60-tap bar off campus, but there was a whole world of Belgian beers to try! I live near the same bar now and find the routine of the menu and environment comforting. Buying groceries used to be an opportunity to revel in making my own choices (mainly eating a lot of pasta and only the vegetables I liked) before it became a regular chore.

I am nowhere near the Scrooge McDuck financial levels that could make eating out at nice places as ordinary as grocery shopping. However, to me both scenarios are tied to the allure of making choices that were previously out of reach. Unlike grocery lists and daily meal prep, fancy nights out still have that mystique.

To maintain that sense of rarity, I look for reasons to indulge in a high-end meal. Dinner with friends in Boston felt extra celebratory at a harborside seafood place. Catching up over $2 tacos would have been as fun as chatting over fried clams and wine, but splashing out gave the evening an extra energy for me. To mark the end of a hard, unsuccessful application process, I tried a new Korean restaurant near my apartment. Instead of only remembering that night as a disappointment, I think about the great fried chicken I ate. These excuses convert dinners into events, which in turn keep fancy nights out an artificially scarce experience.

For my birthday, Eric and I went to a nice dinner before going back to the bar Derek had showed us. My cocktail arrived in a bell jar full of smoke. The evening was special not only because of my birthday and the setting, but because the whole night was out of the ordinary by design.

Laura Chanoux lives in Ann Arbor, Michigan, and would like recommendations for speakeasies and mystery novels.

1. We Did Good, Billfold
2. Question Wednesday
3. What I Learned From Five Years of Writing and Editing for The Billfold
4. How a Program Assistant Dealing With a New Paycheck System Does Money
5. Classic Billfold: What I Wanted From My Move to Portland and What I Got
budgetingfoodluxuriesrestaurants