A Friday Chat About Utilities 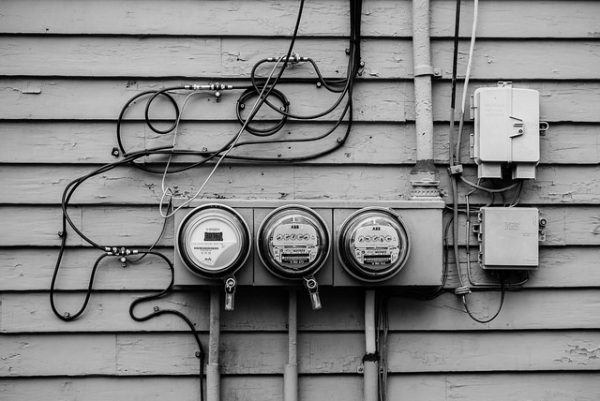 BORNSECULAR: Same to you! I can’t believe Thanksgiving is next week! I don’t have to do anything for it, so I’ve been able to forget about it for most of the month.

BORNSECULAR: Yep. We will go to my in-laws’ for lunch, and they only live about 30 min away. This is the first year we don’t have back to back meals I think, so that’s a relief.

NICOLE: Oh NICE. Doing multiple Thanksgivings in one day is rough. I have done it.

BORNSECULAR: I mean, I love all the food, but yeah it’s a lot.

NICOLE: So much starch.

NICOLE: Someone should host a Just Dessert Thanksgiving!

BORNSECULAR: I would go to that. For sure.

NICOLE: It would probably turn into a Just Desserts Thanksgiving, though, and that has a different meaning. To shift the topic slightly, I heard you got a surprise from your utility company.

BORNSECULAR: Yeah, multiple surprises actually! So for a year or so they’ve been sending us monthly “home energy reports.” Usually we’re in the middle—not super efficient, but also not the worst either I guess. Sorry, I forgot to say these are from the electric company… the gas company is a whole other messed up situation. So this last month, they sent us an energy report like usual, and on the back they had a note that we had used 5 percent less energy than last year (with a little graph as well).

BORNSECULAR: I was proud for a split second… until I remembered they had raised our bill this summer. We do level pay so we have the same payment every month and it went up for the next year about $20/month, I think. Which isn’t terrible but also makes no sense if we’re using less electricity! Isn’t the point of trying to be more efficient to save money?! (Okay, fine, and to be a better steward of the world’s resources.)

NICOLE: Money is one of the world’s resources! I guess technically you saved money, because your bill would have been even higher if you hadn’t used 5 percent less energy.

BORNSECULAR: Hmm I suppose that could be it. Simple inflation. Everything costs more each year it seems, right?

NICOLE: Isn’t that the truth.

BORNSECULAR: So the good surprise on this letter was they offered us a free Nest thermostat. We took them up on the offer (which was about a $300 value if Amazon prices were any indicator). It shipped right away and we actually installed last weekend, so we’ve been getting used to it all week. No verdict yet if it’ll be awesome or meh. But I like the ability to change the temp remotely if I forget to set it before a long trip or something (which I have done multiple times before).

NICOLE: Maybe it’ll spy on you!

BORNSECULAR: Ah jeeze. I figured there had to be a catch… aside from the stated catch that the electric co can adjust our temps during the summer without our say.

BORNSECULAR: Anyway, enough about me! 😉  Utilities will probably a hot topic for you with the move and all. (BTW, I am so excited for you and the new apartment looks awesome!!)

NICOLE: Thank you! I am very excited! I was able to cancel my Xfinity internet online and will have to cancel my Seattle City Light electricity over the phone. I emailed my new landlord about which services to call to get billing set up, but he hasn’t responded yet. I’m wondering if it’s one of those deals where it happens automatically. Like, I don’t need to call the electric company to start service, because the whole building already has service, but I will get billed for the electricity I use. I have no idea. This is all very new to me!

BORNSECULAR: Does your rent cost include any utilities?

BORNSECULAR: Yeah, I think that’s what our first & only apartment included too. I think it’s pretty standard? We had no clue what we were doing when we picked it, so we found out that first winter that the windows were terrible. You stood in front of the closed window and still felt a breeze. So we bought that plastic shrink wrap kit for all the windows. Which then popped off due to the temp or something and we stuck it back down with duct dape. Classy right?

NICOLE: I have definitely shoved newspaper under windows before!

BORNSECULAR: Anything to try to keep utility bills down!

NICOLE: And on that note, we’ll turn it over to our commenters. Have your utility bills gone up this year? Have you used less energy? Have you ever plugged drafts with newspaper and/or duct tape?

BORNSECULAR: Sounds good to me! I love our commenters. Thanks for letting me yammer at you for a bit this morning Nicole!

NICOLE: Thanks for chatting! I love these Friday Chats.

If you’d like to be part of a future Friday Chat, email nicole@thebillfold.com.

1. We Did Good, Billfold
2. Question Wednesday
3. What I Learned From Five Years of Writing and Editing for The Billfold
4. How a Program Assistant Dealing With a New Paycheck System Does Money
5. Classic Billfold: What I Wanted From My Move to Portland and What I Got
chatsfriday-chatsmoney is one of the world's resources