What My Car Cost Me 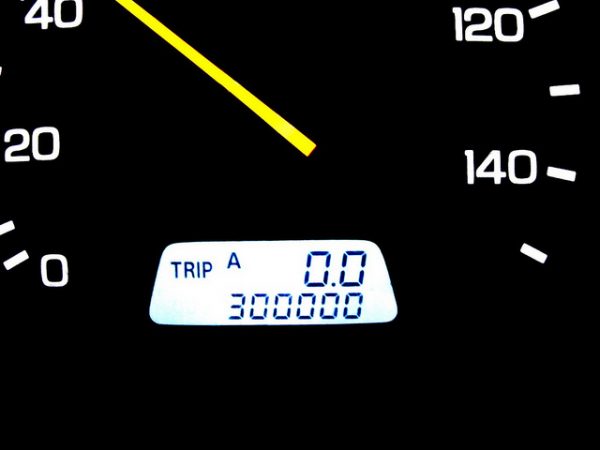 I recently got hit with a large car repair bill. People, it was steep.

Now, we all know car repairs are part of life, or at least part of a life that involves owning a car. In fact, they’re so much a part of financial life that car repair serves as a handy example of why it’s a good idea to have some surplus cash on hand at all times.

When a raft of articles hit the press last year about Federal Reserve data indicating that nearly half of Americans couldn’t come up with an emergency $400 if they needed it, car repair was one of the metrics that established vividly just what those Americans couldn’t afford in a pinch. (Also, emergency medical care.)

I wasn’t expecting such a high bill. Many check engine lights are nothing more than gas cap issues and easily fixed. So when I took my Honda Accord in to have the check engine light, er, checked out, I was pretty sure my car wouldn’t need any major repairs.

I maintain my car very well. I take it in regularly, according to the timetable in the owner’s manual. I drive a minimal amount, because I work at home and there’s no commute. To me, this all equals “I shouldn’t be faced with sudden whopping and unexpected car repair bills.”

So I was kind of stunned when the amount was so high—about equal the money that was in my fuck-off fund, which in my case doubles as a fund for emergencies like this.

So my car is old. Plus, my parents instilled a belief that if a car repair is more than the present-day worth of the car, it’s time to get a new one.

An interesting side note, since it’s Parents’ Month: the way my parents thought about car purchases had a huge influence in the way I approached my own car buying.

My parents were firm “buy a reliable, high quality used car without too many miles” believers. Why? Because new cars depreciate enormously in the first few years. In fact, Consumer Reports estimates new cars lose 46 percent of their value in the first three years. If you buy a car even one year old, you’re saving on the price.

As a result, the cars I’ve owned are all Consumer Reports reliability picks: nearly all Hondas, with precisely one Toyota and one Mazda breaking the uniformity.

On the one hand, paying that big repair bill made me wonder if I should shell out for a new car, which to me means a new used car as opposed to an older used car. (So far.)

On the other hand, a new used car would probably necessitate a loan. My current car has always been loan free, as I paid cash. (Another advantage of a used car.) I’d rather stay car loan free for now.

Then a friend of mine pointed out that an actual new car comes with a warranty, so even factoring in depreciation, it might cost me less per month than a new used car. Presumably, a warranty means no repairs, and no maintenance other than regular oil changes.

So break with family tradition and get a new car? Which would definitely necessitate a loan? Dilemma!

There is nothing like data to resolve a dilemma, so it was clear I needed to do some number crunching on comparative costs. New car with loan? New used car with loan? Keep the old car? Which was the better deal?

I keep spreadsheets on all my expenditures, so I had data on what car ownership had cost me over at least the past decade.

Truthfully, though, I’d never actually added up what a car cost me per year in maintenance and repair. I usually include car maintenance costs in my budget every month, creating sinking funds in order to have enough cash at hand when maintenance comes due. In other words, if a timing belt replacement was coming up—which is a large repair monetarily—I started carving out costs several months in advance.

So one fine morning, I sat down, rolled up my sleeves, and went through a decade’s worth of spreadsheets and check registers (I keep those too), to find out what car ownership had cost me over the past 10 years.

The calculation includes any standard maintenance, from new tires to standard oil changes. Any repairs. Anything required to keep me in a car during said maintenance and repair, including car rental charges and car loan payments.

I did not include gas, car insurance, or registration. Why? My purpose was to have data on what I shelled out to maintain and repair cars, so I could make a decision on new versus old. Gas is pretty constant for either choice, and my car insurance has remained pretty constant through the past decade, accounting for inflation.

The result of a decade’s worth of car loans, repairs, and maintenance bills? Average of $3,384 per year, y’all.

Surprisingly, although my average yearly expenses over the last 10 years strike me as high, they are less expensive that what the average person in the U.S. spends. According to Triple A, the average American spends $8,469 per year to drive a new car.

There are, however, apples to oranges comparisons involved in looking at Triple A data and my data side by side. I’ll get to those in a minute. For psychological purposes, though, I have to say looking at my data compared to the Triple A data was a huge relief.

Now, the apples and oranges. Triple A compiles data for new cars. Mine are used. (I wasn’t successful at getting a reliable set of prices for used car costs of driving, maybe because costs vary so much by make and model.)

Triple A’s cost estimates include categories I didn’t, such as insurance, taxes, and depreciation. (For a new small sedan, Triple A assumes $2,114 in depreciation per year.) I had a car loan payment of $151 per month for about three years during the past decade. Triple A assumes a five-year loan with 10 percent down. For most cars, that would equate to a lot more than $151 every month.

Triple A’s maintenance and repair estimate for a new car is $1,186 per year, on average—which is less than what I paid on maintenance and repairs for my used cars. However, other new car costs were higher. Triple A estimated $454 for licenses, taxes, and fees, for example. Most years, my fees are precisely $46.50.

Plus, my car is in good shape for its age. Yes, it’s old. But it only had one owner before me, and she was precisely the type of person my parents always looked for: one with a record of steady, prompt maintenance at the dealer. (Thanks, Carfax!)

So for now, the best financial deal is to keep driving my old car, take a deep breath, and replenish ye olde savings fund—so I can buy a new new car someday.

Rita Williams is a writer, researcher, and teacher who loves words and archives. She blogs on culture, the arts, and education at Retaining the Meta: Adventures of a Midlife PhD. She also works as a writer on a wide variety of topics, including education and personal finance.

1. We Did Good, Billfold
2. Question Wednesday
3. What I Learned From Five Years of Writing and Editing for The Billfold
4. How a Program Assistant Dealing With a New Paycheck System Does Money
5. Classic Billfold: What I Wanted From My Move to Portland and What I Got
budgetingcarsspreadsheets