Three Stories About Jobs and Wages 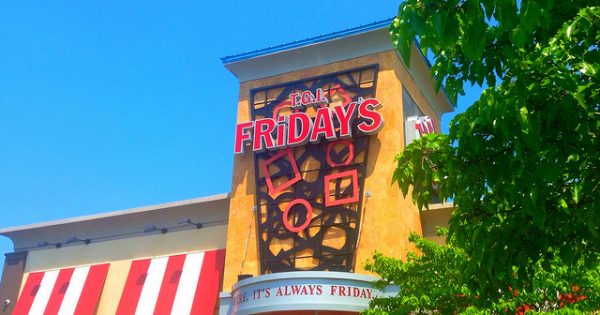 There’s a lot of news we could discuss right now—and some of it will be discussed during our Friday Chat—but I wanted to focus on three stories about jobs and wages:

The Atlantic: Hurricanes Irma and Harvey Spur the First Employment Decline in 7 Years

On Friday, the Bureau of Labor Statistics reported that the U.S. labor market shed 33,000 jobs in September—the first decline in the total number of paid positions in the economy in seven years. The unemployment rate, however, fell to 4.2 percent from 4.4 percent. (The unemployment rate doesn’t directly measure job loss, rather reflects the number of Americans who say that they are unemployed and actively seeking work.)

This job loss is correlated with “declining economic activity” in hurricane-hit areas, where people aren’t spending as much money on typical consumer goods like restaurants and entertainment. (They’re probably more concerned with paying rent and figuring out whether they should make a 401(k) hardship withdrawal.)

And, on the subject of restaurants and entertainment:

Eater: As Goes the Middle Class, So Goes TGI Fridays

TGI Fridays and Applebee’s and their ilk are struggling as the American middle class and its enormous purchasing power withers away in real time, with the country’s population dividing into a vast class of low-wage earners who cannot afford the indulgence of sit-down meal of Chili’s Mix & Match Fajitas and a Coke, and a smaller cluster of high-income households for whom a Jack Daniel’s sampler platter at Fridays is no longer good enough.

Eater has a whole series of pieces under the theme “The End of Flair,” and while they’re all worth reading, that single excerpt sums it up. A lot of us can probably remember that commercial where it’s raining and a minivan pulls up to a TGI Fridays or an Applebee’s or a Chili’s to pick up curbside takeout for the family’s dinner. Many families can’t afford to do that anymore.

Which brings us to:

The latest story to run in a major newspaper about how employers simply can’t find Americans to do the jobs they have open and are simply forced to turn to migrant labor at least has a twist. In this one, published Thursday by the Washington Post, the employer, Jesus “Chuy” Medrano, founder and owner of CoCal Landscape, himself immigrated from Mexico 44 years before. He really tried to hire only Americans this year. But when he failed, he wound up spending a lot of time and money to bring in a few dozen migrant workers from Mexico—legally—to mow lawns and maintain sprinkler systems.

The twist, in this case, is that Medrano is only paying $14 an hour—a wage that Slate’s Daniel Gross argues is too low  to attract many applicants, especially when “the labor market is as tight as its been in recent memory.”

I agree that $14/hr is a pretty low wage, especially when many people are Fighting for $15, but it seems like there’s a piece missing between “people can afford to turn down $14/hr jobs” and “people can’t afford TGI Fridays.” Maybe the piece is “everything else, like healthcare/housing/college, costs more each year.”

Of course, now that employment is declining, those $14/hr seasonal gigs will probably start to look more attractive.

1. We Did Good, Billfold
2. Question Wednesday
3. What I Learned From Five Years of Writing and Editing for The Billfold
4. How a Program Assistant Dealing With a New Paycheck System Does Money
5. Classic Billfold: What I Wanted From My Move to Portland and What I Got
foodjobsrestaurantswages