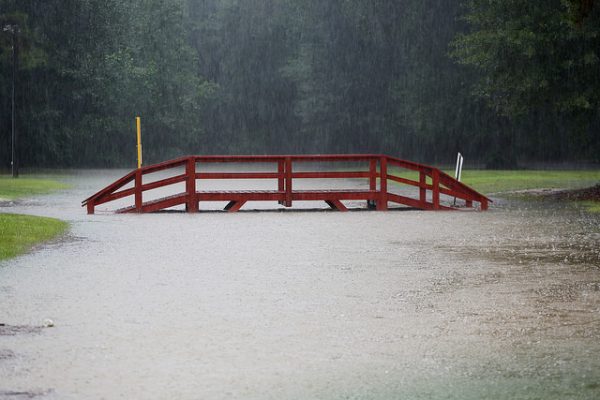 Last week, multiple lobbyists petitioned the IRS to waive penalties against Hurricane Harvey victims who needed to withdraw money from their 401(k), 403(b), or IRA accounts. From USA Today:

People who withdraw funds from retirement accounts before they turn 59 and a half years of age typically have to pay a 10% penalty and other state and federal taxes.

“This may be the only savings individuals may have set aside,” says Nevin Adams, chief content officer for the American Retirement Association, which is supporting the penalty-waiver proposal.

The IRS, meanwhile, announced that people affected by Hurricane Harvey are eligible for hardship withdrawals:

Participants in 401(k) plans, employees of public schools and tax-exempt organizations with 403(b) tax-sheltered annuities, as well as state and local government employees with 457(b) deferred-compensation plans may be eligible to take advantage of these streamlined loan procedures and liberalized hardship distribution rules. Though IRA participants are barred from taking out loans, they may be eligible to receive distributions under liberalized procedures.

The IRS emphasized that the tax treatment of loans and distributions remains unchanged. Ordinarily, retirement plan loan proceeds are tax-free if they are repaid over a period of five years or less.  Under current law, hardship distributions are generally taxable and subject to a 10-percent early-withdrawal tax.

This means that people will be able to withdraw money from qualified retirement accounts, but they’ll still have to pay the associated penalties and taxes.

They will also have to listen to people telling them that they should have planned for this, like Ric Edelman does in this autoplay video from CNBC:

If you have absolutely no other cash resource available to you while you’re out of work or until your job gets resurrected, okay. But, really, that’s what cash reserves are for, it’s what all that financial planning is for, you shouldn’t be in a situation where you’re forced to tap into your retirement account at work but if you have to, you have to.

Yes, he seriously lectured hurricane victims about not having “cash reserves.”

I wonder how many people affected by Hurricane Harvey don’t even have retirement accounts. Or employers that offer 401(k) plans.

1. We Did Good, Billfold
2. Question Wednesday
3. What I Learned From Five Years of Writing and Editing for The Billfold
4. How a Program Assistant Dealing With a New Paycheck System Does Money
5. Classic Billfold: What I Wanted From My Move to Portland and What I Got
401kHurricane Harveyirsretirementwithdrawals