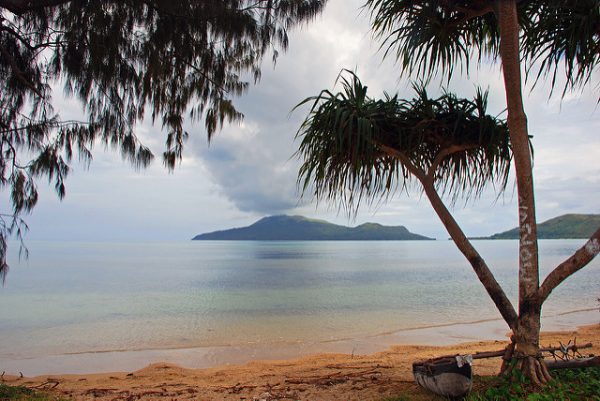 We’re going to be talking about the newest healthcare executive order during the Friday Chat, so until then, let’s end the week with these three real-estate stories:

Bloomberg: Bitcoin Can Now Buy You Citizenship in One of the World’s Happiest Countries

Vanuatu, a South Pacific archipelago of some 80 islands, will now let outsiders use the volatile cryptocurrency to apply for so-called investment citizenship. Fork over the equivalent of about $280,000, and your family of up to four can receive passports from what the New Economics Foundation, a U.K.-based think tank, calls the fourth-happiest country in the world.

I had no idea that “investment citizenship” was a thing—but yes, a handful of countries do offer citizenship to anyone who can afford it, and one of them will now let you pay via Bitcoin.

The next step, after becoming a Vanuatu citizen, is purchasing your own island:

The least expensive [private island] currently on the market, according to real estate website Private Islands Online, is Lenur, priced at about $645,000. For that you get 84 acres including three sandy beaches, a handful of sleeping bungalows, and an open-plan kitchen. Most of the property is covered in coconut, fruit, and nut trees.

Bloomberg: Distressed Investors Are Already Buying Houston Homes for 40 Cents on the Dollar

[Bryan Schild] stops by a ranch-style house where 74-year-old Paul Matlock lives with his wife, disabled from multiple sclerosis. Matlock is desperate to leave and is considering Schild’s offer of $120,000—half the home’s value three weeks earlier. A half-dozen other investors have made offers, one as low as $55,000. “The whole thing makes me feel like there’s a bunch of vultures sitting on my back fence,” Matlock says. “They’re waiting for the dead body to fall over.”

Don’t want to invest in an island? How about a flood-damaged home in Houston? Find someone who can’t afford to fix up their home, make a low-ball offer, and flip the house for a profit! Never mind that you’re displacing someone who might have liked to stay in their home—maybe it’s time for them to get an RV and become part of Amazon’s CamperForce.

Which brings us to:

Amazon isn’t the only e-retailer that needs distribution centers — more and more are looking to scoop up spaces outside of metropolitan markets to plant their fulfillment facilities.

In turn, rents in the industrial sector have climbed around six to seven points, according to Dhanda. His team has noticed more activity in second-tier markets around Dallas, Denver and Nashville, Tennessee.

As you might remember from “Everything I Thought When My Father-In-Law Moved In,” a warehouse fulfillment job can help a person get back on their feet and even afford a small apartment. Let’s hope that these increasing warehouse rents don’t have a negative effect on wages.

1. We Did Good, Billfold
2. Question Wednesday
3. What I Learned From Five Years of Writing and Editing for The Billfold
4. How a Program Assistant Dealing With a New Paycheck System Does Money
5. Classic Billfold: What I Wanted From My Move to Portland and What I Got
how much would it cost for all of us to go in on a private islandreal-estate