The Billfold
Next Steps

The Folks Are Not All Right 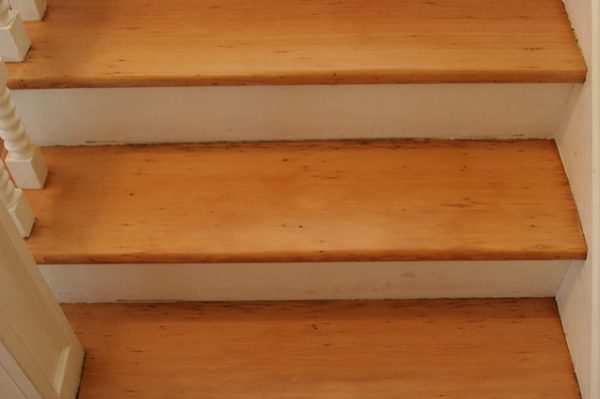 My parents taught me the value of a dollar. When I was young, I had a small allowance that I diligently saved. They instilled in me a love of watching my savings grow, along with the benefits of delayed gratification and the pure joy in having the freedom of choice that comes with a little bit of money to back me up.

So how in the world did we end up here? Or more to the point, how did THEY end up here? Depleted retirement accounts, no health insurance, living on Social Security?

We were always a middle-class family. My parents were never lavish or frivolous with themselves or with us. We lived modestly, always ate well, and did a lot of fun things together as a family. My father was the main breadwinner, and Mom worked part-time here and there. Later we moved to a lower cost-of-living state, which meant we had a nicer apartment where I had my own bathroom, and then eventually moved to a modest home in the suburbs.

My father’s job was solid with a good company. He had a 401(k), stock options, and drove a reliable used car that he kept in pristine condition. This was our life. When it was time for me to leave home, I never questioned that my parents wouldn’t be okay.

Twelve years after moving into their first house, maintenance issues started coming up. My parents got tired of dealing with the issues, did some calculations, and realized they would make a nice healthy profit if they sold the house and bought something newer. So they did—and they were able to buy a bigger, more modern house in a desirable location with an HOA and sidewalks.

When I first saw the house, I was slightly taken aback. It was a beautiful house and all, but I started wondering if it was a practical purchase for them. It was a two-story, four-bedroom, three-bathroom home with formal living, dining, and family rooms. I wondered if two people who had lived modestly all their lives needed all that space.

But really, I was worried that my parents were getting older and starting to have burgeoning health issues. Would they be able to handle those steep stairs every day? Would my mother be able to maintain cleaning that home with all the extra space? What about the cost of filling the extra space with new furniture? I shrugged it off and told myself that it was my parents’ money and they could do what they wanted, although my worries did stay in the back of my mind.

Over ten years later, my concerns became manifest. My mother’s health became poor, and she was diagnosed with a chronic illness. Still, my father was working at the same company with the same options and benefits, including a solid health insurance plan. They were doing okay.

Until my father announced that he was going to quit his job. I was ecstatic for him because I knew he had been unhappy with that job for a while, and he started telling me about all his plans about things he wanted to do—maybe travel, learn an instrument, take photos. He was planning on taking a few months off between quitting his job and finding another one.

That’s when the red flag went up. Technology was changing every day. Certifications and degrees were now prerequisites for all the jobs that he was qualified to do and had been doing for over 20 years. I tactfully brought that up and tried to tell him that it would be a good idea to have a job lined up before hitting the escape button at his job. But he was confident that he would find something comparable when he was ready. I mentioned that workers over 50 were having a heck of a time finding work in their fields. College students who had the degrees and a working knowledge of new technology were getting these jobs, and employers were snatching them up for $40,000 a year to start. Would they really call back a 50+ worker without a degree or recent certifications at more than a $90,000 salary?

This is where the downward spiral began. My predictions came true. His resume was outdated. His skills no longer matched the “current company culture.” No one was calling. Six months passed. I remember my mother saying “Six months without work? This can’t go on forever!” I didn’t have the heart to tell her about all the stories I was reading in which workers over 50 were going one year, two years, or more without finding comparable jobs.

So my father stopped looking for comparable jobs and started looking for any job. Small side gigs came here and there but not enough to sustain my parents, and that’s when I learned they were starting to live off the retirement money and savings. Meanwhile, my father’s health started to deteriorate as he lost steam and the hope of landing a job. That took a toll on his mental health, and the spiral continued.

Decision time came on what to do with the house. Should they sell it and get something smaller so they could have an influx of cash, or should they pay off that house so they wouldn’t have a mortgage? I hoped against hope that they would sell that house and move into a small place that they could pay for with cash so they would have the double benefit of having a paid-off roof and money in the bank. But it was not to be. Even though they did buy something smaller, it was only marginally smaller. There were still stairs and they were still living in the same area where housing prices had exploded over the past couple of years.

My parents ended up only paying a few thousand dollars less for the new house than they did for the one they just sold. Yes, they paid cash for it, but now they had no money and had pulled out the majority of the retirement account to settle everything. I felt physically sick.

Now, both of their health issues have gotten worse. There is still no job, and my father officially retired, taking Social Security early so they could have some income. It breaks my heart to think of all the years he worked and worked just so he could get the minimum benefit.

I often wonder how much all of this could have been prevented if they would have just stuck with the same financial principles that they instilled in us when we were kids? Would paying off the very first house and taking care of the maintenance issues (that can occur with any house) have been better for them? Or if they had chosen to pay off the second house, the one with all those stairs, would they still at least have a nest egg that they wouldn’t have had to touch? If my father had listened to me about the job market, would he still be at his old job that wasn’t challenging but came with a solid pay and benefits package? I would never want to endorse anyone staying in a job that made them miserable, but were there other options besides quitting without a new job lined up?

There is a slight silver lining in that my parents do know how to budget. At this point, they’ve gone over five years with no steady income. They’ve never been homeless, never gone without food, never had to beg for money or use government services. So they must be doing something right, even with very limited income. Unfortunately, their retirement now is going to be nothing close to what they had imagined. My mother’s health does not allow her to travel and my father cannot travel far. There are no hobbies or new experiences for him and never will be again. They no longer have health care and are hoping against hope that they will qualify for the ACA this year. They should, and it will be a real blessing if they can get some kind of health insurance so they can see a doctor when they need to.

This will serve as a precautionary tale to anyone who seems to be on financial firm ground. Anyone can make mistakes (or several). Bad health can happen to anyone at any time, and sometimes bad things just happen to good people. There it is.

I wish I had an answer, but I don’t. My husband and I are slowly increasing our net worth, but our plans were also derailed during the recession and we are just now trying to gain the ground that we lost. We will never be in a position to help my parents financially as they get older and, depending on jobs and other factors, may not be able to live close to them. My hope is that my parents buckle down and really get back to the basics of everything they taught us children so that they can salvage what is left of their golden years.

Anonymous believes in working smarter not harder, that decaf can be delicious, and that nature is good for the soul.

1. We Did Good, Billfold
2. Question Wednesday
3. What I Learned From Five Years of Writing and Editing for The Billfold
4. How a Program Assistant Dealing With a New Paycheck System Does Money
5. Classic Billfold: What I Wanted From My Move to Portland and What I Got
parentsparents monthretirementsocial-security