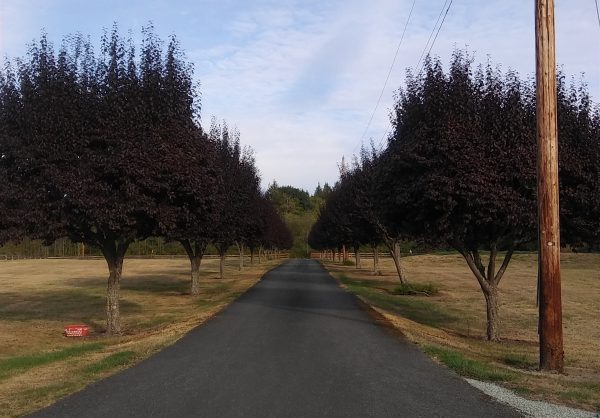 On our first date, my boyfriend Lukas told me about his parents’ work history. His dad retired at 48 years old after thirty years of working for the city’s sewer and waste water management plant. He started his career at 18 cleaning out “poop tanks,” as he called it, and worked his way up to a cushy management job. His mom worked all sorts of jobs: secretary, payroll, and, briefly, a Baskin Robbins franchise owner.

His dad fascinated me the most; he was so much like my father, and, in so many ways, better than him. For decades my father was the most incredible man I knew, and then I met Lukas’s father—and my loyalties have shifted gradually and suddenly and I find myself warming up to his dad in a way I never did with my own.

Lukas and I have talked about retirement planning many times. I’ve been obsessed with retirement planning since my early 20s, and I’m pleased to be with someone who takes it seriously and is planning accordingly. Our parents are the same age, and I broached the recent New Yorker story about companies taking guardianship of elderly people while also taking their assets. Should we worry that this might happen to our parents?

He can’t die first. Lukas says this all the time about his father—who has a handsome pension from the city which ends at time of death. He’s part-owner of a beach house, apartment building, and a snow cabin. Lukas’s parents live in a sprawling 2.5 acres of land two hours south of Seattle. It’s quite the expanse: tree-lined driveway, organic vegetables, a view of the water from the inside of the house, and zero neighbors. His parents have built an upper-middle-class life for themselves.

In the off-chance that both parents die at the same time, Lukas told me that he would donate everything they owned. His mom has a dedicated crafts room that’s almost always in danger of overflowing—she’s like Candy Spelling, but with scrapbooking materials instead of giftwrap. Also, what to do with the photo albums? The colossal dining tables? Or their five lawnmowers? Downsize, we both whisper to the universe every time we come see his parents, praying it will take.

My mom used to say that “money was the root of all evil.” Never mind that money paid for their properties, cars, and one of the earliest home computers to show up in Manila. Before marriage, my mom only lived in apartments; the moment my dad made some kind of money she bought a plot of land and built a house from the ground up. Then she bought another one, and another one. (When I say she, I meant “he” because clearly, it’s my father’s money that paid for every damn thing.) One piece of land for each child at time of death, none of this in writing of course, because writing made it official and it might attract the Fates. My youngest sister arrived after the properties and we joked that she wouldn’t inherit anything because my parents only owned three pieces of land, one for each child, you see?

All of my parents’ properties are paid off. My childhood home is now a rental that generates two monthly checks. One of the plots became a triplex, which I put down a few thousand dollars to help come into fruition, but that’s a story for another time. The last plot of land—the most desirable—is my parents’ retirement home. Their house is in a gated community, which alleviates some of my parental anxieties. The Philippines is almost always mired in political wreckage and economic unrest and one can’t be too safe or secure. I can rest somewhat easy knowing armed men and a wall of money guard their enclave.

Once, I tried discussing estate planning with my mother and she hissed “you want me to die, do you?” “No,” I said, “I want to talk about the future. Do you really want your children to battle over your money?” It’s a lot of property to be divvied up between four children, especially since two out of three properties are generating valuable rental income. Also, how are my parents generating income outside of the rentals? They’ve never run their rentals like a business. If a tenant missed rent, it wasn’t a big deal, and who said anything about raising rents? None of my parents have stocks or pensions and my mom is facing deteriorating health. The good news is that healthcare is very affordable and there’s no danger of that New Yorker article coming into fruition in Manila, at least not yet.

Still, Lukas and I always say each to other, “our dads can’t die first.” We know that our fathers can pretty much age gracefully and responsibly. Our moms, not so much.

Sometimes I think about which of my siblings deserves what property and then I chastise myself for quantifying our worth to our parents. All I know is I don’t expect anything significant from either of my parents. I was always their changeling—the sullen, always disappearing, middle child. My mom often threatened to write me off her will and she’s spent most of my life welding me into her ideal. We always thought our oldest brother was set to get a significant cut of their estate. He was their beautiful first-born and he was perfect. My youngest sister was next because she was the baby and no matter how old she got, she always seemed like she needed a little bit of help. She certainly has that effect on me and I’ve had to curtail my coddling as she’s pushing 30.

Emotional manipulation is a currency my parents understand fluently. I’m a good daughter if I buy a certain amount of gifts for my nephews and niece. I’m a good daughter when I take them out to lunch. As I grew close with Lukas’ parents, I realized there’s no space for emotional manipulation in their lives, especially his dad. Sometimes I feel guilty that I’m buoyant writing birthday and holiday cards for his parents and filling them with cash, because I don’t feel the same when I send gifts to my parents. For them, it’s just another thing I have to do as an adult.

I wish that both Lukas’s and my parents can live out the rest of their retirements with dignity. I don’t care if there’s any money left for us kids. I just hope they stay the way they are: parents with money.

1. We Did Good, Billfold
2. Question Wednesday
3. What I Learned From Five Years of Writing and Editing for The Billfold
4. How a Program Assistant Dealing With a New Paycheck System Does Money
5. Classic Billfold: What I Wanted From My Move to Portland and What I Got
parentsparents monthreal-estateretirement