Our Parents’ Careers: My Mother’s First Three Jobs in the United States 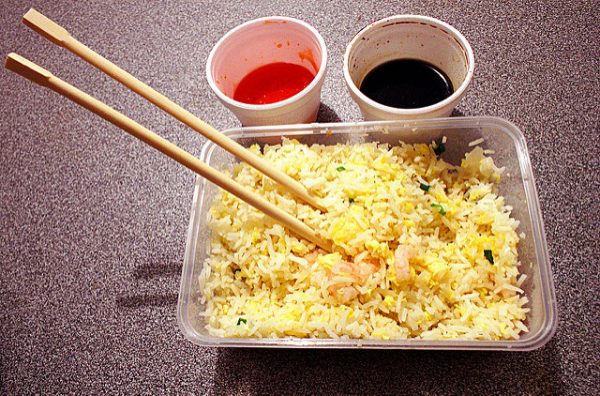 You ask your mother about what her life was like when she first came to the United States. She brushes you off with a “we were so young, so poor,” and then starts to vacuum. She immigrated to New York City from Beijing in the fall of 1986, a time when Reagan was in his second term and a Richard Marx song on the radio was pure heaven.

After she vacuums the couch cushions and the stairs, you push her for more information. She asks you why you want to know. Selfishly but honestly, you admit that it’s part curiosity, and part to compare your lives at the same age.

When you were 27, you got your first management gig and clawed your way to better pay and a better title in non-profit America. Your personal work history is a banal mirror of most white-collar, worker bee narratives; meetings, frustrations, and too much money spent on lunches out. You’re 30 now, and you still know nothing but the lightest shades of who your mother was and how she lived before and after motherhood. When she was the immigrant, the student, the young girl just starting out in the city.

When your mother was 27, she had just arrived in NYC as a Chinese immigrant with limited English skills and even more limited funds. Yan had two choices for survival: restaurant work, or a gig at a clothing factory. She found a $300-a-month illegally divided room in Queens. Her parents’ parting gift, their life savings, converted from renminbi to $400. She had the first month’s rent covered and not much else. She’d have to figure it out as she went along.

She didn’t have the right connections to get into the clothing factories, so restaurant work it was.

Chinese newspaper listings had leads, and she’d make daily calls from payphones to check if any restaurants had open positions. Every day: no, nothing open, until after two weeks, finally, yes, come over at this time and day, here’s the address. With that, she was on her way. There were no interviews, no case studies, no shadowing—just a quick look up and down, and a new manager walking Yan to her new station.

She worked in Manhattan Midtown kitchens: Chinese restaurants in the east 40s, the east 70s. She took the subway from her room in Queens, working a shift from noon to 10 or 11 p.m., helping the restaurant put together takeout bags. Chefs would cook the dishes listed on six, nine, twelve white order slips, and plop them steaming into open takeout containers. She’d rush around the kitchen to group those dishes, scoop rice, ladle soup (burning herself often in the beginning), count dishes, stack rice boxes, grab sauce packets, and remember special requests. She worked mostly in the kitchen, its air almost as hot as its flames—the range hoods and a swinging door out to the seating area were the only ventilation.

Most staff spoke Cantonese, which was not the dialect that Yan spoke. She didn’t talk with them beyond the names of dishes and transactional exchanges like “done.” After lunch and dinner rush, the chef would cook a couple of simple dishes to feed the staff. She got two free meals for every day she worked. Monthly, she’d get paid in cash. How much, you ask. Never enough, she responds.

She never saw the bosses directly—only the managers. There are still hundreds of people doing this work in restaurants, to this day. Seamless makes it, well, you know. It’s the same as it was in 1986: someone puts together your takeout bag and hands it to the delivery person. Yan was invisible but essential to thousands of Manhattanites hungry for dinner.

During the mornings, she worked as a cashier at a Taiwanese woman’s toy store in Park Slope, back when cheap toys and gifts from China were novelties. This was a job she found via a friend. Her boss would show up randomly for spot checks, pointing out purported loiterers, known shoplifters, and potential slackers on staff who needed to stop listening to their headphones and start manning the tables outside the store. Business was good, and when the boss lady opened up a second outpost in Williamsburg, she appeared less often but looked more stressed every time she did. You’re shocked to hear about a boss lady who was Taiwanese, because you’ve forgotten that not all immigrant women arrive poor and stay poor—some of them flourished financially, but still had to struggle daily for their money.

Your mom had told you more about her life than she’d ever shared when suddenly, she turned the vacuum back on. You ask her, over the whirring, why she left her first two jobs. She looked at me while holding the vacuum and said, “I got pregnant with you.” She was 27 years old, new to the country, new to the language, with a new baby in her belly. Nothing is ever truly a blessing, nothing ever a plan-gone-right. Your mom’s third job was to be your mother.

Anonymous is slowly working to discover a history of family, self, and life in NYC.

1. We Did Good, Billfold
2. Question Wednesday
3. What I Learned From Five Years of Writing and Editing for The Billfold
4. How a Program Assistant Dealing With a New Paycheck System Does Money
5. Classic Billfold: What I Wanted From My Move to Portland and What I Got
food-serviceimmigrationparentsparents monthrestaurants