Our Parents’ Careers: How My Mom Went From Engineer to Small Business Owner 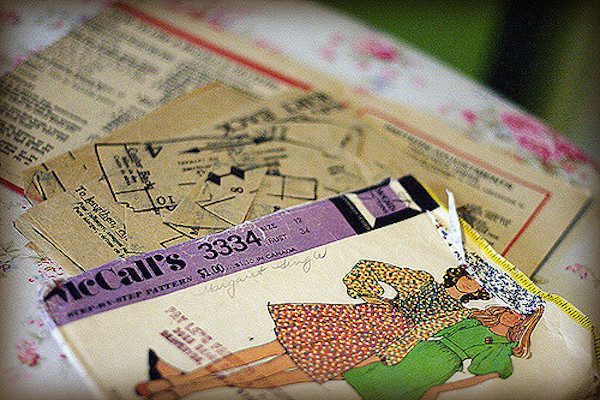 My mother, Alice Cruz, has been in the military, started her own business, traveled to trade shows, been a stay-at-home mom, and worked as an engineer. Here’s her story, in her own words.

1973: Started college at The Ohio State University, but dropped out in part because I wasn’t sure what I wanted to study.

1974: Joined the U.S. Air Force to have a way to pay for college, and my job in technical communications interested me in engineering. Left the military in Fall 1976.

1981: After getting my two-year associate’s degree at Glendale Community College and because of my military experience, I graduated with an electrical engineering degree from Arizona State University. The program was five years and I had my first child while a full-time student.

1982: I was the first female recruit to get a factory interview with Western Electric/AT&T. They offered me a job, which I turned down to work at GTE (General Telephone & Electric Corporation) in a research and development facility.

1983: I realized I wanted a more hands-on job and took a job at Western Electric/AT&T as a test set/product engineer. I loved working in a factory environment, even though it was noisy and dirty. I wore low heels in to work, then changed into steel-toed boots for the shop. I was the only female engineer on the floor. I didn’t try to be “one of the guys,” I just was another engineer. I was lucky to work for several managers who ignored my gender and judged me on my engineering skills and effort.

1995: I soft-retired when we moved from Phoenix to Nebraska, choosing to be a stay-at-home mom for several years.

1999: When our girls were both in school, I returned to work. This time, at Avaya as a contract engineer in the factory.

2003: I’ve always been creative and became a serious quilter during my stay-at-home years. I explored many areas of quilting and began to dye fabric. I started dyeing more fabric than I could use myself, so with the partnership of my best friend, we opened DellaJane Hand Dyes to sell hand-dyed fabrics to quilters and artists.

2004–2009: I bought out my business partner and began traveling to quilt shows in 13 states, pulling a trailer loaded with fabric, yarn, patterns, tables and all the paraphernalia required to set up and stock a 10-foot-by-20-foot booth. I traveled so much—about 500 miles each week—that I went through three Chevy Tahoes. I also designed and maintained my website www.dellajane.com. Dyeing fabric for sale at home and then being on the road every weekend for quilt shows was not creatively fulfilling so I decided to stop traveling in 2009.

2008–present: I really started to concentrate on the online business in 2008. I began selling more vintage sewing patterns, vintage fabric, and sewing notions, and I sold less hand-dyed fabric. I morphed DellaJane Hand Dyes into DellaJane Cloth & Patterns. In 2011, I sold the hand-dyed side of the business, but retained the name and the website. (One person bought $8,000 in inventory with the intention starting her own similar business.) I’ve sold vintage sewing patterns, fabric, and sewing notions in earnest from my online business since 2010. When we moved to a new state, the business moved, too. It’s now a full-time business that I operate out of our home’s second floor as a one-woman band.

Caitlin Cruz is a reporter and writer who splits her time between Brooklyn and Dallas. Her mom wants to sell you vintage sewing materials.

1. We Did Good, Billfold
2. Question Wednesday
3. What I Learned From Five Years of Writing and Editing for The Billfold
4. How a Program Assistant Dealing With a New Paycheck System Does Money
5. Classic Billfold: What I Wanted From My Move to Portland and What I Got
engineerparentsparents monthsmall-businessstem