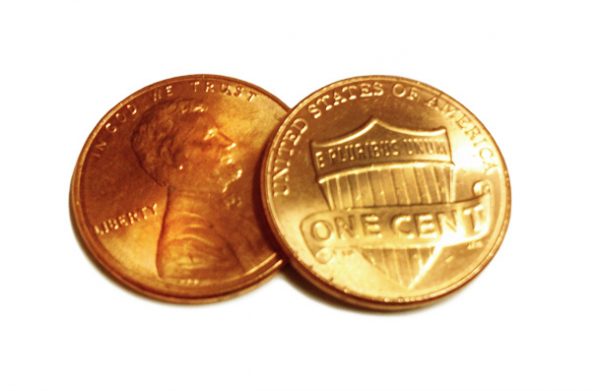 My dad took my sister to a casino near my parents’ home in Iowa after she turned 21. He did the same for me a couple years later after my 21st birthday. It was a rite of passage that he’d established for some reason, even though he rarely gambled himself. We arrived at the casino around 10:30 in the morning when the crowd was sparse and mostly elderly, and my dad pointed out all the things he’d discovered when he’d come here with my sister—the plastic cups that you could fill with unlimited free pop in one corner; a large, opulent fountain in another. I nodded along, enjoying his excitement.

Then he handed me a $10 bill, saying, “Now, this is what I gave your sister when I brought her and so I want it to be fair.” The bill was straight and crisp, as if he’d stopped off at the bank to pick it up. I thanked him, wandered around for a bit, and then lost it all on a couple slot machines over the span of a few minutes. It didn’t matter to my dad, though; he knew the game of slots was a ruse. The main event was the buffet, which started putting out steamed crab legs around noon.

As we walked towards the car in the parking lot, I thanked him again for bringing me.

“Yep,” he replied. “No problem. Now I’ve taken both of you.” We never went gambling together again, but the important point was that both my sister and I had been able to try it out.

My Midwestern parents have always insisted on “keeping things even” between me and my sister, particularly when it came to money. While it might not be so unusual that my dad would count out the same number of quarters for us to take to the arcade when we were kids, or that my mom paid us the same occasional allowance for completed chores, it did become a more unique act as we got older.

When my sister turned 16, for instance, and started occasionally asking my parents for help with gas money (working as a cashier at the local grocery didn’t pay much), I always found the same amount they’d given her—$10, $15, $20—placed on my desk later that day. The cash usually came accompanied with a note: “Now you’re both even.” I hadn’t asked for or needed the money, and was always deeply humbled—albeit slightly confused—by my parents’ obsession to not give one daughter a dime more than the other.

Here is what I do know: My parents grew up in modest circumstances. My mom was raised on a farm—the land surrounding her childhood family home is so flat that you can see for miles—and my dad is from a town with a population of less than a thousand. They were both elated at the prospect of staying at a nice hotel or dining at an affordable-but-fancy restaurant, even once they’d firmly established themselves as successful, hardworking members of the middle class. Both educators in the public elementary school system, they were—as simply as I can put it—humble, grateful and generous… as well as hyper-vigilant about equality.

In hindsight, I’m able to see where they might have been trying to right some wrongs from their own childhoods. My parents both grew up with multiple siblings, and they both were technically middle children. As adults, they were determined to keep competition and resentment out of my sister and my relationship. This may sound privileged, like we were protected from the realities of life. But really it just meant that we had the exact same expectations, the exact same consequences, and the exact same rewards and benefits.

In fact, I have very few memories of ever arguing with my sister (until we turned into teenagers and became political), partly due to the unofficial sibling mantra: we are both equals.

My parents have continued this ritual into our adulthoods. They’ve sustained this benevolent economic equality, miraculously, even as my sister got engaged and wanted to have a big wedding, and my husband and I (who got married in the courthouse) needed a bit of help with the down payment on our first home. I’ve tried to explain that this financial generosity is no longer necessary, that neither one of us expects them to help us out any more than they already have, but they feel great discomfort at “leaving it uneven.”

I’ve asked my parents why they hold themselves accountable to this self-imposed rule, especially when neither my sister or I, to my knowledge, have ever felt the remotest sense of jealousy, resentment, or entitlement to their money. Usually I don’t get a clear answer. The last time I asked seemed as transparent as it ever would be. It was over the phone; I had called their home number, and my mom had picked up the upstairs receiver while my dad was downstairs on the same line.

“Because we can,” my dad had answered. “That’s why we wanted to keep things fair.”

It’s a simple explanation, almost vexingly so. After we said “bye,” I thought about it for a while. Once I repeated those words, “because we can,” I realized that my parents viewed their ability to provide equally for their two children—an act that requires funds, that requires stability and forethought and determination—as a massive accomplishment all on its own. Most families can only give here and there, perhaps to the one child that needs it the most, or to the child who has the most potential to do something good with it. That’s if they can (or want to) give anything at all.

But my parents—the same people who once thought that a salary of less than $20,000 for a full-time teaching position was “hitting the big leagues”—were not only lucky but also relentless in the pursuit of getting ahead, step-by-step, until they could achieve the ultimate level of generosity: giving, and giving equally.

I never asked them “why” again, although I try to thank them even more frequently for all that they’ve done.

With that gratitude for the past comes old memories I’d forgotten. I recently remembered how my dad once gave my sister a rare two-dollar bill for her birthday. He’d been carrying one in his wallet for decades and would occasionally pull it out for us to admire, but now—look—she had one of her own. My sister must have been turning 10 or 11, and when he made a big deal about how the bill was a source of good luck, we were young enough to believe him; she passed it to me so I could hold it up and look at through the light, as if it were made of glass, not paper.

He’d only had one bill to give at the time—the bank rarely carries them, and this one was my sister’s birthday gift. But he still sat down next to me with his wallet in hand later that evening. He looked solemn as he extracted his own two-dollar bill, the one he’d been carrying for decades, and said, “You’d better have this.” I immediately tried to convince him that I didn’t want it, it was no big deal, no thanks, don’t worry about it, umm, I don’t even really want one? Luckily, that seemed to work. He’d grown attached to that rare bill in his pocket—it was his favorite talisman—and thus seemed relieved when I finally talked him out of surrendering it.

Yet—and here’s the part I’d forgotten until now—it was only a few days later when I came home from a friend’s house and found an envelope placed on the desk in my bedroom. On a piece of paper next to it, he’d written, “Keep this safe.” Inside, of course, was a two-dollar bill. I don’t know whether it was his or if he’d gone to the bank and requested a new one. It didn’t matter; the feeling was the same.

Paige Towers lives in the Riverwest neighborhood of Milwaukee and is working on a book of essays. Her writing has appeared in The Harvard Review, The Baltimore Review, McSweeney’s, Midwestern Gothic, Prime Number, and many other publications.

1. We Did Good, Billfold
2. Question Wednesday
3. What I Learned From Five Years of Writing and Editing for The Billfold
4. How a Program Assistant Dealing With a New Paycheck System Does Money
5. Classic Billfold: What I Wanted From My Move to Portland and What I Got
equalityfamiliesparentsparents monthsiblings