How Mike Pence Does Money 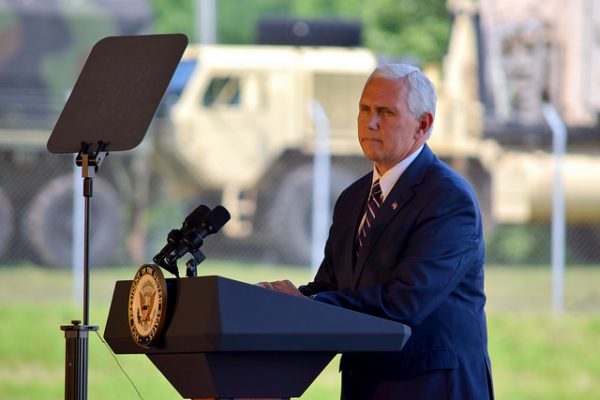 I wasn’t going to read the New Yorker’s Mike Pence article until I heard that it had an interesting tidbit about his finances:

According to a former campaign aide, [Donald Trump] was disapproving when he learned how little money Pence had. In 2004, the oil firm that Pence’s father had partly owned had filed for bankruptcy. Mike Pence’s shares of the company’s stock, which he had valued at up to a quarter of a million dollars, became worthless. In 2016, according to a campaign-finance disclosure form, Pence had one bank account, which held less than fifteen thousand dollars.

Wait… I have more than that in the bank right now. (Not much more, but still.) Does that mean I could be Vice President?

The New Yorker’s Jane Mayer explains that Pence might have agreed to be Trump’s running mate because he needed the money:

As [Mike Pence’s brother] Gregory put it to me, “If he lost, he had no money, and he had three kids in college. He took out student loans for the kids. He’s got a retirement account, but I was afraid he’d run out of money in just a couple of weeks. He’d have to get a job. He was rolling the dice.”

Is this even real? The article implies that Trump picked Pence because he needed someone conservative, with no ties to Russia, who couldn’t afford to turn him down. (Also, because Pence could quietly bring in campaign donations from rich conservatives while Trump presented himself as a successful businessman who didn’t need that kind of financial help.)

The whole article is incredible. Full of amazing Mike Pence anecdotes, like the fact that his childhood nickname was “Bubbles.” If you didn’t read it yesterday, it’s worth taking the time.

1. We Did Good, Billfold
2. Question Wednesday
3. What I Learned From Five Years of Writing and Editing for The Billfold
4. How a Program Assistant Dealing With a New Paycheck System Does Money
5. Classic Billfold: What I Wanted From My Move to Portland and What I Got
donald-trumpMike Pencemust-read longreadpolitics