When You Only Have a Month to Renew Your DACA Permit 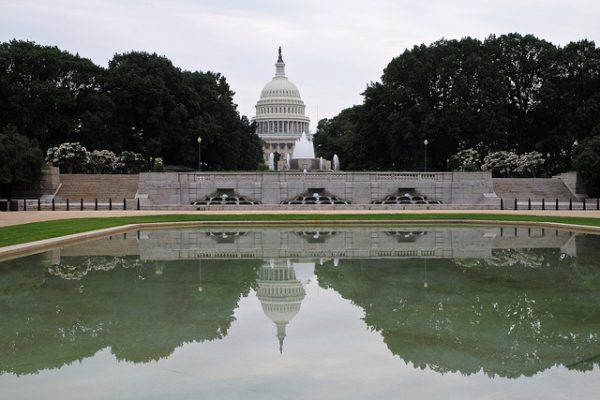 I’ve been wanting to write about everything that’s going on with the government right now: the budget that is theoretically due by the end of the month, the Affordable Care Act, DACA… so let’s start there. Specifically, with the fact that many DACA recipients now have only a month to renew their permits—and renewals aren’t free.

Alondra Alcantar says she had a solid plan in place to save for the $495 she needed to pay for her DACA application renewal in February.

The 19-year-old call center operator was going to finish paying her car off this month and was then going shift to saving up for the cost of renewal. She already had the $270 fee for the immigration lawyer taken care of and just needed three months to come up with the application fee.

Two things happened to change the timeline. First, President Trump announced that he would end DACA unless Congress could come up with a plan to fix it in the next six months. Second… well, I’ll have to quote the Department of Homeland Security on this one:

Q4: What happens to individuals who currently have a request for renewal of DACA pending?

A4: Due to the anticipated costs and administrative burdens associated with rejecting all pending renewal requests, USCIS adjudicate—on an individual, case-by-case basis—properly filed pending DACA renewal requests and associated applications for Employment Authorization Documents from current beneficiaries that have been accepted as of September 5, 2017, and from current beneficiaries whose benefits will expire between September 5, 2017 and March 5, 2018 that have been accepted as of October 5, 2017.  USCIS will reject all requests to renew DACA and associated applications for EADs filed after October 5, 2017.

This means that people who were saving up for renewals due in the next year—like Alondra Alcantar—are now trying to get together the cash required to beat the October 5 deadline. If they successfully renew, they should be able to stay in the U.S. through 2019, at which point there could be new (and hopefully better) rules.

As Splinter notes, many people are turning to crowdfunding:

Alcantar set her fundraising goal for $500. She ended up raising $1,400 in just under two hours. Her fundraiser got a boost on Twitter after Aura Bogado, a Los Angeles-based journalist, tweeted a link to the fundraiser. Alcantar told Splinter she plans on paying for her application fee and donating the rest of the money to others in her situation.

Last week, the site YouCaring.com saw a 172% increase in fundraisers with the keywords “immigration,” “DACA,” and “undocumented,” compared to the same period the week prior, according to stats provided by the site to Splinter.

So… that’s where we can start our DACA discussion, if we want. (If any Billfolders have a personal story to share, we pay writers and you can pitch me at notes@thebillfold.com.)

Tomorrow, I’ll try to sort out what’s going on with the ACA.

1. We Did Good, Billfold
2. Question Wednesday
3. What I Learned From Five Years of Writing and Editing for The Billfold
4. How a Program Assistant Dealing With a New Paycheck System Does Money
5. Classic Billfold: What I Wanted From My Move to Portland and What I Got
crowdfundingdacagovernmentI'm rooting really hard for Congress to keep DACA aliveimmigrationpolitics