The Cost of My First Burning Man, Part Two 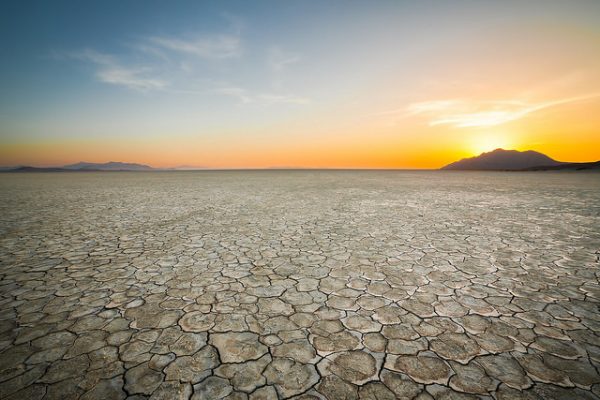 After spending $2,155.73 and many hours of my time ordering, packing, and getting waxed, it was time to go to Burning Man. Friends, I am so grateful that I went. Highlights included biking between neon art installations at night and catching up with old friends—and now I get to catch up with you and share what I spent both during and after my week on the playa.

My additional costs to get to and from Burning Man were really minimal: $12 to buy snacks on the bus to and from the event, and a $13 Lyft to the bus. I didn’t spend any money at the event itself, thanks to…

Gifting at Burning Man: $0 (plus lots of pancake-making)

One of Burning Man’s ten principles is gifting, which means that there is no buying or selling of anything at the event. Instead, attendees gift anything that they want to their fellow burners. Gifts are given with no expectation of anything in return.

Gifts can be physical objects, and might be handmade, like the multi-animal-print fanny pack I was gifted, or store-bought. One of my campmates brings tampons to give as gifts. On the first day of the event, a nice woman in a sexual-health-themed camp gave my girlfriend a high-end glass sex toy.

Gifts can also be food or alcohol (as long as your ID shows that you are 21 or older). A friend of mine who has been going to Burning Man for the last ten years is part of a camp that hosts day parties as their gift to the community. This isn’t cheap; his camp gifted $4,000 worth of champagne this year. Gifts can also take a ton of work: my camp hosted a sunset pancake and bacon dinner, and we made 900 pancakes on two camping stoves over the course of four hours. An organized attendee could probably plan all of their meals around food given out by camps. Burners often say that the playa provides; one of the highlights of my week was getting a whiskey shot with a pickle juice chaser one hot afternoon. Since the playa dust itself is so basic, acidic food and drinks taste even more delicious than normal.

Car washes in the Bay Area often charge a set amount for returned Burners: it cost $100 to get my girlfriend’s dusty car back into shape.

On the day that I came back from Burning Man, I had awful acid reflux and was too sick to get on public transportation, which meant that I left my bike overnight at San Francisco’s Civic Center using only a cable lock to secure it. As anyone who knows San Francisco can guess, as a result, I don’t have a bike anymore. A friend had given me the bike for free, but since I enjoyed biking around so much, I’ll probably replace it at some point this year.

I spent about $25 for cleaning supplies and acid reflux medicine, and look forward to spending 8–10 hours getting playa dust off my gear over the course of the next week.

Was all that spending worth it?

I thought I would come home feeling like I had spent more money than I needed to, but I used everything I bought for the trip. The one exception was some of my cooler-weather clothing, given that this was an unusually hot year. I was really happy with my costumes and that I’d paid for a shellac manicure, waxing, and spray tan; I felt cute, even though I had a pound of playa dust in my hair.

I also realized I had planned a cheaper trip (by comparison) than others had. For example, I talked to a friend who had paid $1,200 to join his camp, while my camp dues clocked in at $350. While it was uncomfortable to hang out in my tent with just a tent fan, I learned that renting an air-conditioned RV can set you back $5,000 plus cleaning fees. I also met plenty of Europeans and Australians who had flown in and would have to toss all of their gear afterwards.

So, given that I attended this transformational festival, will this have an impact on my spending going forward? I’m not going to quit my job and move to an ashram just yet, but I do see myself going to more outdoor festivals like this one. I did love my airbrush spray tan, and will probably start getting them for events.

I also feel like I’m going to spend more money on myself and my needs going forward. Normally, I’m someone who doesn’t buy very much unnecessary stuff—for example, I have three pairs of jeans right now, which seems like an excessive amount to me. In a weird way, spending all that money on Burning Man prep—and using everything I bought—makes me feel like my “it’s okay to buy stuff” switch has been flipped, and I’ve noticed myself being more willing to buy things that make my life easier.

For example: I’m in graduate school, and was willing to actually buy textbooks this year after coming back from Burning Man. Last year, I checked them out from the library or just didn’t do the reading (I’m in a field where graduate school is more about learning how to think than picking up specific content knowledge). I’m interested to see if this is a permanent change in how I want to do money or if it’s more short-lived. After all, I’ve only been back from Burning Man for a week.

Hannah M. lives in Oakland, California, and recommends Burning Man to anyone who is interested.

1. We Did Good, Billfold
2. Question Wednesday
3. What I Learned From Five Years of Writing and Editing for The Billfold
4. How a Program Assistant Dealing With a New Paycheck System Does Money
5. Classic Billfold: What I Wanted From My Move to Portland and What I Got
burning-manthe-cost-of-thingstravel