The Cost of Applying to Grad School 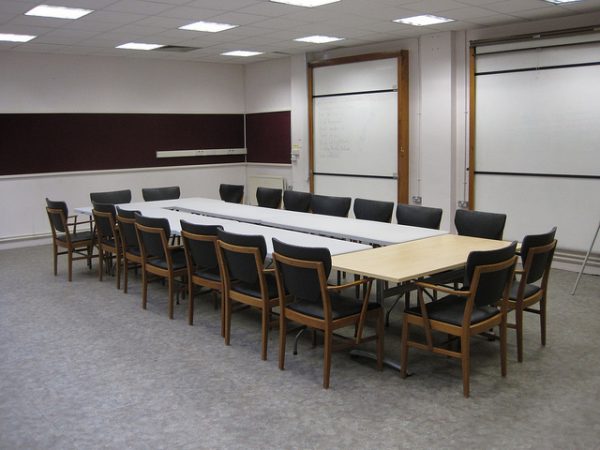 I’ve reached a point in my writing career where I’ve decided to apply to graduate school. Specifically, master’s programs in journalism. I’m a full-time freelance writer and journalist, but I don’t have formal journalism training beyond a few college courses.

I also don’t have newsroom experience, which is often the key to landing a staff writer job. I wasn’t involved with the media industry as a student, and even if I had been, I couldn’t have afforded the unpaid internship that is expected of ambitious young people. I had to work.

Now, I’m hoping J-school can not only provide a solid media education, but also help open doors that were previously closed to me because of my socioeconomic status.

When I applied to college seven years ago, my application fees were waived due to financial hardship for all 11 colleges and universities at which I applied. I grew up in a working-class household, often under the poverty line, that relied on social programs like Medicaid and food stamps to survive.

I applied to those 11 schools to see which one would offer the most funding. I wanted higher education institutions to compete for my enrollment. I couldn’t afford to go to wherever I wanted, unlike my classmates with long lists of acceptance letters. For me, a degree unfortunately came down to the money.

Fortunately, my alma mater–a small public state college–offered me one-year free if I passed a six-week summer session. I did, and got my first year paid for; during the following three years of my undergraduate career, I struggled to work several jobs, scrap together financial aid, and snag scholarships from anywhere and everywhere.

This time around, I’m applying to eight different graduate programs for the same reason: money. While each and every program appeals to me, it unfortunately comes down to a capitalist competition of who will have the best offer.

One way to make the application process easier on economically disadvantaged students is to waive application fees entirely. Some institutions offer this already, but many of them don’t.

For instance, half of the schools I’m applying to offer fee waivers, saving me $315. However, the total cost of application fees for the other four schools come to $350. Although these fees won’t need to be paid until this winter, I’m already cutting back on expenses so I can afford to pay them. (I’m also only applying to schools that don’t require the GRE because of the affiliated costs.)

I wish education access weren’t like this. I wish higher education were accessible to everyone, regardless of the price tag, so I wouldn’t have to spread my application efforts among so many schools in the hopes that one might give me an offer I could afford. I’d like to be able to genuinely commit to a smaller handful of programs. I’d like to feel as if I had a greater sense of control over where I might end up living and studying next year. I’d also like to not have to invest a large amount of money—and yes, $350 is a large amount—before I know whether any of these schools are interested in investing in me.

Application fees are one of the first barriers that working-class and poor applicants face. Since the cost of higher education is so high, a college education is typically designed for those who can afford the investment, which, during the 2014–2015 academic year, averaged $25,409 at a four-year public institution, according to the National Center for Education Statistics.

The same report states that a four-year public institution cost approximately $12,922 during the 2000–2001 academic year, so the cost of higher education is increasing rapidly—and that doesn’t even account for private nonprofit and for-profit institutions.

We can advocate for increasing government funding for students, as well as decreasing the cost of higher education across the board. We can also advocate for free higher education for all, like other countries offer all across the world, if you’re radical enough. For now, we can start by by pushing for application fee waivers at every higher education institution. That way, people like me wouldn’t have to save up for months just to be able to apply.

Danielle Corcione is a freelance writer. Their work has appeared on Teen Vogue, Esquire, Vice, and more. To learn more about their work, visit daniellecorcione.com or follow them on Twitter via @decorcione.

1. We Did Good, Billfold
2. Question Wednesday
3. What I Learned From Five Years of Writing and Editing for The Billfold
4. How a Program Assistant Dealing With a New Paycheck System Does Money
5. Classic Billfold: What I Wanted From My Move to Portland and What I Got
application feescollegegrad-school