How a Low-Income Household College Student Graduated Without Massive Debt 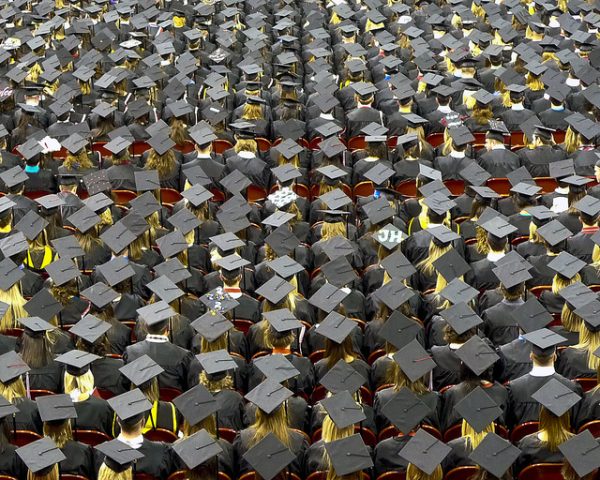 As a high school senior, I applied to a dozen colleges and universities throughout the Northwest, all out-of-state and mostly private. I’d hoped for a full ride somewhere, but when I got my offers, I realized the best one would still leave me $80,000 in debt. I felt uneasy towards committing to something so expensive when I wasn’t even sure what I wanted to study.

I also applied to one public college in my state, which offered the most attractive aid package. It was three hours away, so I’d get to live on campus and explore a new area. Because of my family’s financial status, I was eligible for a year’s worth of free college at this institution if I maintained my GPA. For the three years after that, I would have to rely on financial aid from the government and scholarships—and my own cash to fill in the gaps.

During the fall, I desperately looked for work. I applied to every opening. I checked the campus student jobs site every morning and again at night before bed. I even stomped to each department with my resume, only to be turned away since they weren’t hiring. Since it was election season, and I’d been involved with the campus political community, I was eventually hired to canvass door-to-door for candidates.

At the end of the fall semester, a friend that worked in the campus library told me to apply for a library job on the first day of the spring semester. (Timing is everything.) After a quick interview a week later, I got the job.

But my job search wasn’t over yet. While this was a victory worth applauding, I still had $4,000 to pay by next fall and this part-time library gig was only $9 an hour. I’d been running out of savings ever since I started college. It wasn’t enough. How was I going to pull this one off? I applied to be a Resident Assistant for the perks—free housing and meals — but I didn’t make it beyond the second round of interviews.

Everyone told me to take out loans. However, I didn’t want to become vulnerable to debt once I graduated, especially after being raised in a low-income household. In four years, I didn’t want to fall behind on loan payments on top of the possibility of unemployment or underemployment. While both my parents started college (without student loans), neither finished their degree programs. This whole experience was new to me, and the only narrative I’d heard was the indebted, unemployed, recent college graduate.

Isn’t that why I was going to college in the first place — to escape the cycle? To have better career and financial opportunities than my parents had? Despite my anxiety about the precarious job market, I had hope. I was different. I started doing my own research and scheduled an appointment with a financial aid adviser to answer my questions.

Stafford loans seemed to be plausible, but what if they didn’t cover tuition and board? My adviser began explaining the Parents PLUS loan when I interrupted, “My parents have horrible credit and they don’t make enough to support me.” On my FAFSA, my EFC (Expected Family Contribution) was $0.00. My parents’ poor credit meant also meant I was ineligible for a loan with one of them as a co-signer, which worked in my favor because it helped me receive a larger loan amount.

After working over the summer, I managed to pay off my third semester with loans. (No, I wasn’t able to earn the $4,000 I needed on my own—even though I tried.) I was fortunate to be in school, but I was still nervous about my post-graduate fate. I entered college as a biology major on the pre-med track, but by this point, I was double-majoring in literature and communication.

In December, I was invited to interview again for the RA position. I was offered the job two weeks later. From that point on, I told myself I’d never take out another loan again. I was different.

Working in Residence Life took a toll on me. I was suddenly handled a ton of responsibility, especially working in a first-year residence hall. I still worked at the library, too. When I wasn’t working or studying, I was active in student organizations, presenting at academic conferences all over the country, and volunteering for nonprofits — I even studied abroad over the summer on full scholarship. I was preoccupied with pre-professionalism. I’d look to my more “well-off” friends on campus that had significantly more freedom.

By the fall of my junior year, I accepted another side gig with a professor, working on a small project for the Honors program. I continued to canvass at night for political campaigns during election season. I was envious of my classmates that worked much less than me, but I knew it would pay off. I was different. Even when I accepted an unpaid (but required) internship in the spring, I managed to juggle all my priorities without my grades suffering.

When I lost my RA job a year later mid-semester, I couch-surfed until a few days before Christmas. I also was in the process of applying to semester-long study abroad programs. I needed all the financial and emotional support I could get. Everything seemed precarious, but I was different. I’d find a way.

In the spring, I ended up taking out a small loan. After all, I’d be spending four months in Bangalore, India, which ended up being much cheaper than a typical semester living on campus. In hindsight, it was one of the most rewarding opportunities I had in college and — wait for it — I didn’t work for the first time since I was 18.

I graduated last year with short of $8,000 in debt. I’m relieved to not only have monthly payments under $100, but also to be successful in my career. This month, I’m leaving my full-time job at a marketing firm to freelance full-time.

While my undergraduate career was incredibly stressful, I still feel like my story has a happy ending. Many college graduates face massive college debt while still unemployed or underemployed. I managed to dodge an overwhelming amount of debt, but it requires a great deal of responsibility not everyone can take on.

Remember: I went to a low-cost, public college in my state. I had part-time jobs throughout my entire college career and full-time jobs during the summers (except the four months I spent in Bangalore). I got scholarships and federal financial aid. I still couldn’t pay the entire cost of my college education on my own.

In that aspect, I’m not as different as I hoped to be.

Danielle Corcione is a freelance writer based in Omaha, Nebraska. Her work has recently appeared on Salon, Upworthy, and more. Follow her on Twitter via @decorcione.

1. We Did Good, Billfold
2. Question Wednesday
3. What I Learned From Five Years of Writing and Editing for The Billfold
4. How a Program Assistant Dealing With a New Paycheck System Does Money
5. Classic Billfold: What I Wanted From My Move to Portland and What I Got
collegeeducationstudents