Should I Let My Parents Subsidize My Life? 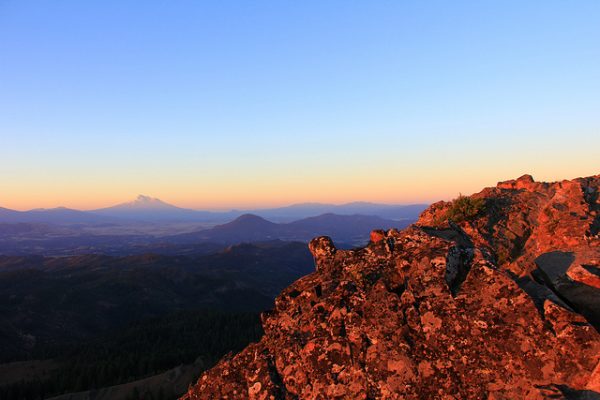 The Christmas I was 18 years old, I asked my parents for a single but expensive gift: an ultralight backpack that would cost around $200. I was getting into long-distance hiking, planned on doing the 2,650 mile Pacific Crest Trail in a couple years, and thought it would make sense to start slowly accumulating the gear I would need. After all, a lot of it wasn’t cheap. A tent could cost upwards of $400, as could a high-quality sleeping bag. I assumed if I could forgo typical presents like clothes and books for all the upcoming holidays, my family could use the amount of money they would’ve otherwise spent on my gifts to put it towards my gear.

One day that December, my dad and I drove to the local outfitters to buy the backpack we agreed would be my Christmas gift. I wasn’t sure which brand I should get, and wanted to try some on to make sure I got one that fit. After deciding on a Gossamer Gear pack, I headed towards the cash register—but my dad lingered, making his way over to the sleeping bags.

“You need a sleeping bag, don’t you?” he called over to me.

“Yeah, but they’re really expensive. I’ll get one later,” I replied.

“We might as well just buy one while you’re here,” he countered.

By the time we left the store, I had in my hands a new backpack, sleeping bag, tent, and Patagonia raincoat. Total cost? Almost $1,000.

“Thank you so much, Dad,” I offered, almost apologetically.

I don’t recount this story to brag. In fact, quite the opposite. My parents buying stuff for me makes me uncomfortable, even though they’re wealthy and can afford to. In addition to shopping sprees like the one I just detailed, they pay for my phone plan and for plane tickets home. They pay for my health insurance and dentist appointments. They even pay for me to get my hair done a couple times a year.

I am 20 years old now. A year-and-a-half ago, I dropped out of college by choice. Since then, I’ve alternated between doing seasonal work at guest ranches and going on long-distance hiking trips. I’m not overly ambitious when it comes to embarking on a career path; right now I’m prioritizing the freedom and flexibility that seasonal work provides. I’m also very careful with my money. I have a small but significant nest egg from money I made on Etsy in high school, which is currently invested in stocks and index funds. I seek out jobs at ranches that provide housing and food at no cost, in addition to an hourly wage. Without a car to get me into town (where all the spending opportunities are), that means I save almost all my money when I’m working. I know that, financially, I would get by just fine without my parents paying for anything.

Maybe my parents showing their support every once in awhile shouldn’t bother me, but part of me thinks I shouldn’t let them pay for the things they do. “Are you sure you want to keep paying for my phone?” I ask them every time I come home. They always shut me down, and say that it isn’t a big deal. I think about insisting on getting off the family plan, but it seems like a battle between ego and logic. I want to be independent and take care of myself, but isn’t it silly to say no to their offer to lift a small financial weight from my shoulders?

I wonder if it would be more fulfilling to take the hard way more often. When I got injured on my Pacific Crest Trail thru-hike this summer and had to take two weeks off, my parents flew me back home. If I hadn’t had that option, maybe I would’ve taken pride in being forced to do a work-for-stay stint at a hostel. When the group I was hiking with broke up and I solo hiked for a thousand miles, there were times when the only option was to hitchhike into town. My mom didn’t like when I hitchhiked alone, and it did admittedly make me nervous, so she paid for me to take Uber rides sometimes.

At the end of the day, I’m grateful for my parents’ generosity. Knowing that they are always behind me has allowed me to live more adventurously, focus on what I’m passionate about, and take more risks. I’m aware that not everyone has the same opportunities and privilege I do, and that I’m incredibly lucky to be in the situation I’m in. The question is: at what point is it time to break away and fend for myself?

Just last week, still thru-hiking, I developed a bad case of Achilles tendinitis, and needed to get off trail in order to rest for a few days. Seattle was only an hour away, so I decided that I would spend my days off there. The problem? There was no public transportation to Seattle, and no Uber cars available in the area. After getting lunch at a gas station, I let out a long breath, headed to the side of the road, and stuck out my thumb. Tourists in shiny cars flew past me, avoiding eye contact, until finally a Honda pulled over. I ran over to the car, and saw that it was a middle-aged man who had stopped.

“Can I take a picture of your license plate, since I’m traveling alone?” I asked him. I figured his response to this question would tip me off on what kind of person he was.

“Yeah, no problem!” he said without hesitation. He seemed to understand and respect the concerns of a female solo traveler.

On the way to Seattle, he told me about growing up in India, and the jungle treks he’d taken in his youth. By the time I got out of the car, I was high on the thrill of my successful hitchhike. How amazing is it that by putting your faith in the kindness of others, you can get around for free in addition to meeting wonderful people?

At a coffee shop downtown, I called my parents to update them on my whereabouts.

“Why don’t we pay for you to stay in a hotel while you’re in Seattle? Then you can have easy access to an ice machine so you can ice your foot,” my mom said.

“What’s the point of having money if I can’t even spend it on my daughter? You aren’t asking for a hotel room, I’m doing it because I want to do something nice for you,” said my dad.

“Don’t be such a purist, fuck! Just cancel it.”

When I said that I wouldn’t cancel my hostel reservation, my parents protested a bit more, but then peaceably moved on to other topics. They were a little exasperated by my stubborn refusal of their gift, but weren’t angered or hurt by it. When I hung up the phone, I felt good.

It’s not easy saying no to free money, especially when I know it’s not going to break the bank for my parents. And I can’t say that I have the discipline, or desire, to completely cut myself off from their gifts. However, I think there is something to be gained from striking out on my own, as well as a confidence I will acquire when I make choices that force me to step up and become more self-sufficient. Since I’m a long-distance hiker, I know that those kinds of choices—and that kind of change—comes one step at a time.

Caroline Tillman is a freelance writer and seasonal worker. She’s obsessed with long-distance hiking and minimalism. Follow her on Instagram @carolinektillman.

1. We Did Good, Billfold
2. Question Wednesday
3. What I Learned From Five Years of Writing and Editing for The Billfold
4. How a Program Assistant Dealing With a New Paycheck System Does Money
5. Classic Billfold: What I Wanted From My Move to Portland and What I Got
familymoney and relationshipsparentstravel