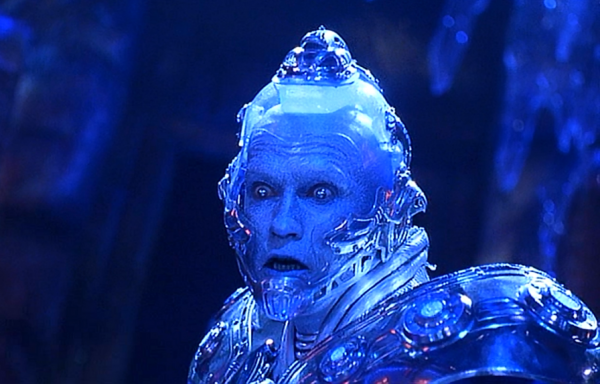 Last week, Equifax announced that hackers had gotten access to the names, birth dates, addresses, and Social Security Numbers of as many as 143 million Americans.

Equifax learned about the hack in July—and the hack itself might have taken place in May—but a lot of people are trying to figure out what they can do right now to prevent hackers from stealing their identities or charging random stuff to their credit cards.

One thing we can do is request a credit freeze from Equifax. This means that if a hacker tries to open a new credit card or take out a loan in our names, the financial institution granting the loan won’t be able to pull our credit to determine whether we’re creditworthy. No credit pull, no money for the hackers.

I didn’t bother with the credit freeze because so far Capital One’s CreditWise has sent me an email every time a financial institution has requested to pull my credit, but people who did learned that they would need to pay Equifax for the privilege. Credit freeze fees differ by state, which is just one more example of how the credit system is flawed and bizarre, but they tend to cost around $10–15, and you have to pay again to lift the credit freeze.

But, as The New York Times reports, Equifax has decided to freeze its credit freeze fees for the next thirty days.

This is an interesting story because Equifax does not appear to have made a public announcement regarding this change. Instead, they’re announcing it via Twitter reply:

Hi! In response to consumer feedback, we are waiving all fees for Security Freezes for the next 30 days. -Tim

All Equifax Security Freeze fees will be waived at this time. For more info, check out https://t.co/25ZIMEuql5.

As of this writing, securityfreeze2017.com doesn’t go anywhere: 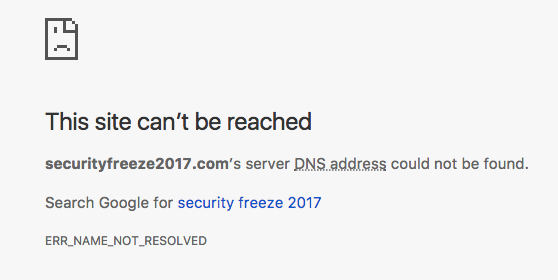 I’m assuming the public announcement and the website will appear later today, but who knows what’s really going on? First we were supposed to sign up for a free year of TrustedID, then we weren’t because it meant we couldn’t seek arbitration, then maybe even dropping our names in the Equifax “did you get hacked” form meant we couldn’t seek arbitration, then people learned that putting “Test” and “123456” in the form returned the message that we might have been hacked, then we learned that Equifax removed the “you can’t seek arbitration” clause, and now this.

Also, if you go read the NYT article that tipped me off to this update because I wasn’t actively following Equifax’s Twitter replies, you’ll learn that Ron Lieber has a lot of questions about this change in policy. For starters:

1. Will temporarily lifting a freeze also be free for the next 30 days, or just the placing of a freeze?

Yes, he’s got a whole list—and yes, I want to know the answer to that question too! I guess I have to go follow Equifax on Twitter now.

UPDATE: TechCrunch writes that securityfreeze2017.com “is not an Equifax site but is an unregistered domain that would be a great place for any hackers to register and stake out.” The actual site is equifaxsecurity2017.com.

1. We Did Good, Billfold
2. Question Wednesday
3. What I Learned From Five Years of Writing and Editing for The Billfold
4. How a Program Assistant Dealing With a New Paycheck System Does Money
5. Classic Billfold: What I Wanted From My Move to Portland and What I Got
creditcredit reportscredit-cardsequifaxis Twitter reply legally bindingtwitter