The Lies We Tell the People We Love 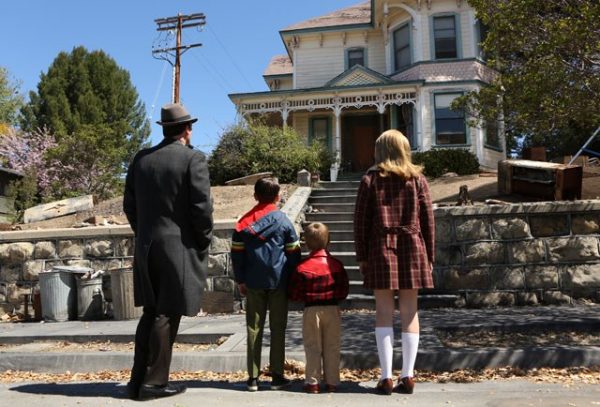 When you’re a teenager, your options for date nights are fairly limited. There’s dinner and a movie, bowling, or spending hours walking through the mall. As the two of you get closer, though, it makes sense to take the next step—hanging out at each other’s houses.

When I was 16, my boyfriend did his best to keep that from happening. We spent a lot of time at my house, and he frequently made excuses for why it didn’t make sense to go to his. It was too far away, his younger siblings were annoying, his parents had company over, etc. But visiting his home eventually became an inevitability—and the day of our first hangout at his place, he began one of the weirdest lies I’ve ever been told by a partner.

On the way over, he set the stage for his lie: his house was undergoing renovations, and his family had temporarily moved into a small trailer until those renovations were complete. That explained why he had never wanted me to visit before—it would be cramped, with five people and a lot of boxes. He even pointed out a large, two-story brick house as his “real house.” But when we arrived at the trailer, the story started to unravel.

There were no boxes, no signs of being in transition. It was clear that this trailer had been lived in for a long time. Despite it being an obvious lie, he kept it up for the length of our relationship, which lasted over a year (which is approximately nine teenage years). I never brought it up or insinuated that I didn’t believe him, because I knew he’d be too embarrassed. The story he told was unnecessary for multiple reasons, the primary one being that my family also didn’t have money, and I’d spent my fair share of time living in a single-wide trailer. Of all the people he could have dated, I was more than understanding when it came to financial struggles.

But, despite how ridiculous the scenario seemed, I was never confused about the implications. When you start dating someone, it’s hard to trust them with the truth about your—or your family’s—financial situation. The fear of being honest isn’t entirely unjustified, since there are plenty of people for whom money is at least a partial determinant of whether or not the relationship can work.

My high school boyfriend might have told a particularly obvious lie, but all of us are guilty of similar falsehoods. Few things can hit a budget harder than becoming smitten with someone. It can be immensely hard to say no to a person you literally can’t stop thinking about, even though “constant dates with a new person” isn’t a line item we’ve worked into our budget. Each time we agree to go out, knowing we’re both paying for a meal we can’t afford and throwing away the leftovers we had planned to eat, we’re lying about our financial situation. We’re creating the illusion that we have more discretionary money than we do, or that this type of spending doesn’t make us secretly anxious.

If we decide to say no, that usually comes with a lie as well. “I’m busy tonight.” “I already ate.” Or my favorite, which I strategically sent nine hours later: “I didn’t see your text, sorry!”

We also tell other kinds of lies on dates: we lie about our jobs, claiming to be higher on the corporate ladder or rounding our salary up when it would be more accurate to round down. We lie about our families. We lie about our homes. As ugly as it is, money does matter. What you have and what your family has does mean something, and no one is unaware of that truth.

It’s not revolutionary to assert that if you can’t be honest with the person you’re seeing, the strength of the relationship should be called in to question. But it’s also not always that simple—especially on first or second dates when you’re not even sure you’re “seeing” the person yet. Lies or misrepresentations about the state of our finances aren’t always made to be intentionally deceitful. They’re made because financial anxiety is an exhausting, all-encompassing feeling that some of us have felt since childhood.

That feeling can occur anywhere on the financial spectrum. In a different relationship, a guy actually understated how much money his family had, because admitting that he had access to money whenever he wanted it would have been devastating to his punk rock credibility.

This is the part of the essay where I should urge you to skip the lies the next time you go on that first date. Being truthful about where you are financially—and open about where you want to be in the future—is not only important to your own personal growth, but also important to the strength of any budding relationships.

But I know we’re not all going to do that, for reasons that are as complicated as the excuses my high school boyfriend made about his family home. Instead I can only hope that we’ll all have the courage to reveal our financial truths as we get to know the people we’re dating, which might start with an admission that we can’t actually afford that date. It’s a good way to see how the other person will respond, but it’s also a good way to practice the type of financial honesty that will help us overcome some of that anxiety that keeps us from being fully open with other people—and with ourselves.

Because money does matter—which is why we have to talk about it with the people we love.

1. We Did Good, Billfold
2. Question Wednesday
3. What I Learned From Five Years of Writing and Editing for The Billfold
4. How a Program Assistant Dealing With a New Paycheck System Does Money
5. Classic Billfold: What I Wanted From My Move to Portland and What I Got
datingliesmoney and relationships