I Paid Off My Husband’s Student Loans 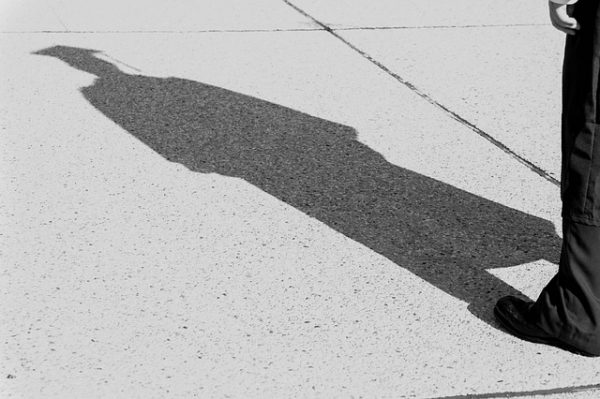 My family lived in a modest house growing up, and we never had expensive hobbies, toys, trips, or camps. My sister and I spent most of our time reading books from the library. My parents scrimped and, while we were fine, there was a definite value on the dollar in our home.

Meanwhile, every few years, my grandparents would give me and my sister and all our cousins thousands of dollars.

I don’t know what my cousins did, but my sister and I saved our money. We didn’t need it, and there never seemed to be anything in our childhood that was worth more than having some money in the bank. It didn’t seem real, though, since we didn’t spend any of it; I still saw myself as the girl whose family talked about money with care and picked the cheapest of everything. I saw myself as practical and middle class and ordinary.

I got lucky with college—I got a good scholarship that provided my tuition as well as room and board. I worked summers and part-time during the school year to offset any expenses I accrued. It meant no debt, and it also meant that the $40,000 that had been slowly percolating for years in my bank account also stayed intact.

I thought of the money as a Plan B so many times; when I went traveling, when I chose a low-paid career in writing and teaching, when I chose to take time off between jobs. But that’s all it ever was: Plan B. I didn’t spend it, so it seemed different to me than the money that I saw other parents using to offset the low wages their children made in high-cost areas of the country, or to assist with college. I didn’t talk to anyone about it though, so I didn’t get a second opinion.

Enter the boyfriend. My boyfriend had a pretty similar background, with two notable exceptions: he had no savings to speak of when we met after college, and he had paid his own way through college by taking out loans. About $40,000 worth.

We were very compatible, having a pretty similar sense for how much we were willing to spend and how much we preferred to save. We had a generally prudent outlook without being in a position to put much money away yet. As we got serious, he was starting his career and I was finishing up graduate school. He started paying minimum payments on his loans, talking to me about the 7 percent interest he had to pay on them.

“You know,” I said casually one day, “it would make more sense for me to pay those off than for you to keep paying 7 percent interest on them. You could pay me back over time, no interest. It’s a way better investment than the .05 percent interest I’m making now.”

His face changed as he processed this. “You have enough money to pay off my student loans?”

It was then that I realized how the money I never spent, money I had never even mentally earmarked for anything, had made me a rich kid. Not every rich person, it seemed, had a bunch of overpriced status items, and not every rich person had a high-power job. Having money to cushion a financial fall, or to wipe out a debt in a few quick payments, was what wealth really looked like.

He declined my offer, and kept paying on his debt for the duration of the time that we dated.

After we decided to marry and made it through the wedding, we set aside our emergency fund and used the rest of our saved money, including my $40,000, to pay off the rest of his loans. Not having the money felt not that different from having it—but being one of the only couples we knew who weren’t paying down debt month after month? That was rare, I knew.

My husband and I don’t really argue about money. We make enough, we pay ahead on our mortgage, and we save up to buy reasonably priced used cars in cash. It isn’t where I saw myself, a working-artist free spirit, in college; I always assumed that the Plan B money would catch me after a bad lay off or a dry spell in writing or teaching. It is strange to have something to show for that money; if my husband had paid his debts off over 10 years, it would have cost an extra $12,000 in interest.

What is stranger is that I cannot see myself the same way; when I used to see friends living above their means, buying things on credit cards or having their rent paid by parents in expensive cities, I thought they were spoiled. I’m slowly realizing that they may be making different choices with their money than I might have, but I’m just as privileged—and if anything, I had more freedom to put my Plan B money anywhere I wanted. It was an important step down off my high horse, and a reminder that most people around me are fighting tough money battles all the time.

Most of all, having that Plan B and choosing to use it on my husband’s loan burden made me grateful—for parents who taught me frugal habits, for grandparents who saved intensely for their grandchildren, and for the luck that brought me to where I am, since worse luck could have wiped out my savings a long time ago.

1. We Did Good, Billfold
2. Question Wednesday
3. What I Learned From Five Years of Writing and Editing for The Billfold
4. How a Program Assistant Dealing With a New Paycheck System Does Money
5. Classic Billfold: What I Wanted From My Move to Portland and What I Got
debtmarriagemoney and relationshipsstudent-loans