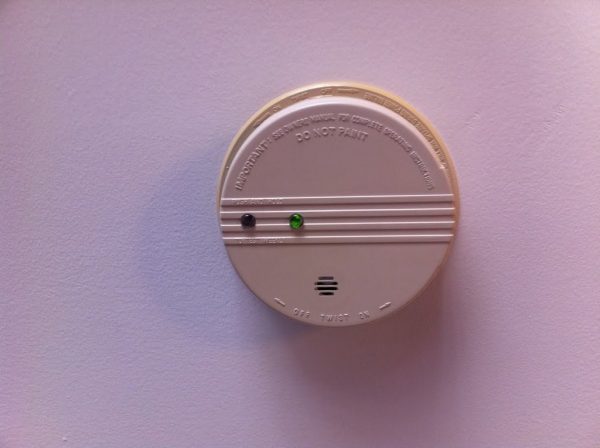 Everyone needs an emergency fund. So goes the received personal finance wisdom. If you’re a property owner, they add: You need it for when the boiler breaks down.

The reason people so often talk about the boiler as being your big emergency is because it’s probably the most expensive emergency most homeowners are likely to encounter, barring structural work or some kind of disaster like a fire or a flood.

But in our case, the big emergency wasn’t the boiler. It was the electric water heater.

My girlfriend and I bought a flat in London just before Easter this year. We were feeling pretty pleased with ourselves—we’d found a flat we liked, within our budget, and successfully bought it. We’d moved in without too much difficulty, and not argued too much about what color to paint the living room (gray). We were working on our emergency fund, trying to get up to three months’ worth of expenses before we started saving properly for any of the other things we wanted to do: replace the badly-fitted wardrobes in the bedroom, rip out the bath and put in a walk-in shower, eventually redo the kitchen. We’d even made plans for our first bit of necessary maintenance — spending a few hundred pounds to replace the noisy, temperamental extract fan in the bathroom with a newer, quieter one.

And then one Tuesday morning, at around 3 a.m., the smoke alarm outside our bedroom door went off. It took both of us a couple of moments to react, but we jumped out of bed and went into the small hallway. The alarm stopped beeping almost as soon as we opened the bedroom door, and we couldn’t hear any others going off—but when I opened the front door, stepped into the corridor and looked back into the flat, it was clear there was smoke in our flat. We checked the obvious places: the kitchen appliances, the other big electrical items. We opened the windows and couldn’t see or hear anything untoward from any of the surrounding flats or houses.

“Who do you call if your smoke alarm goes off but you can’t find a fire anywhere?” I asked, wondering if I was missing some obvious answer. The Grenfell Tower fire had only been the previous week, and it was hard not to let my fears run away with me.

We decided to see if there was any movement elsewhere in the building, and as we went to the front door, I noticed a flashing red light coming from the nearby cupboard.

This cupboard was, in all seriousness, one of the reasons we bought this flat. The building is only twelve years old, and newer properties — particularly flats, particularly in London — are not known for their storage. But this flat had a comparatively huge cupboard, with shelving and hooks for storage, as well as hiding away the meters and the (conveniently labeled) fuse board.

I turned off the heater, and then turned it off at the fuse board, thanking whoever labelled up the fuse board with a little picture and a note reading “water heater.” A quick Google had the number for an emergency plumber, and the promise that he would be with us within an hour and a quarter.

The plumber was quicker than expected, turning up within half an hour and quickly diagnosing the problem as a burnt-out circuit board.

“I’ve never seen one like this before,” he said, shaking his head at the melted plastic and wires. “It’s a good thing your smoke alarm was working.”

Us turning the machine off at the board had prevented the problem getting any worse, and he assured us that the unit was safe and that he would have a quote to us the following day. Nevertheless, neither of us got much more sleep that night.

I work as a quantity surveyor — a cost consultant in construction — so I was able to estimate the cost of getting the unit replaced at around £2,000 (roughly $2,600 USD). This was based on the cost of what seemed to be an equivalent unit (£800), the likely tools and materials (£350), labour (£500), and the all important tax on everything (20 percent VAT).

£2,000 was also, coincidentally, about half of what was left in our emergency fund after paying £260 for the emergency plumber. To me, this seemed like a manageable amount to deal with — not the £2,000 necessarily, but the knowledge that this emergency would only cost us half our emergency fund. It made me feel like we were actually doing okay — we’d set aside the money, like everyone told us to, and we’d set aside enough.

So when my girlfriend called me to say that she had the quote and it was almost £4,000, my sense of calm disappeared. It should be noted that both my girlfriend and I have individual emergency funds as well (the Story Of A Fuck Off Fund is a source of great inspiration for me), along with other savings pots and decent credit limits, so wiping out our emergency fund wouldn’t be the end of the world. But the idea of shelling out the whole amount in one go, just two-and-a-half months after we moved into the flat, was not filling me with joy.

Over the next week and a half, we spoke to more engineers (some helpful, some less so), and my girlfriend was luckily able to work from home on multiple occasions to let the engineers in so they could quote. To our great relief, the £4,000 quote was the outlier, and other quotes came in between £1,900 and £2,600. A little more research told us that the company who’d given the original quote were known for their high prices, and while their standard of work was generally good, they weren’t the people to go to if you were looking for value for money. In the meantime, we had cold showers and boiled the kettle a lot so we could wash up. We also learned more about vented and unvented water heaters than either of us ever expected to know.

In the end, we picked a quote from the middle of the pack: just over £2,100, based on the unit itself (a newer model from the same manufacturer) plus a bit of convenience. The nicest company I spoke to couldn’t fit a new unit for two weeks, and we were going away and had friends using our flat while we were on holiday, whereas the manufacturer’s recommended installer had the units in stock and would treat it as an urgent call (as we had no hot water). Decision made, I called up and booked the visit. The following day, my girlfriend had yet another morning working from home, and by the time I got home that evening, we had hot water again.

We were lucky in a number of ways: the smoke alarms worked and woke us up, the fuse board was labeled so we could quickly make everything safe, it happened during a heat wave in London so the cold showers were actually pretty pleasant, and we had the money available to pay for the replacement heater. But, having dealt with our first emergency expense, I’m starting to wonder how much would need to be in our emergency fund for me to stop worrying. After all, we wiped out half of our fund in one phone call, and it set us back six to twelve months on our path to saving three months of expenses.

The warm glow of successful adulting I had previously been feeling has definitely dimmed. But then I remind myself that the emergency fund did its job — it let us pay for an emergency expense without impacting any of our other costs. So we weathered this first emergency, and we’ll hope that we get to the three months of expenses without anything else catching on fire, and those new wardrobes will just have to wait a little longer.

Ellie lives and works in London, and spends her free time borrowing too many books from the library.

1. We Did Good, Billfold
2. Question Wednesday
3. What I Learned From Five Years of Writing and Editing for The Billfold
4. How a Program Assistant Dealing With a New Paycheck System Does Money
5. Classic Billfold: What I Wanted From My Move to Portland and What I Got
emergencyfuck-off-fundhalfway-therehomeownershipmoney