You Should Be Making A Will. Like Right Now. 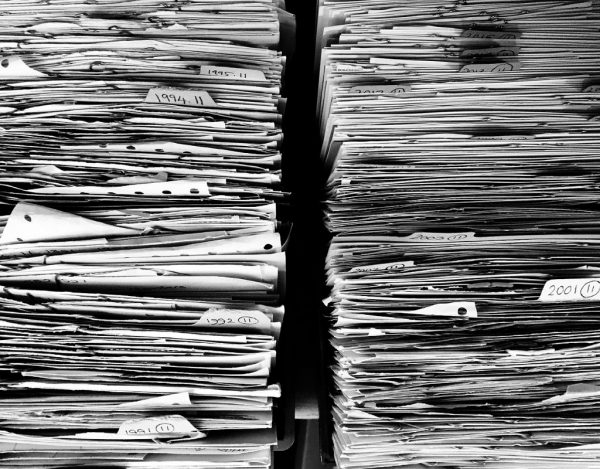 This is the tale of two deaths. One was my father, who died at age 42. The other was my grandmother. She died in her mid-seventies.

Neither of them left a will to determine what we were to do after their deaths. It was a disaster each time.

As I’ve mentioned before, my dad had some problems with money. More than “some,” actually. He was crippled not only by delusions of grandeur a la bipolar disorder but also a woeful misunderstanding of how sustainable wealth can be acquired. That makes for a real mess post-departure.

My Harsh Lesson About Being “Rich In Assets”

The fact that my dad had nothing of real worth when he died of suicide was almost inconsequential. What he did have was spread out in every direction. As his legal heir, I became accustomed to receiving calls from creditors asking for payments. More than once I had to produce a death certificate from my college town, 128 miles away.

Things became even more complicated when I found out about the house. It was one of my childhood homes, and it now technically belonged to me. But Dad’s debt was staggering. In my 19-year-old state of grief, I signed it away. Better to chuck it into the bank’s gaping hands than have two mountains of debt to handle.

Dad also owned a boat, something I’d only heard stories about. Thankfully it was to be repossessed. I say thankfully because I was able to see it before it was taken away. It was a lovely thing, compact and pleasantly old-fashioned in the style of a 1970s RV. I had no idea it actually existed until a year and a half before my dad had left it to me.

My dad’s life ended in chaos because there was too much mystery attached to it. My mom (his ex-wife at the time) finished discovering and negotiating away his credit card debt eight years after he passed. The bank didn’t know if I was the legal heir to this mess or if she was. We had no map. We had no time to mourn.

My maternal grandmother was one of my financial idols. She lent me money a few times in college because I was “an investment.” She traveled often, took fitness classes, and texted me frequently. More than once she bitched about men her age trying to find wives just so they could have “a house of their own” to stay in. As if. Grandma had a master’s degree and the ability to take road trips. She’d earned every bit of this.

Her death was very different from my father’s. Grandma passed away in her sleep, in her living room armchair. She was due to drive up to visit my family in Oregon the next day. Within 36 hours of her passing, her sons, concerned that they hadn’t heard from her, broke into her house and found her.

It might sound cruel, but I barely cried at Grandma’s funeral. She’d led a full life, and ended it both peacefully and with virtually no pain. Her clothes were laid out on the bed for her trip, her travel itinerary written on a notepad beside them. On another notepad, in a different area of the house, lay a more general task list. The very top item was ‘WILL.’

My grandmother’s sons, my uncles, expediently went in to claim the house and as much as they could within it. It makes perfect sense. They lived close to my grandmother. They interacted with her most and had the closest idea of what she would have wanted.

But that didn’t stop the resentment from my mother. Any amount that she received (and she did receive a good chunk of money) would never be enough. It didn’t matter that my grandmother had lent her money on several occasions in life. She wanted more. Meanwhile I, my grandmother’s protégée and surrogate daughter, received a porcelain doll from what was left of my grandmother’s house after everyone else picked over it.

There’s a file on my computer detailing who gets what in the event of my death, and an emergency Password Doc hidden away so people can access my laptop in the time of my death. I don’t have a will yet, but it’s on my list right after life insurance and a retirement account. The irony of my grandmother’s to-do list isn’t lost on me.

I know it’s morbid to tell my boyfriend where the Password Doc is located. A person “shouldn’t” be talking about cremation vs. burial at twenty-six years old. But it blows me away that people go entire lifetimes without every talking about death. How long can you believe that you are invulnerable to this?

A will isn’t for your personal state of mind. It really isn’t. It’s about making sure there’s as little drama as possible after you’re dead. Wills prevent unnecessary tension and resentment. Better to be disagreed with as a dead person than to have someone else speaking for you. Better to exercise your right to have the last word.

Brit McGinnis is a copywriter and author of several books. Her work has appeared on XOJane, SparkNotes and anywhere fine stories are sold. She lives in Portland, Oregon.

1. We Did Good, Billfold
2. Question Wednesday
3. What I Learned From Five Years of Writing and Editing for The Billfold
4. How a Program Assistant Dealing With a New Paycheck System Does Money
5. Classic Billfold: What I Wanted From My Move to Portland and What I Got
deathfamilyfinancemoneypersonal-essay