Lies I Told About Being Broke at Christmas 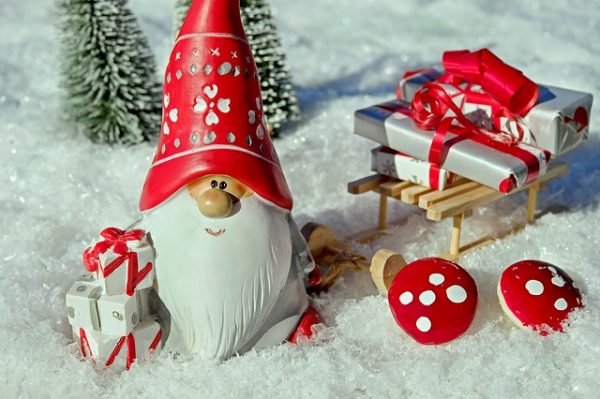 Christmas is a wonderful time. But it’s also a financially trying time, and it’s especially trying if you’re starting out in a new career. If you’re just starting a new freelance career around Christmas, prepare to be both Bob Cratchit and Scrooge at the same time.

Year Two of my freelance career was the absolute worst. I was still in denial about wanting to be a full-time freelancer, and was applying to standard jobs while writing as much as I could to stay alive and pay my bills. It was really hard. I knew nothing.

But I still smiled. There was no way I was going to let this stress show.

Because I’m a freelancer, I send small Christmas presents to basically everyone I’ve ever worked with over the last year. It’s tradition. You show your appreciation for these people taking pity on you and giving you work. I’m blessed with a large family that includes three younger brothers, two of whom have birthdays in December. I was also finally starting to make friends in Portland. So between my friends, family, Christmas party courtesy gifts, and clients, my Christmas present count added up to about 38 gifts.

“I think this cost twenty bucks, maybe? I don’t remember.” It was forty. I had to take cash out to do it.

“I saw this and immediately thought of you.” I saw this on sale and sighed at relief at being able to afford something.

“It took me forever to find parking.” There was no way on Earth I was going to pay $6 for parking when I haven’t bought stuff for my mother-in-law’s stocking yet.

“Oh no worries, I think you all will like this cake.” You lazy shit, I put this party food on my credit card and you brought nothing?

“Thank you, I like your dress too!” Oh thank god, you didn’t notice I just shortened my party dress from two years ago. I’m passing.

“I just like baking cookies. And everyone can enjoy them!” I ran out of money two weeks ago and discovered five more people who need presents.

“I’m feeling a little tired. I’ll catch you all later.” I have to go home and do a last-minute transcription project so I can cover my cell phone bill.

I insisted on acting like everything was okay. Of course I was struggling. People could probably see that in my pained smiles, in my hair that clearly hadn’t been conditioned in a long time. I gave Christmas presents to people who returned the favor to be polite but haven’t given me any holiday recognition since.

It wasn’t about other people, though. It was about my wish for a better career at that time. I wanted to be the kind of person who bought gifts for people indiscriminately and not worry about it. I insisted upon that even though the facts didn’t support my endeavor. As Ira Glass once said, everyone is who they really at Christmas—only more so.

Beyond my own Christmas wish, I lied about how broke I was because the truthfully broke people at Christmas are annoying. I’m not talking about the kind of folks who receive donations of food and kids’ pajamas during the holidays. I also don’t mean the people aiming to be frugal by holding gift exchanges instead of bulk buying. Those people are awesome and clever.

There’s always this one person at the party, I find. The person for whom money has been tight for about five years but no career change has been attempted. The people who don’t bring anything and loudly proclaim, “Man, the Christmas shopping and/or commercialism has really gotten out of hand!” But they somehow forget to ask for no gifts this year. They’re fine receiving but have no heart to give. No way was I going to be that person. I would go bankrupt first.

I finished out that Christmas broke but satisfied. I’ll finish out this Christmas season slightly less broke but way more satisfied. No lies were told this year. Everything was covered. Maybe next year I’ll buy everything in summer and save even more money. Or I’ll buy a Bah Humbug sweater and be the most honest rich person on Christmas morning.

Brit McGinnis is a copywriter and author of several books. Her work has appeared on XOJane, SparkNotes and anywhere fine stories are sold. She lives in Portland, Oregon.

1. We Did Good, Billfold
2. Question Wednesday
3. What I Learned From Five Years of Writing and Editing for The Billfold
4. How a Program Assistant Dealing With a New Paycheck System Does Money
5. Classic Billfold: What I Wanted From My Move to Portland and What I Got
christmasholidaysliesmoneyreal-life