In Defense of Inefficient “Hobby-Hustles” 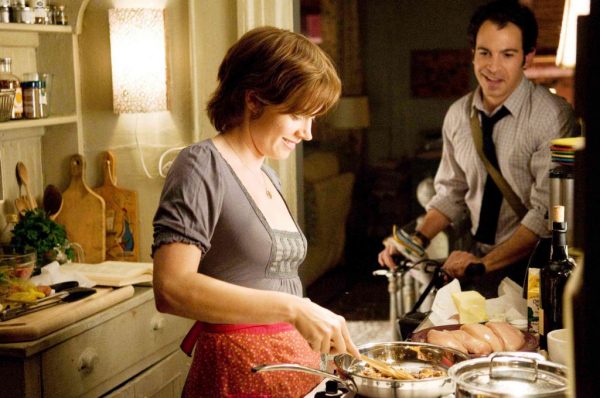 I have a few different activities that I’ve dubbed “hobby-hustles,” because they fall between a side job and a hobby. I spend money on them, but I also either save money or make a little cash from them. For instance, I love crocheting and so I sell hats and scarves, and I then donate all the money through Relay for Life. It makes me feel like I get to turn my free time into a small donation to the cause.

Same with gardening. Like Billfold contributor Ariana Burrell, I grow a not-insignificant amount of produce and use it either as gifts or to avoid buying so much produce during the summers.

The Summer I Grew Half My Own Food

Neither of these hobby-hustles benefits me much directly. Lower grocery bills and not having to take money out of my bank account to donate for Relay are nice, but unnecessary. Still, I like them as something to do when I’m not at my day job.

I wish to address a particular complaint or comment that I’ve had leveled against my hobby-hustles, which is the comparison to minimum wage. “You sell a hat for 20 dollars that takes you five hours to make?” someone will say. “You could make more than that working minimum wage!”

This comment confuses the value of time and the value of money. Very few people use their every waking hour to maximize income. Having kids is a rewarding way that people spend their time that doesn’t make money, as is playing sports and a lot of other leisure activities. As soon as I introduce an element of money-making into my hobby, however, people seem to want me to do it only if it yields at least seven bucks per hour of effort.

I especially hear this from folks who are a little older than me, and it has made me wonder if there’s a generational gap. So many people out there would love to be doing creative or problem-solving or crafty work but are working instead in something that doesn’t involve their passions. Hobby hustles are a really nice way to feel like someone values your work on a small scale but in a way that doesn’t really require the dedication and intensity that a full-time career in that field would require. I think people deserve a living wage for their work, to be sure, but I also think there’s room on the margins of most creative industries for those who want to participate in a hobby-hustle capacity.

There’s also a decent point to be made that, for a hobby-hustle to ever make you more than a minimum wage job, you need to put in some time being “inefficient.” Most start-ups don’t make money for quite a while, even if everyone working there draws a salary from the initial investment money.

My defense of my selling crocheted goods on a small scale might be that if someone ever asks me for a fancy, custom-made thing, they’ll only know about me because I sold simple hats and scarves for no real profit for a little while. Same with gardening: people don’t get great at gardening overnight, and the years of small-scale production makes them figure out just how passionate they are about expanding their variety and quantity of veggies.

So I like the idea of being able to encourage people to mix their fun time with making a little money on the side, whether they’d want to do that work full-time or not. I don’t blame parents for being a little worried if a hobby-hustle seems like the only thing their adult child is doing, but I do think that if people are figuring it out for a little while and making reasonable financial decisions along the way, there’s no need to point out to them that they are being inefficient; we already know that our hobby isn’t (yet?) profitable.

People are expected to focus their “working hours” on the work itself. But with my hobby-hustles, I get so much more than the couple bucks an hour that the price of the hat comes out to. I get something to keep my hands busy while watching a movie with my husband, and I get the chance to customize a hat for a friend who likes a particular shade of pumpkin orange, and I get the chance to teach myself a new stitch to add zigzags into my work for the first time. These things aren’t money, or tangible, but they do enrich my free time, like most hobbies are meant to.

I’m intrigued to know if other people have experienced this comparison of their hobby to minimum wage, with the implication that they should stop doing that work if it isn’t outputting at least that much. Conversely, if you do make your living doing something that other people do as a hobby-hustle, does it bother you that some people charge less when they aren’t seeing it as fully a job? I could totally see this argument, though I have to say no one should pay as much for my intermediate level crocheted hat as they do at an art fair for something professionally made by an artisan … Regardless, I’m interested to see what people in creative fields feel about this, especially as the gig economy takes over more and more fields.

Laura Marie is a teacher and writer in Ohio; she blogs about trying other people’s recipes and learning their stories at www.recipeinabottle.com

1. We Did Good, Billfold
2. Question Wednesday
3. What I Learned From Five Years of Writing and Editing for The Billfold
4. How a Program Assistant Dealing With a New Paycheck System Does Money
5. Classic Billfold: What I Wanted From My Move to Portland and What I Got
craftentrepreneurshipfoodhobbyhustle