The Billfold
Back to School

What “Free” Pre-K Will Actually Cost 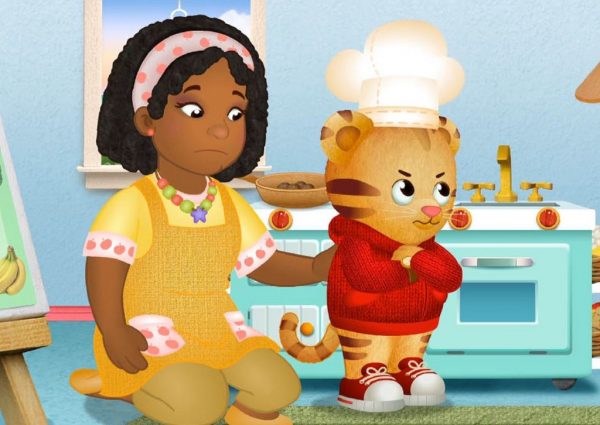 New York is one of a handful of states that offers free, universal pre-kindergarten program to all resident four year olds. It’s a signature achievement of our still-relatively-new mayor Bill De Blasio:

‘This is a day that’s been talked about literally for a generation. We’ve heard the phrase universal pre-K talked about … but it was never really true until today,’ de Blasio said at P.S. 59 on Staten Island, his first stop. ‘For the first time, any child, anywhere in this city, any 4-year-old can have full day pre-K for free. And it’s just going to grow from here.’

Babygirl turns four in 2016, making her eligible to begin at one of these full day pre-Ks in September. Hurrah, hurrah! New York doesn’t offer paid family leave, like Jersey, Rhode Island, and California do; nor does it lure residents with the promise of no income tax, like Alaska, Florida, Nevada, or a few lucky others. Free pre-K, then, is one of our perks; and considering how expensive childcare is in the city — ours sets us back $1675 each month, and that’s considered a good deal — I’m excited to take advantage of it.

Except! There are rather a lot of footnotes.

For instance, a “full day,” it turns out, lasts six hours and twenty minutes. That means that if my daughter’s pre-K begins at, say, 9:00 AM, it ends at 3:20 PM. Which would be doable if we all lived in France or some other quasi-socialist paradise with 35 hour workweeks. But we don’t. Currently Babygirl’s preschool runs from 8:00 AM to 6:00 PM, which as a schedule allows a parent to drop off their child, commute, work from 9:00 to 5:00, and commute back in time to pick up their child. Even that expectation of 9:00 to 5:00 seems quaint these non-stop days. Most of the parents I know take turns dropping off and picking up, so that each can maximize their time at their desks.

Are extended hours available? Absolutely! At certain places and for a fee. Take one of the centers near me, to which I’m considering applying. A woman on the phone told me that an 8:00 AM to 6:00 PM “wraparound” schedule is available from September through June — for $5400. That comes out to $540 a month for the ten months school is in session and, for what it’s worth, also covers the many holidays during which traditional pre-K programs are closed.

$540 a month is a lot less than $1675 a month, but it’s a lot more than free. It seems that the “free” part of “free universal pre-K” is only true for families that can afford to have one parent stay home to be on-call for every afternoon plus all the holidays.

As one working parent put it, in an open letter to schools:

The world does not stop at 3pm.

Please stop referring to the end of the day as 3pm. For most of us we’re only just returning from lunch at this point. We still have 2, sometimes 3, more hours until we can even see our kids at this point. For those of us that shift work, sometimes shifts don’t start until 3pm or later. So stop telling us to do all these activities in the afternoons. We don’t get afternoons.

Whether it’s an extra set of hands to help before school starts or after school care you need, lining up a sitter before school is back in session is key. After-school sitters cost families an average of just under $200 per week, according to Care.com’s latest Cost of Care report.

$540 a month is not much less than the cost of tuition to some private schools. It’s also only slightly cheaper than hiring a babysitter at $15 an hour to pick up my kid and play with her from 3:30 to 5:30 every weekday, which, if my math is right, would come out to $600 a month. Though I guess the cost of a babysitter would climb over the holidays.

And, as I mentioned, only some pre-K sites even offer the “extended hours” that cover the typical adult’s workday. No child is guaranteed a slot at a pre-K with “extended hours” available at any price.

It does feel churlish, on some level, to complain. A couple years ago, even subsidized pre-K was a pipe dream, and in too many other places, it still is. I give de Blasio a lot of credit for implementing the program at all; and as it grows, I’m sure it will keep improving. My disappointment stems, as always, from the difference between my expectations and my reality. Full-day, free pre-K sounds amazing. But that’s not what’s available.

Getting six hours for free and having to pay for the rest is still a pretty good deal — as long as it’s not packaged as being something other, and more dazzling, than it is.

1. We Did Good, Billfold
2. Question Wednesday
3. What I Learned From Five Years of Writing and Editing for The Billfold
4. How a Program Assistant Dealing With a New Paycheck System Does Money
5. Classic Billfold: What I Wanted From My Move to Portland and What I Got
life-in-new-yorkpre-kworking-parents