It Felt Weird When He Paid 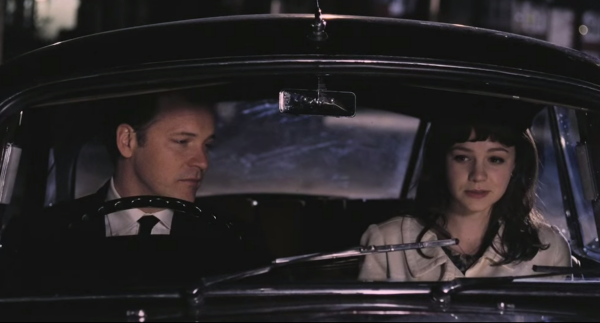 In college, being broke was a rite of passage. Living in a farm state meant that the cost of living was incredibly low, and it was a game among my friends to try to make it as close to zero as possible. One of my roommates lived on beans and rice for a semester, and another went dumpster diving behind a doughnut shop. Most clothing came from Goodwill, and we sweltered and froze instead of paying a high utility bill. Extreme frugality started to mess with my head after a while because, upon graduation, I was convinced that there would never be a time when I would not struggle to make ends meet. Money had become a battle. Spending it to purchase comfort or pleasure wasn’t a habit anymore.

I was reading in a café in Charleston one year later during my lunch hour from a data entry temp job when a man sat down across from me. I thought he was going to introduce himself as the author of my book because there wasn’t another reason for a stranger to be so friendly. His name was Daniel, and he explained that he was visiting for a week, and that there was a restaurant he had been meaning to try. Would I like to go to dinner with him?

Dinner with someone I had just met seemed like an adventure. It fit with my vision of adulthood, meeting handsome, unknown men who would whisk me away to be wined and dined.

The fact that we were in different places was obvious. Daniel was older than I was — beyond the half-your-age-plus-seven rule. He had a home and career in Seattle. I was still hustling for jobs to establish savings. During cocktails, the manager recognized me from a bar-back interview a few months earlier and offered to hire me as a cocktail waitress. I was chagrined that it happened in front of my date, but not so much so that I didn’t follow up later.

Later, we exchanged email addresses, and I started to file away the memory as a great experience and expected never to see Daniel again. He left for a wedding in North Carolina and then to go camping in the mountains, but a few days later, he wrote to ask whether I would be interested in seeing him again if he were to change plans and return to Charleston. I accepted, and Daniel checked in to one of the antebellum mansions downtown that had been converted into an inn. His room had a giant fireplace in it, unnecessary during the Carolina summer.

Over the next several days, we negotiated who would pick up the check. I couldn’t afford much, but Daniel understood it was important to me to pitch in what I could. He bought tickets to the Spoleto Arts Festival. I bought rosé prosecco at my favorite wine bar that also sold antique French farm equipment. The drinks were $20, and the wagon wheel prices seemed like pretend numbers. Daniel borrowed a friend’s boat to see the harbor dolphins. I went to a CVS near the College of Charleston, where the bar for judgement would be lower, and brought $10 red wine, condoms, and motion sickness meds.

By Fourth of July, I moved to D.C. with $4,000. I took an afternoon street canvassing job that didn’t cover all of my bills, but it did help stretch my savings while I applied for jobs and interviewed in the mornings. Daniel rounded out an East Coast business trip with a week in my group house on the edge of the city. I couldn’t afford to take time off, so I would meet Daniel downtown at 9 p.m., when my shift ended. He was nice about how drained I was emotionally. With canvassing, I could be fired as soon as I stopped being effective at obtaining donations from the strangers.

If Daniel was horrified at the jobs I held, he didn’t let on. Instead, he took me out of town so that I could have a break. Walking through neighborhoods where I canvassed had been triggering feelings of humiliation, so getting away was a relief. But I felt weird letting Daniel pay for a hotel room and restaurant checks. I bought our ice cream and coffee.

The last night Daniel was in D.C., we were cooking Indian food from scratch. Buying the fancy spices in the co-op, I teared up with frustration. Daniel was insisting on paying the $30 grocery bill. I was trying to refuse, but I also knew that the amount would cut far into my budget for the week. That night, Daniel asked about my Thanksgiving plans and offered me frequent flier miles to come to Seattle. I remembered my year before eating sad butternut squash between Black Friday retail jobs. I accepted.

Living in D.C. was the first time that I didn’t have friends nearby, and when your friends aren’t your roommates, passive socialization isn’t an option anymore. I realized that creating a new social social life required a huge amount of mental energy. I struggled to do a short-term job, look for a long-term job, and create a support network at once. Alternatively, being alone in your own head is a comfortable, interesting place as long as it’s bright. And keeping it bright means finding more energy for cooking healthy food, exercise, hobbies, and staying in touch with old friends. I can’t say that it’s easier to be happy when money isn’t a concern, but worrying about it was distracting when my attention also needed to be elsewhere.

The best part about visiting Daniel in Seattle a few months later was that it highlighted the parts of his life that I wanted to imitate. He had an amazing group of friends whom he considered family. His job allowed him the time and the means to have adventures. He was happy, and he made his own happiness a priority.

Several of my own college friends lived in town, and Daniel invited them to his houseboat to cook dinner and watch the nighttime kayakers. Comparing my friends to Daniel seemed to suggest that part of his calm came from maturity. My friends were also stressed about new jobs, law school, and high rent. That they felt anxiety too reassured me that I wasn’t doing life wrong. Some of the uncertainty was inherent to being at the age of sink or swim.

Seattle itself was serene. I wonder whether cities with a view of mountains are laid-back because the colossal scale sets perspective. The technicolor green landscape looked Celtic. Ancient and solemn. People calmly allowed themselves to be drizzled on instead of battling with umbrellas against the wind. Residents of D.C. carry umbrellas in both the snow and sun.

It was dawning on me that stress lifted when I wasn’t calculating whether to buy fresh or day-old bread. Theoretically, this was obvious. Practically, it was almost culture shock to experience the lightness. I had found an office job by that time, and Daniel had talked me through the BATNA tactics he had learned in business school before I negotiated my salary. In short, he helped me to make sure that I wasn’t giving away my terms for free.

Over Christmas, we ended up two hours apart in our Midwestern hometowns. My bank accounts were starting to look reasonable again. I proudly reserved a room for us at a state park inn where we could meet halfway. We read in common room rocking chairs that overlooked the frozen lake. Elderly couples played board games by greenish aquariums of catfish. The room cost $80. Daniel brought the wine.

The next year, I was on my way to getting on my feet. I was moving into a downtown apartment by myself. For my 25th birthday, I bought a plane ticket to meet Daniel in Paris. He bought me a bouquet of lavender for my birthday. And even though I could have swung admission, I gloated when the museums charged me the under-26 youth price.

This story is part of our Travel Month series.

Stephanie Densberger is the only person who loves summer weather in D.C.

1. We Did Good, Billfold
2. Question Wednesday
3. What I Learned From Five Years of Writing and Editing for The Billfold
4. How a Program Assistant Dealing With a New Paycheck System Does Money
5. Classic Billfold: What I Wanted From My Move to Portland and What I Got
figuring-it-outfinancial-independencerelationships