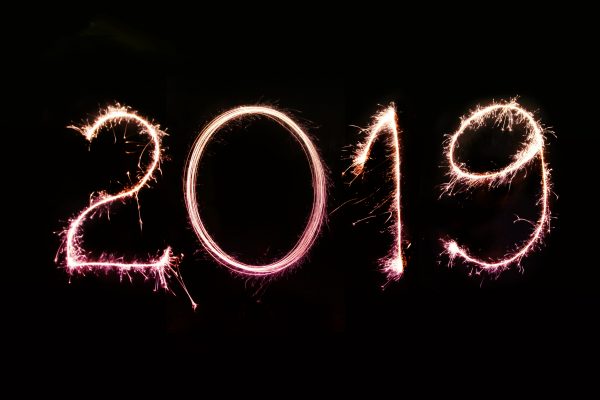 It’s Wednesday, which means it’s time to think about the financial questions we were asking ten years ago.

Today, I want to take the #2009vs2019 meme that’s been going around and apply it to our personal finances: where were you financially in 2009, and where are you now?

The budget I kept in 2009 has long been lost — I know it was on a spreadsheet, but this was pre-Google Docs so it would have been an Excel spreadsheet from the Microsoft Office 2000 CD I got in college and installed on several different laptops. (It also would have died with one of those laptops.)

For starters, I finally had a job that paid more than $50,000. In 2009, that was supposed to be the “magic number;” the salary at which you stopped having to worry about being broke and could start focusing on being happy. Additional salary increases weren’t supposed to make you more happy; they were just more money.

In 2009, I saved $10K by not buying anything and not having any kind of a social life — it was a lonely year, as I noted in the piece. In 2019, I’ve got a social life in place so I’m not particularly lonely, but I’ve got this feeling that I need to start pulling back on the buying stuff and focusing on the saving. I am still itching to break that six-figure net worth, and I want to start funding my YNAB budget several months in the future.

However, I don’t really see that happening mathematically (more on this tomorrow) even though I have already taken steps to start earning more money.

Anyway, that’s where I am in 2009 vs 2019. At the end of 2009, I had roughly $10K in savings plus my checking account and a little over a year’s worth of retirement contributions, all of which I set aside while paying down an interest-free $5K loan that my parents gave me to help with grad school — I initially wanted to take out a student loan, because that meant I would be “financially independent;” they told me to take the money.

Currently YNAB tells me I have $7,817 in savings and $5,302 in my individual brokerage account, plus my checking account and a much larger chunk of retirement contributions.

I am also debt-free once again, though I incurred $14K of credit-card debt between 2009 and 2019 (mostly because there were a few years in which I earned significantly less than $50,000) and paid it off — but once again I have to mention that my parents, after reading a Billfold article that referenced the payments I was making on this debt, said “we don’t want to see you paying interest on credit cards, let’s get those paid off and you can pay us back interest-free.”

At this point I was in my 30s and really wanted to not owe my parents money, but I ended up saying yes after they kept asking and then my therapist told me that my decision to accept my family’s help had officially made me an adult, so… honestly, I don’t even know about any of that (and also I stopped working with that therapist), but I wanted to remind you all that it happened.

1. We Did Good, Billfold
2. Question Wednesday
3. What I Learned From Five Years of Writing and Editing for The Billfold
4. How a Program Assistant Dealing With a New Paycheck System Does Money
5. Classic Billfold: What I Wanted From My Move to Portland and What I Got
financial quesitonsquestions