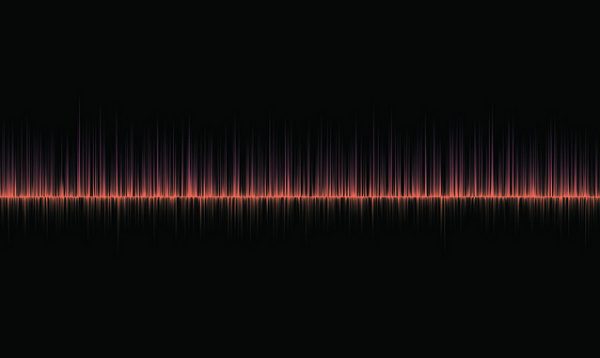 This year I find myself in a unique position: I’m broke, so giving physical gifts simply isn’t in the cards. I’m not saying this to get sympathy or scorn. It’s the truth. A couple of job opportunities didn’t come through, so I have enough to pay bills and that’s it. The good news is I’ll be working the tax season at the IRS, but that starts in February.

God knows I’m luckier than most. Every Tuesday near where I live, I see people line up at the Salvation Army for a box of food. Wednesdays, it’s Catholic Charities. Thanks to freelance gigs and family members, I have enough to eat and a roof under my head. I’m very grateful. However, my current financial status means no physical presents for my friends and family, with the exception of an anthology I’m in and have several copies of (and if you haven’t gotten Chicken Soup for the Empowered Woman, get it for the woman in your life! Only $10.99!) So I have to be a little creative, gift-wise.

This is when I tell my friends and family to stop reading! You will ruin the surprise!

Thanks to my mother’s best friend, I received an Amazon Echo as a belated graduation gift (I graduated with an MFA in Writing and Publishing in May) After setting it up, I decided I’m giving my mother a joint gift for both of us: we’re going to learn how to use Echo and our new bestie, Alexa. This is mostly so we don’t end up like the people in the SNL Amazon Echo Silver sketch, with Kenan Thompson’s elderly gentleman banging on the Echo saying “Them kids got me a busted machine again! Odessa!” Mostly we’ve been requesting songs for Alexa to play (who knew you could request Rita Hayworth’s “Put the Blame on Mame” to play on Amazon Echo? Not us!) Mom is covered: Alexa lessons.

My dad is tricky, but I’ve already come up with a solution: months ago when I had money, I invested in a year-long subscription to Newspapers.com to do research for my memoir. It was expensive ($110) but I decided it was necessary. I’m writing about the 1970s and ’80s and sometimes need info about the Bay Area/San Francisco that can be found thanks to issues of The San Francisco Examiner. This service also has newspapers from my dad’s hometown. I’ve found photos of him in a school play and his championship season with his basketball team. So Dad is getting prepaid clippings. Thanks, Newspapers.com!

With friends, I’m going to try and give them YouTube playlists. They’re like me in the fact that sometimes, you get a song in your head and you can’t remember who sang it or the title. It could be the song they played at a middle-school assembly. Or a song playing at the grocery store that reminded them of when they were five on the 4th of July. If they mention it on Facebook, I might be able to do a Name that Tune and help them remember the song — and a few others they might have forgotten. Let’s face it, all earworms are connected. If you get “Do You Know It’s Christmas” in your head, pretty soon you need to hear the original “Last Christmas” by Wham! So for friends, I’m going to get playlists and hope they don’t mind watching the irritating commercials.

The easiest decision was not to get gifts for my cats. If you want to spoil your pets during the holidays, have at it. Really. But I’ll never forget seeing a woman years ago stressing about what to get her dog for gifts. “I really hope he likes the sweater I got him, but there’s a toy I know he will want and I don’t want to disappoint him.” Yes, she was talking about her dog. You could tell a dog Christmas is St. Patrick’s Day and they will believe you. If you need permission not to get a gift for your pets, I will give you permission. Just feed them, give them water, and if possible maybe an extra walk and scratch their ears.

I’m not going to lie; being broke during Christmas is hard. You see Hallmark movies where people who are supposed to be broke but have gorgeous decorations and the handsome rich boyfriend always falls in love with the heroine by the end. I know we’re supposed to think this time of year is magical. It can be. But magical does not have a price tag to it. Magic could be walking with your family on Christmas morning. Or watching The Muppet Christmas Carol while drinking hot chocolate. If you are short on money this year, try not to let it get you down. There are times you can’t afford the perfect gift, but you can give something of yourself. And maybe that’s enough.

Jennifer Kathleen Gibbons has been published in Salon, Stereo Embers, and the anthology Chicken Soup for the Soul: The Empowered Woman. She lives in Central California and is writing a memoir and an essay collection.

1. We Did Good, Billfold
2. Question Wednesday
3. What I Learned From Five Years of Writing and Editing for The Billfold
4. How a Program Assistant Dealing With a New Paycheck System Does Money
5. Classic Billfold: What I Wanted From My Move to Portland and What I Got
giftsholidaysvirtual gifts