Why I’m Constantly Returning to the Supermarket 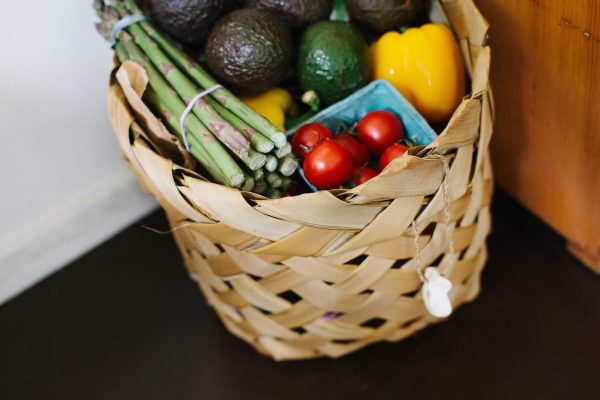 I live in a large building complex in Brooklyn, and there’s a totally adequate supermarket on the ground floor of the building behind me. If I go out the basement back door, turn right, and walk about 45 steps, I’m there. I think that the distance between the supermarket and the front door to my apartment is shorter than distance between the front door of the New Jersey Trader Joe’s and where I parked the rental car in the lot when we bought groceries for a Labor Day vacation. This fact alone makes this adequate supermarket an excellent supermarket. It’s open until 10 p.m. and it’s in my building! What more could I want?

Well, a lot*, actually, but one thing in particular: I want them to get their prices in order.

This supermarket, like most, has rotating weekly sales, and while I don’t read the circulars that get piled up in my lobby, I do tend to buy what’s on sale if it’s food we generally eat. I’ll always buy avocados if they’re 99 cents apiece, cauliflower if it’s $2.50 a head or less, organic whole milk half-gallons if they’re $5, cabot cheddar at 2 for $5, broccoli at 99 cents/pound, or any squash at less than a buck a pound, and boxes of pasta if they’re 5 for $5. Half the time, though, the items scan into the cash register at their regular price. It’s important to keep an eye on the screen as the cashier rings me up, to catch the discrepancies. At least once per transaction, I catch something — last week it was a jar of peanut butter, on sale for $3.99, that rang up at $5.49.

“Oh — that’s on sale for $3.99,” I say to the cashier. She stops, pulls out the circular and leafs through it until she finds the advertised item. Then she calls out to the manager: “Anthony! Void!” and Anthony comes over, swipes his card of managerial power, and the cashier adjusts the price. Sometimes the circular doesn’t back me up, and the cashier has to ask Anthony, and he confirms that yes, there’s a shelf tag with the lower price. I imagine the cashiers are frustrated with this — the mistake is almost never their fault, and they don’t have their own void power to fix it — but they’re always willing to make it right.

But sometimes my baby daughter is squirming in her stroller, or I stop to look in my purse for something, and I miss the mis-scan. Then it’s not until I’m home, unpacking the groceries, when I notice that I was charged $7 for the 2 pounds of grapes that were supposed to be $1.99/lb, or the $1/pound kirby cucumbers were rung up as $4/pound Persian cucumbers, and then I have to go back to the supermarket to make things right.

Anthony (he knows me, but not by name) is always nice about it and always refunds me. I don’t think it’s because I’m there three times a week, at least; I think he’d be nice to anyone. I don’t get the sense that he’s bothered by the constant discrepancy between the advertised price and the scanned price, and I don’t think it’s an intentional scam. It’s just how it is at the totally adequate supermarket.

A few weeks ago, I found myself having a beer and a veggie burger with some friends in the upstairs café at Whole Foods on a rainy day. I had taken a $12 Lyft there with the baby, my husband came about a half-hour later in a Lyft of his own, and we all took a car home together — spending $36 on transportation in order to get as much time as possible with these friends during baby’s between-nap awake period. While we were there, I grabbed a few things we needed (eggs, bread) and a few things we didn’t (chili-lime jackfruit carnitas, as an experiment; would not buy again). When I got home, I realized that the eggs were not in my bag, and that the cashier had rung up 3 avocados at $1.39 apiece, rather than 1 avocado and 2 limes. I immediately called Whole Foods, and a woman said that I should come back and they’d refund me. I tried to express what a hassle it would be for me to come in, and couldn’t they just put the money back on my credit card? Nope, she said, they can’t do that over the phone, but I could come in anytime in the next 30 days.

So the next night, after the baby was in bed (and it was no longer raining), I got on my bike and rode down to Whole Foods to claim my refund. Free time is limited when you have a new kid, and for a moment I thought: is this errand really worth $6? And without a second’s hesitation I knew that it was. There is no ways I was giving $6 of my own money to Whole Foods/Amazon for nothing in return. The trip took about 40 minutes, there was no hassle at all, and I returned home with my sense of self intact.

This sort of thing rarely happens at my beloved Park Slope Food Coop, where I work as a cashier for 2 hours and 45 minutes every four weeks. Once, watermelons were ringing up at 27 cents each instead of 27 cents per pound. The cashier was willing to sell the shopper a 16-pound watermelon at that price, because that’s how it scanned, but the shopper refused, pulled out his phone to do the math ($4.32), and then leaned over to show the cashier how to punch that in (menu > food no tax> 4.32; I think the shopper also did cashiering as his coop work slot). If something is wrong on your receipt after you pay for it, you can get a store credit slip from the office; the checkout system also allows a checkout worker to “suspend” their transaction, which prints out a receipt that the customer can look at before going to a cashier to pay**. There are smart people who suspend every transaction and double-check their purchases; if something is wrong we can void it (no special power needed), and move on.

For all my return trips to the store to get refunds for mistakes, I’ve never returned something because I didn’t like it. I know that’s a thing that some people do, but it’s a different kind of return altogether. A recent article in the Coop’s newspaper, the Linewaiter’s Gazette, discusses the store’s return policy and raises the question of who takes responsibility for the items in stock:

If you dislike a product or are otherwise dissatisfied, Voytko [a coop staff member] reminds the membership of the possibility of contacting the manufacturer for a refund or coupons. “We all have stories about people who try to return things like a half-eaten tub of hummus,” Voytko said (acknowledging he was the staff member who rejected that attempt). But where you don’t fall within our return policy, sometimes you can deal directly with the manufacturer. “One member came in and told me she felt she shouldn’t have to do that, and that the Coop should stand behind their product. However, our mission statement explains that we are a buying agent for our members, not a selling agent for any industry. A member dissatisfied with quality can make the case directly to the producer.”

This distinction between buying agent for member-shoppers and selling agent for products and brands is deeply interesting, and highlights a significant reason that the coop feels so different than a regular supermarket. But the sincerely adequate store in my building isn’t akin to either Patagonia store selling its own goods, or a big shiny Whole Foods that now has to operate in Amazon’s return-anything universe. It’s just a neighborhood store, and they always make mistakes, and they always fix them for me if I ask.

*Bulk grains; better priced tofu; a consistent stock of plain whole-milk yogurt; more than one kind of kale; jalapeños available one by one rather than five in a plastic clamshell; fresh fish; consistency between shelf labels and the price that gets rung up.

Dory Thrasher has a PhD in Urban Planning and works as a researcher for the New York City Department of Social Services (everything she writes here is her own experience and opinion and in no way represents DSS). She makes quilts, reads books, yells about inequality, and runs marathons. She lives in Brooklyn with a handsome bureaucrat and a small baby.

Photo by leonie wise on Unsplash.

1. We Did Good, Billfold
2. Question Wednesday
3. What I Learned From Five Years of Writing and Editing for The Billfold
4. How a Program Assistant Dealing With a New Paycheck System Does Money
5. Classic Billfold: What I Wanted From My Move to Portland and What I Got
foodgroceriessaving $6