Why I Bought Myself a Christmas Present 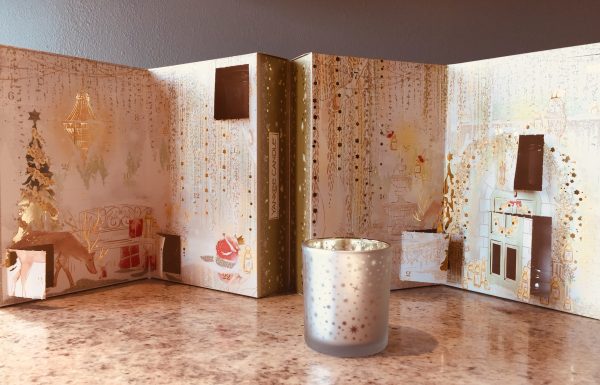 Let’s get the obvious answers out of the way first. I bought myself a Christmas present because:

The item in question wasn’t even designated as a “Christmas present” when I bought it; Fitbit was having its annual Black Friday sale, and the Fitbit Charge 3 had been discounted from $149.95 to $119.95, and the Fitbit Flex 2 I bought in August 2017 had degraded to the point where it could barely go 72 hours without a charge, plus the band was falling apart, so I’d started tucking the tracker inside my bra.

I didn’t realize the Flex 2 was barely a year old until just now, btw. It shouldn’t have fallen apart this quickly. My first Fitbit (the original Flex, with the slate wristband that everybody and their dog wore, and yes people did put their Fitbits on their dogs) lasted for three years, so I’m going to assume that the Charge 3 will last just as long, because otherwise I’d have to wonder whether I’d wasted my money.

Of course, I’ll probably want to upgrade to the Charge 4 or whatever before 2021.

But back to Christmas presents.

This all started when I renewed my lease — and maybe it really started when I moved into this apartment with its in-unit laundry and dishwasher and implication that this would be a more permanent home than my previous “only living here until I can find something better” homes — and checked the fine print very carefully for anything about pets or candles. Neither were mentioned, which led me to believe that I couldn’t have pets but I could have candles, and I immediately visited Yankee Candle Dot Com because I’d spent my whole life prying the lids off Yankee Candles at various Hallmarks and Targets and Kohls, and I wanted my apartment to smell like twelve cookies as soon as possible. (Yes, I know I could have just baked twelve cookies. I also wanted to play with fire.)

Then I saw the Yankee Candle Countdown Calendar.

This particular item included twenty-four candles in twelve different scents. It came in a gold-colored box drenched with sparkles and glitter. The whole package said “THIS WILL BRING CHRISTMAS MAGIC INTO YOUR HOME. YOU CAN CREATE THIS RITUAL OF LIGHTING A CANDLE EVERY DAY, WHICH WILL MAKE YOU FEEL MORE CONNECTED TO THE HOLIDAY. PLUS AT LEAST ONE OF THESE CANDLES WILL SMELL LIKE A SUGAR COOKIE.”

It cost $40. I bought it absolutely right away.

There’s a difference between buying holiday decorations for your home and buying yourself a blinged-out Yankee Candledar. The former is kind of expected, never mind that I went without a Christmas tree for the majority of my adult life because I was trying to be frugal. You decorate your home for other people as much as you decorate it for yourself; they all want you to have a Christmas tree because it feels weird when you don’t. You buy a glitter box of candy-scented wax just for you. Nobody else wants you to have this.

And that’s an important point, when you’re a single woman in your late 30s. You have both the ability and the responsibility to give yourself what you want — and at some point you’ll want to ask yourself what you’d like your Christmas to be, instead-of-or-in-addition-to what it already is. (Most of us ask ourselves that question when we’re adults, but it comes quicker when you have what is traditionally called “a family of your own.”)

But back to the Fitbit Charge 3, which tracks your heart rate and your sleep stages and is water resistant to 50 meters. I bought this product, which was being marketed as a gift even though many other people probably also bought it for themselves, and then I thought about how it would be exactly the kind of extravagant-and-delightful present I might like to find under the tree in some Hallmark Original Daydream fantasy holiday, the kind where I am wearing a white fluffy robe instead of my Huel-branded hoodie with a partially-used-but-still-good tissue stuffed into one of the pockets.

“Oh darling,” I’d say, while the entire home smelled like Folgers for some reason. “How did you know this was just what I wanted?”

“I watched your face light up while you stared at your laptop, and used the keylogger I secretly installed to figure out what you were staring at,” Darling would reply. “Just kidding! I bought it because I know you love tracking things, and the Fitbit Charge 3 tracks the most of them!”

Well. At some point between the Fitbit purchase and its arrival, I realized I could create that fantasy for myself — that I could create my whole own Christmas, with the anticipation and the glitter and the ritual and the countdown and the knowledge that on Christmas morning, I will have a new toy to play with (because let’s be honest, this Fitbit thing is just a bracelet-shaped Game Boy where you’re the Mario). I’ll still have my family’s Christmas, which is an important tradition of its own, but I’ll also have mine.

Right now my Christmas smells like “a happy holiday homecoming with the festive aroma of sweet apples, cinnamon, walnuts and maple.” There is a stack of gifts under my solid gold-colored Christmas tree — most of them for my family, but one of them just for me. I didn’t even take my present out of its cardboard shipping box because I don’t want to know what it looks like until Christmas morning. That’s all part of what I’ve decided “the magic” is, and it’s extra magic because I got to decide.

There’s one more piece that I need to put together, and it’s how to give “my Christmas” to my family. What is the thing that I bring to this experience, because so far it’s just been “my physical body and some presents.” Do I bake a bunch of cookies? Do I play holiday music on the piano? Do I set up a scavenger-hunt-style puzzle for my toddler-aged nephew to solve and make it more complicated every passing year? Do I buy the most ridiculous gingerbread house kit that I can find, like the Ninja Turtle Gingerbread Pizza Shop, and insist everyone put it together?

It’s an important question, because making a special Christmas just for myself doesn’t feel right. The whole point of the holiday is to give and share and celebrate, and while I’m the type of person who often prefers to celebrate by treasuring up things and pondering them in my heart (which is in the Bible so it counts), it would be fun to make a little extra magic for the people I love.

Luckily, according to my Yankee Candle Countdown Calendar, I still have 20 days to figure that part out.

1. We Did Good, Billfold
2. Question Wednesday
3. What I Learned From Five Years of Writing and Editing for The Billfold
4. How a Program Assistant Dealing With a New Paycheck System Does Money
5. Classic Billfold: What I Wanted From My Move to Portland and What I Got
christmasholidaysI also get to decide when a Billfold post goes up 30 minutes late sorrrrrrypresents