Paying Money for the Funnies 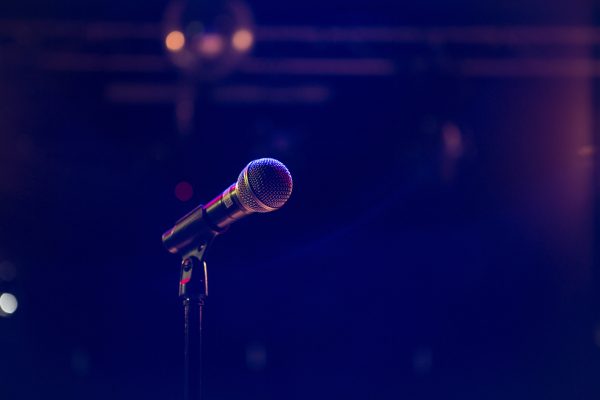 How much would you pay to fine-tune your funny bone? I shelled out $1,125 on tuition for three levels of musical improv classes between 2014 and 2015. That is an eye-watering amount when I frame it that way, but wow was it worth it.

I met some amazing people, performed for hundreds of hours, and found myself constantly getting feedback on what worked, what didn’t, and how I’d either heightened the joke or played it too safe. I pushed my brain’s response time, forcing it to run amok in imaginary worlds, inhabit weirdo personas, and respond in an emotionally authentic way to scenarios from the far reaches of my id. Turns out, when I’m asked to play a character named Sallie Mae, my brain immediately conjures up a house fully wallpapered in zebra skins, a living room featuring the feather that tickled the bottom of the Marquis de Sade, and one room stacked with the Social Security cards of girls named Mallory born in 1986. Granular riffing became my favorite game — a whirlwind of options that keep you moving until you’ve traveled wondrously far from where you started. You can’t buy a sense of humor, but you can pay to have a consistent regimen of feedback and fine-tuning that develops and matures your funny bone.

Paying to refine your style of humor doesn’t mean that every joke lands — it’s just that your rate gets better. I used to rely on a schtick that involved re-saying what someone just said (“when is Steven NOT losing his mind”) but in an affected voice.

I assume the laughs my early improv shows earned were either out of pity or from the people who loved me. I didn’t know any better and thought for many years that I was a hilarious person. False confidence is still a kind of confidence.

Formal improv training was extremely helpful, especially because everyone on the team got called out on what worked and what didn’t. I watched my coaches name things directly and constantly — both positive (“coming out as her dead mom’s pissed off ghost was exactly what was needed”) and negative (“making that kind of gesture was at best, misguided, and at worst, offensive. Whatever the case, not helpful or funny.”). That kind of exposure to active attention and direct feedback rubs off.

That method of coaching also helped me in both my personal and professional lives. I started following my teachers’ examples and calling out what I saw, both to acknowledge the positives and name and shut down the negatives. Mostly it’s the latter examples that are striking — moments where you can tell a co-worker that their comments are either thoughtless or intentionally hurtful. There are also a lot of positive moments where you make a new friend because “Alicia, your love of lentils as an underrated food has immediately marked you as a kindred spirit of mine.” I needed training to get to that level of specificity and responsiveness. Some of us may have that talent innately or learned it through childhood conditioning, but I needed to pay for those skills via time and coaching.

For 32 weeks of class, 40+ weeks of performance, getting to know hilarious people, countless Pret sandwiches and post-class beers, I’d say that $1,125 was money well spent. I had amazing experiences, built long-lasting friendships, and learned what my type of funny is — and then I took what I learned into the world and turned it into not just laughs, but also spoken truth.

JMP is still on the wrong side of over-thinking things, but slowly getting closer to the dividing line.

Photo by Matthias Wagner on Unsplash.

1. We Did Good, Billfold
2. Question Wednesday
3. What I Learned From Five Years of Writing and Editing for The Billfold
4. How a Program Assistant Dealing With a New Paycheck System Does Money
5. Classic Billfold: What I Wanted From My Move to Portland and What I Got
hobbiesimprovself-improvement