I Got Student Loan Scammed: How to Not be Like Me 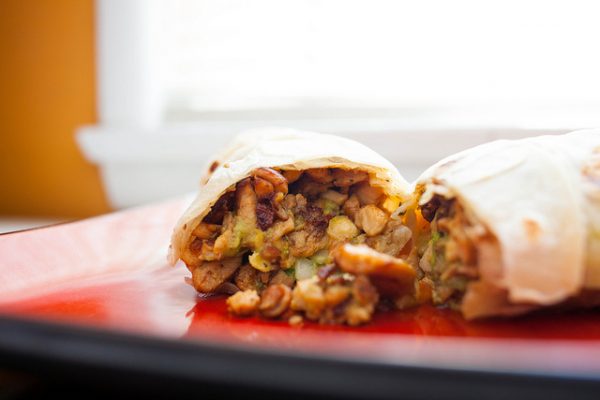 Gather around, Millennials, for a little story!

Once upon four years ago I went to a fantastical land called “College.” Like many before me, I had no clue what I was going to do there, and I also lacked the funds to do so. Alas, I discovered the student loan: A magical dumping ground of mysterious funds into an account under my name which I didn’t have to think about for four whole years! Isn’t that fancy?

Like a misleading Disney fairytale, reality set in after graduating and getting my first “Big Girl Job” as a high school teacher in Denver, Colorado. I put my textbooks aside for pencil skirts and lesson plans, spending each day enthusiastically running around a windowless classroom trying to get 16-year-olds to look up from their cellphones and into my crazed eyeballs. Many months into the job, the mysterious money arrived in the form of a monthly bill to my parents house (where I lived at the time). All of the sudden I was not as fancy as I thought. I was broke. And living in my childhood bedroom with stacks of papers to grade from students only slightly younger than myself.

That’s when I got the call.

In the middle of a school day right before Winter Break I got a call from an unknown number. I picked it up hoping it wasn’t a parent who was trying to berate me daily over her son’s B- in my Geography class. I was in the teacher’s lounge, a place I constantly got questioned if I was allowed to be inside by visiting teachers.

“That’s me,” I said shoving my frozen burrito into the microwave as a substitute eyed my ID badge with suspicion.

“This is Blah Blah Loan Company and we’re with the Department of Education and we’d like to lower your monthly payment on your student loans,”

I can honestly tell you that I can’t remember the name of the company. I think I repressed it from all the trauma. But if you’re curious, here’s a list of super sketch fake “loan” companies to avoid completely.

As you might imagine with my dangerously high levels of tiredness and naïveté, I fell for it. Hook, Line, and Scammer.

I was a high school teacher in the craziest week of the school year, broke as hell, and also hungry because it was lunchtime. These f***ers caught me at my most vulnerable and before I knew what I was doing I was sending over a signed piece of paper that I thought was supposed to save me from financial peril.

I did not realize the error of my ways until many months later. As my disastrous paperwork was signed and my precious bank information whisked off to this rando loan company, I noticed a smaller loan payment (previously $240, now $108) being withdrawn from my bank account with the label “EDU STUDENT LOANS” on each transaction. Sounds legit, right?

I’m calling myself an idiot, not you. Back to the story…

Months went by, the $108 coming out of my account like clockwork. I eventually quit my teaching job and moved to New York City to pursue writing (like an idiot) and was falsely proud of myself for saving money in the most expensive city in the world. I was unemployed for six months, taking internships at wannabe Buzzfeeds and writing articles about trending Brooklyn donut shops everyday for no pay.

I kept a little journal with me at all times where I catalogued my daily activity. It mostly consisted of jobs I was applying to that I was unqualified for, but one day I wrote “CALL MOM BACK” in all caps. It wasn’t like her usual calls where she paranoidly asked me which taxi cab I was getting hit by at that very moment. This time she’d left a voicemail that the student loan company was sending me mail to the house and that it looked important.

“It says here that your payment is $0,” she said on the phone, inspecting it.

“Well, you better call them,” she cautioned.

I added “CALL STUDENT LOANS” to my to-do list and carried on with my latte. I did think it was weird, but there were a lot stranger things going on around me in the New York City subway, like a homeless man with no pants on singing Christmas carols in August.

It wasn’t until a month later that my parents sent me my first care package, including a rubber banded collection of my mail that I’d neglected forwarding to my sketchy Brooklyn co-living space. On the very top were several letters from my student loan company telling me I’d been paying them $0.

I finally called them.

After a few back and forth (and passive-aggressive on my end) comments with the receptionist, I explained to her that I couldn’t possibly have paid $0 because I was paying $108.

“Who are you paying that money to?” she said impatiently.

“I thought I was paying you!”

“What’s the name of the company?”

“Blah and Blah Student Loans?” I said, a pit in my stomach surfacing into my throat.

“That’s a middle man,” she said. “One of those consolidation things. They haven’t paid us anything on your behalf. It sounds like a scam, Ma’am.”

“Don’t you MA’AM me, MA’AM!” Suddenly all those $5 lattes now felt like poison in my gut.

It was true. I’d signed my life away to a company claiming to be with the Department of Education. They were not a real student loan company. Their website looked like one of my students made it the night before it was due. Even scarier, they’d made me an account with the real federal loan company with a fake email address so that I couldn’t access the truth. Were it not for my parents dutifully checking my mail from across the country, I wouldn’t have even raised a red flag to it all.

Finally I called my bank and declared bankruptcy in true Michael Scott form — which meant I begged the bank for help and they did what they could. Over the course of nine months I’d lost about $1,000. That’s like 200 lattes. Or better yet, rent and utilities. The bank couldn’t refund the lost funds, seeing as I’d signed my name on the dotted line. They suggested filing with the Better Business Bureau and changing all my account information to keep the scamming company out of my money.

I was shocked, teary-eyed, and honestly mad at myself. Here I was in New York City, land of million dollar apartments and jobs I wasn’t getting, just shelling my money away to God knows who for months on end. $1,000 may not have been a lot in the grand scheme of my life, but for now it might as well have been $1,000,000. Plus, I hadn’t actually reduced my student loan debt. AT ALL.

I filed the proper complaints, changed all my account information, and promised my parents that I would stop answering the phone for numbers I didn’t recognize.

In this day and age, it’s harder than ever to keep your money safe. Scammers are getting smarter; they’re adapting. Did you know there are voice-activated scams now? So even saying “yes” into a phone call can automatically allow access for crafty scam artists. Don’t be a victim or an idiot like me. There are few magic student loan solutions out there. The only sure-fire way of getting out of debt is faking your own death, and even then I think they pass that debt on to your parents or something.

Stay informed out there, friends.

Mimi Hayes is a New York-based comedian and author of the memoir “I’ll Be OK, It’s Just a Hole in My Head.” Catch her newest podcast “Mimi and The Brain,” a comedic neuroscience podcast, available now on all podcast streaming devices. You can cyberstalk her at mimihayes.com, follow her on Twitter and Instagram (@mimihayesbrain), or send her a carrier pigeon.

1. We Did Good, Billfold
2. Question Wednesday
3. What I Learned From Five Years of Writing and Editing for The Billfold
4. How a Program Assistant Dealing With a New Paycheck System Does Money
5. Classic Billfold: What I Wanted From My Move to Portland and What I Got
bankruptciescollegedebtmillennialsscamsstudent-loans