How a UX Designer in France Does Money 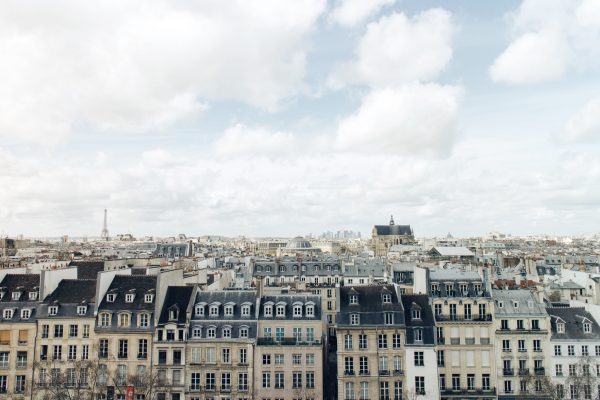 Charlotte (not her real name) is an 27-year-old UX designer in France.

So, Charlotte, how much are you making?

What is generally taken out of your paychecks to go from gross to net?

We pay for our social security, plus our retirement, plus “CSG” which I think is a global participation of solidarity for the French social security. (I am ashamed to say I never actually looked it up before…)

After you have all those deductions taken out, where else does your money go? What are your major expenses?

My major expense used to be my rent back in Paris (about 700 a month) but since I moved to a less-expensive French city few months back, the rent went down to 550 for a much nicer apartment.

I try to set aside 300 euros a month for savings. But I’m not very good at saving so I often retrieve it again during the month.

Food (as well as rent) is split between me and my partner. Food usually costs around 300 euros: we get a lot of fresh vegetables from his mother who has greenhouses. We buy the remainder as organic as possible so it is costly but not terrible, we eat almost no meat.

The remainder is usually spent eating lunch during workdays as we usually eat out (sometimes with tickets restaurants that are subsided by my employer, but sometimes not), eating out, and buying books.

Subsidized restaurants! I love that idea.

Ahaha! The employer pays for half of the “ticket” value. So it’s a 9 euros ticket, twenty tickets a month, and half of the cost is deduced from my salary, half paid out of the employer’s pocket.

There must be an incentive to the employer somewhere, right?

It’s a common benefit afforded by even small businesses like my own. By law, my employer also pays for half my global fare for traveling to work. (60 euros a month, 30 paid by him.) Bigger corporations offer financial incentives to hire the brightest, but the tickets restaurants is a good way of attracting people even with lower salaries.

Yes, I read The Billfold so I know France sounds like a subsidized paradise in comparison of the States where you have to be much more self-reliant!

Salaries, however, are much lower I gather.

Of course! I consider myself lucky despite not earning as much as most of my friends, because I have a flexible and interesting job that allows me to work remotely.

I forgot to add to my expenses my annual taxes as well (first-time payer this year). That was 1200 euros for the whole year (indexed on a year where I was paid less) + 300 euros of local tax.

Why are you a first-time taxpayer this year? Did you not have to pay taxes before?

I used to be included with my parents’ income (you can do that in France until you start working) so my income as an apprentice was declared along with theirs.

Ah, and now you’ll have to tell us about the apprentice system. 😀

Ahahah! The system is the following: until you are 26, for certain type of courses (mine were technical, professional courses) at university, you can study while getting paid. So what you do is find an apprentice position, and the firm that hires you pays for your tuition and pays you a salary. In exchange, you study half the time at university, and work half the time at the firm. The rhythm for me was two weeks each per month, but it varies depending on the courses.

You are considered an employee and get the benefits that an employee would have (incentive scheme, profit sharing, access to the cafeteria, etc.).

But we could talk about the differences between France and the U.S. forever. Let’s switch back to How You Do Money. What are your current financial goals, and what are your big obstacles? You mentioned having trouble keeping your savings in savings, for example.

My financial goals would be to achieve a certain financial security, that is, to be able to save up more. I currently only have about 6000 euros set aside in case anything goes awry. That’s not a lot. My recent move and taxes have depleted it.

I wish I could set aside at least 300 to 400 euros a month. Ideally, I would like to be able to afford borrowing for a house in about five years. As my partner and I have no plans for children (or rather plan not to have any) we are not too hard-pressed for money at the moment, but I do wish I felt more secure in my everyday life.

You are at the very beginning of your career, though — you’re essentially starting from scratch. It’s hard! You have to set up an adult household, buy appropriate work clothes, pay your taxes, etc. etc. etc.

Do you currently have any debt?

No, I’m very lucky in that regard. My parents and grandfather were able to help me financially all along my studies, I did not study in any expensive private school and always took the best paid internships and apprentice schemes I could find. I managed to be financially independent around 24 years old (I studied from 17 years old till I was 26), which is quite late, and without any debt.

I’ve also been following the news, and am aware that there are people in Paris protesting low incomes and income inequality. The money you earn is often the biggest factor in how much you can save, plan for the future, etc.

Yes. I am along the lucky ones, and even I had trouble getting by in Paris with 1650 a month (my former salary). People here survive on very little. I actually follow closely a Facebook group that’s about budgeting and respecting the principles of minimalism, and so many people are in very difficult situations, making the most of 900 euros a month, with children in tow. Even with the help of the state, with the cost of living rising, it is becoming increasingly difficult to afford living on short-term contracts.

I have been very lucky in that regard since I found a good job right after my studies. Many people are not so lucky.

But what I find interesting in that attempt at a better living with less money is the redefinition of what living comfortably means. Some people within that group strive to make as much as they can themselves: growing vegetables, being thrifty with clothes and buying only secondhand… It opens interesting prospects, even environmentally speaking.

But of course those survival strategies do not mean there should be no help from the state. I think the resentment that has been building up is mostly about the redistribution of money towards the richest in France, with a healthy dose of arrogance in the political discourse…

However, sorry, I babble.

No, not at all! I love the idea that better living with less money means redefining what “living comfortably” means. How have you redefined that?

I don’t want to say I particularly had to redefine comfort in my own life because I honestly make a very decent living compared to low-earners who have families. But what my partner and I have been trying to do is cook at home instead of eating takeout, buy as little clothes as possible (only the very necessary), really think and pause before buying anything, borrow books from the library. I try to give away one book or object for every one I buy. I’m not always successful, but it’s just the beginning! 🙂

But we’re lucky, again, and very aware that it’s a luxury to be able to choose and that it makes it much easier for us than for anyone with less comfort than we have. We’re bourgeois being frugal, that’s very different from survival problems that are very acute and real.

Last question, then: do you have any advice for Billfold readers?

Move frequently: it will teach you the value of everything you possess. Or, since it’s costly to move, just sort out your possessions as often as possible, give the books you love to people you love, spread the love with every object.

Photo by Nil Castellví on Unsplash.

1. We Did Good, Billfold
2. Question Wednesday
3. What I Learned From Five Years of Writing and Editing for The Billfold
4. How a Program Assistant Dealing With a New Paycheck System Does Money
5. Classic Billfold: What I Wanted From My Move to Portland and What I Got
doing-moneyfranceinterviews