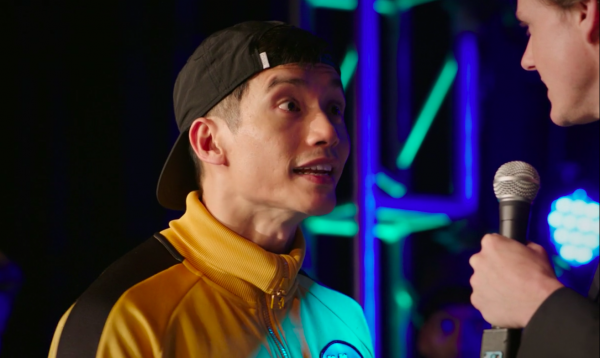 As a pop culture junkie, I have devoted far too much time to thinking about the lives of fictional characters. I have strong opinions about which TV characters have the perfect marriage (Coach and Tami, obviously), whose wardrobe I most covet (Olivia Pope, please send me all your coats), and even who had the saddest TV death (a toss-up between Lucy on ER and Mrs. Landingham on West Wing). But this is The Billfold! We’re not here to talk about Texas football or excellent cardigans to drink wine in — we’re here to talk about money. So, I’m turning my pop culture attention to something really important: making the definitive list of TV characters who have terrible credit scores.

This list is obviously rigorously scientific. I’ve watched thousands of hours of TV since I got my first cable package in 2001 and I’m confident that this list represents the worst of television’s overspenders, forgetful bill payers, absolute credit risks, and one wealthy crank who’d rather shave his luxurious mustache than owe anyone money. Let’s count them down:

Ron Swanson doesn’t have bad credit. Ron Swanson has NO CREDIT. Our mustachioed Libertarian crank would never willingly give up his Social Security Number to get a credit card, nor would he get a mortgage on a house when he is perfectly capable of building one for himself. Ron has both a serious distrust of the government and, as we discover in season six when he’s forced to make a will, a lot of cash.

His credit score: a solid 0.

Although she had adult responsibilities like keeping the world safe from vampires and raising her bratty little sister, Buffy was only in her early 20s when she died (the first time) and was probably just starting to develop a credit history. But then she came back from the dead, and you know that our current FICO system probably does not account for resurrection in determining your score. Returning from the dead is hard. Rebuilding your credit score might be harder.

Their credit might have been okay when they family had money, but once the family business was in trouble, so were their credit scores. Gob might be a magician, but there is no way he had the talent to make past-due bills disappear. Lindsay had her never-nude husband and gin-swilling mother to worry about, so you know her credit cards are always maxed out.

Jake may be an amazing detective/genius, but he has the shopping habits and self-control of a six-year-old high on gummy bears. The bathtub full of unpaid bills didn’t bode well for his financial future, but things may be improving for him now that he has married the very type-A Amy.

His score once Amy takes over his money: 715.

Michael might have a steady job, but in season four he declares bankruptcy by literally walking into the office and screaming “I DECLARE BANKRUPTCY.” This is, needless to say, not the act of someone who has their financial life together.

There may be room for debate about which of the Friends has the worst credit score, as arguments can be made for Rachel, Joey, or Phoebe. But I’m going to go with Rachel. Even if you buy that she and Monica’s massive apartment was rent-controlled, there is no way she made enough money as a waitress at Central Perk to afford her wardrobe and signature haircut and highlights. I suspect she dug herself deep into credit card debt and was still paying it off even as she moved higher up the fashion industry ladder.

I’m just going to be blunt. Someone who is dumb enough to think he can survive in a locked safe because he brought a snorkel and whippits is probably not going to have the best grasp on his personal financial situation.

I’m assuming her credit was as much of a hot mess as she generally was.

A low-level government employee with expensive taste and an annual “Treat Yo Self” day is a recipe for financial disaster. Tom had big dreams for business success, but LASIK for fingernails, Entertainment 720, and Yogurt Platinum never quite panned out.

1. Carrie Bradshaw, Sex and the City

You know she had to be on this list. Carrie lives in a high cost-of-living city, and had an inconsistent income for most of the series plus a serious shopping addiction and no savings — or at least not enough for a down payment on her apartment. I’m convinced that she owed back taxes and had massive credit debt unless Big bailed her out or she managed to guilt Charlotte into giving her money again.

Bottom line, when it comes to being a SATC gal, the only one you don’t want to be is a Carrie!

1. We Did Good, Billfold
2. Question Wednesday
3. What I Learned From Five Years of Writing and Editing for The Billfold
4. How a Program Assistant Dealing With a New Paycheck System Does Money
5. Classic Billfold: What I Wanted From My Move to Portland and What I Got
credit scoreseven janet can't fix jason's credit scoretelevision