Three Stories That Are Actually About Personal Finance This Time 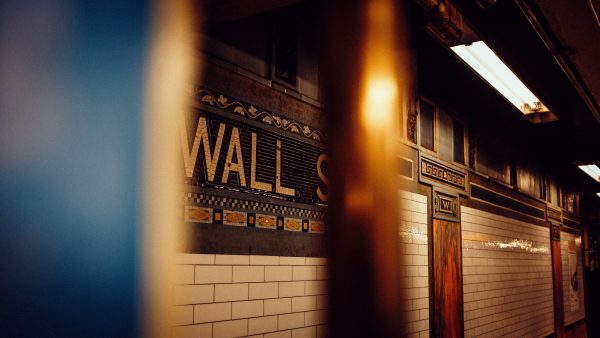 It’s the 40th anniversary of the 401(k), as Planet Money Indicator podcast listeners are well aware of, and that means it’s time for another round of retrospectives — except “retrospective” means “looking back” and these are all future-focused. After all, we still aren’t really sure whether the 401(k) works. The Atlantic quotes William Birdthistle, author of Empire of the Fund: The Way We Save Now:

“If we … give people a totally garbage system and then make them feel bad about not having succeeded in it, that’s just so saddening.”

Slightly off-topic, but does anyone want to read Empire of the Fund as a Billfold Book Club selection? Here’s a sample paragraph:

A pension is, metaphorically, something like a bus: a functional if unglamorous conveyance driven by a professional to carry us as passengers on our trip to future financial security. Individual accounts, by metaphoric comparison, are more like cars: zippier vehicles that we drive ourselves to whatever destination we hope to reach with our savings. And for those investors who do drive their own cars, perhaps the most wildly popular road on which to travel is the mutual fund. Our experience with mutual funds, however, provides sobering evidence that these roads can be dangerous to travel.

If you’re not interested, I’ll read it on my own — but I thought I’d see if the group were interested, because I bet we could get a lot of discussion out of this book. (We’re also going to have a book recommendation thread later today — not just personal finance books, any books — so get ready.)

Back to the roundup!

I got a Billfolder tip about this new study from the Center for Financial Services Innovation that calculates various levels of “financial health.” Here’s a quote from their summary:

You can read the full report here. (Most of it is in infographic form, so it’s a quick read.)

If you’d like another report to peruse, try the NYU Rudin Center for Transportation’s Pink Tax on Transportation study. You can read either the full study or the summary, and you probably won’t be too surprised by the results:

This study focuses on women in NYC, so there’s a lot of data about when women take public transportation vs. rideshares, for example. I’d be interested to see if there was still a “pink tax” in areas where there aren’t public transportation systems and most people use a personal vehicle to get around. Do women buy more expensive cars/take more trips/use more gas? Maybe we can answer that question in the comments.

Photo by Wellington Rodrigues on Unsplash.

1. We Did Good, Billfold
2. Question Wednesday
3. What I Learned From Five Years of Writing and Editing for The Billfold
4. How a Program Assistant Dealing With a New Paycheck System Does Money
5. Classic Billfold: What I Wanted From My Move to Portland and What I Got
401kfinancial-healthlooks like our healthcare is one of the big factors keeping us from financial health whoopsnews rounduppink tax