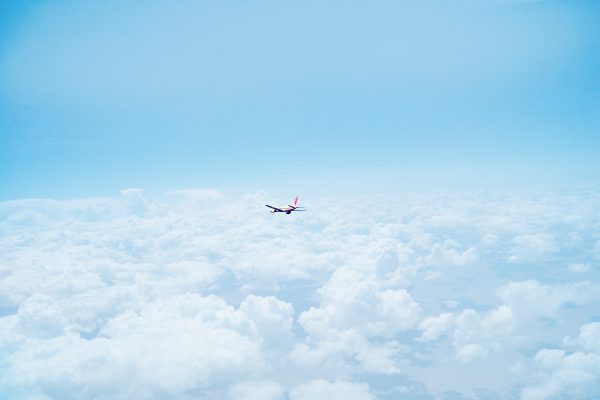 If you’re planning to travel this holiday season and you haven’t yet bought your tickets, be aware that some airlines have found a new way to incentivize you to pay extra for a seat assignment. As Vox reports: Some airlines may be using algorithms to split up families during flights:

According to the Independent, the algorithm recognizes those with the same surnames and splits them up. The study was meant to observe couples, business colleagues, or groups of friends more so than parents and children, as there are specific safety rules when flying with small children.

I don’t know about you, but most of the time I get to choose my seats even if I don’t pay extra (I don’t get the best seats on the plane, but I still get to pick from what’s left). Is this more of a budget carrier problem? Vox notes that budget airlines split families more often than non-budget airlines, even if those budget carriers claim they aren’t using the algorithm:

According to [the CAA’s] study, 18 percent of all flyers surveyed were separated from their traveling companions if they chose to not pay to sit together. For Ryanair, that percentage jumped to 35.

If you’re planning to purchase ACA healthcare this open enrollment season and you haven’t yet done so, Oh My Dollar! has been running a series of podcasts on healthcare in the United States, many of them focused on the ACA. Choose from:

The most recent episode introduces Dan Weissmann (of Marketplace, 99PI, and more) and his newly-launched podcast An Arm and a Leg, which is — you guessed it — about the cost of healthcare. I’ve already added it to my pod queue.

Lastly, if you’re planning to invest in stocks this… um… financial season and you haven’t yet done so, read The Cut’s How to Invest in Stocks if You Have $5,000:

Don’t get into the stock market if you’ll need that money in two years to go back to school or buy a car. “The idea of investing is that inherently you’re doing it for a long time,” says O’Shea. “You don’t want to invest in stocks you need in the next five years.” You’ll want those five years to ride out any market volatility.

This seems like slightly different advice than the stuff I’ve seen on Ellevest and similar investing apps; they encourage you to invest as a way to save for big purchases and goals. Ellevest even features a sample investing account from a woman who wants to buy a home in five years, so… should we be investing our money if we plan to spend it in the next half-decade, or not?

Photo by 贝莉儿 NG on Unsplash.

1. We Did Good, Billfold
2. Question Wednesday
3. What I Learned From Five Years of Writing and Editing for The Billfold
4. How a Program Assistant Dealing With a New Paycheck System Does Money
5. Classic Billfold: What I Wanted From My Move to Portland and What I Got
acahealthcareholidaysnews roundupstockstravel