The 58 Most Worthless Coins in My Piggy Bank, Unranked 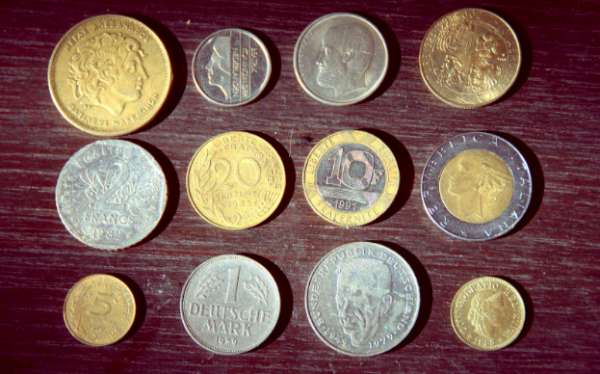 Coins nullified by the introduction of the Euro.

I have a coin collection which I think of as funny money, because like most coin collections, almost all of the coins are no longer legal tender. (Let it be noted that it is good to be a kid right when most of a continent switches to a single currency. Frazzled adults are happy to hand you their small-denomination francs, and Deutsche Marks, and groschen, and drachma, rather than go through the bother of exchanging them.)

What makes collectable coins valuable is that they’ve been discontinued — they’re no longer money, but are something else, an art object or testament to a history. They’re rare. They’re extinct. Coins are valued for their lack of value.

But that’s not why I have them. I have them because they make me laugh. If they weren’t goofy and ridiculous, I wouldn’t like them as much.

Here are 58 of my favorite, by which I mean most worthless, coins.

I like this coin because I am a Texan and putting pictures of oil derricks on your money seems appropriate to me. I also like how there are two towers on a one kobo coin. It leans into maximalism. The kobo and naira were introduced in 1973, when Nigeria switched to a decimal currency (having previously used a baroque ex-British system) so this 1974 coin is like an adorable toddler.

However, Nigeria, like many governments, has struggled with inflation. The one kobo coin was discontinued in 2007. The smallest Nigerian coin still in circulation is 50 kobo.

With that said, 1 kobo still exists, the same way gas prices are listed to a tenth of a cent. I believe I could purchase two grains of rice with this kobo. 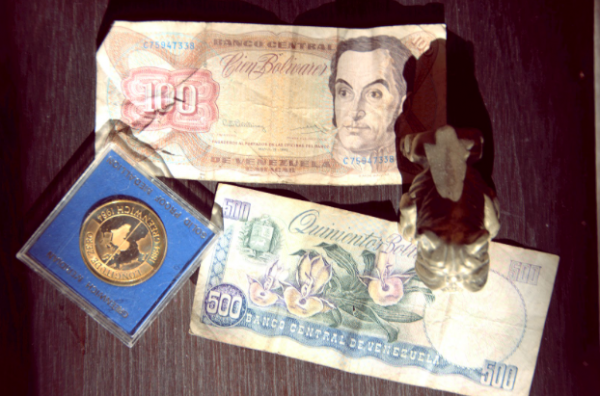 Face value: nonexistent; at the time it was discontinued, about 38 cents, thanks to exchange controls.

Theoretical coin collector value: not coins. I have helpfully included a medal commemorating the meridian line in Greenwich, which is also not a coin.

It would theoretically take 100 million Bolivars to buy one Bolivar soberano. At current exchange rates, a Bolivar soberano is worth a dime. So these bills are worth 600 billionths of a dollar, if anyone would accept them, which they would not. 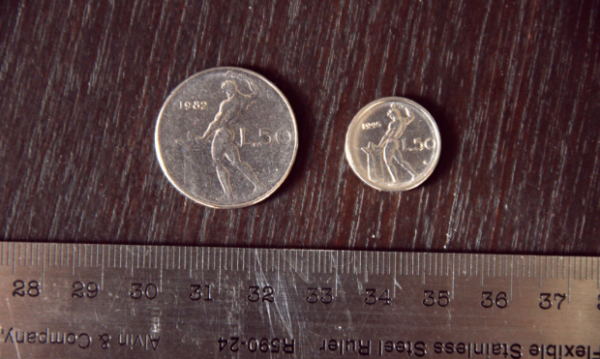 Theoretical coin collector value: about a dollar each.

In 1990, the 50 lire coin was reduced in size. Why? I don’t know. It’s made of stainless steel, not anything precious. The change can’t have pleased vending machine operators. An insult to Vulcan, if you ask me. 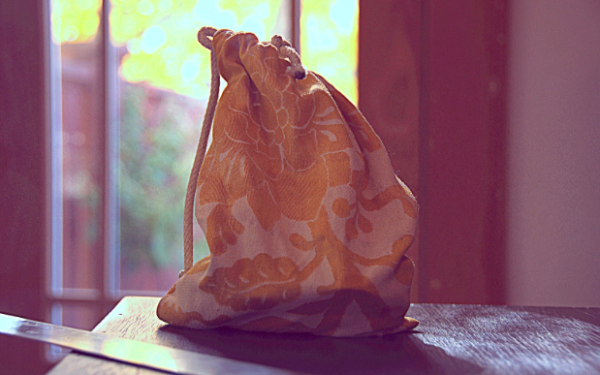 My grandmother gave me this. I’m not sure why she thought it was a good idea to put a bunch of silver dollars in a sack in 1974. It’s not a year that has any special meaning to our family. But I can never get rid of it, because it has stopped being coins and has become a self-portrait of my grandmother. 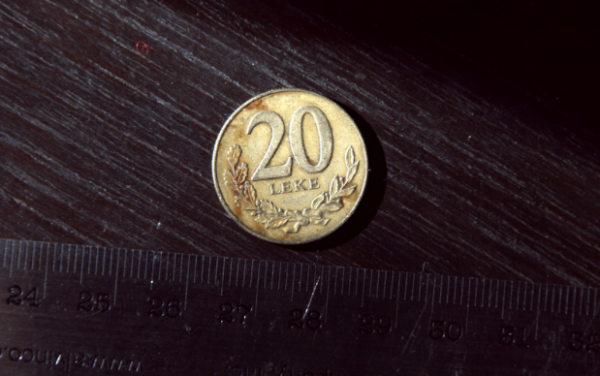 You know what’s a useful Scrabble word? Lek, which has a K in it that doesn’t need a C. Also, leke. Also, qindar and qindarka, which are no longer in use as coins but which are a hundredth of a lek, and which let you use a Q without a U.

Do you know how satisfying it is to slam this coin down on a table instead of pulling out a Scrabble dictionary? I found this on the floor of an airplane, which is the most exciting thing that has ever happened to me on an airplane. 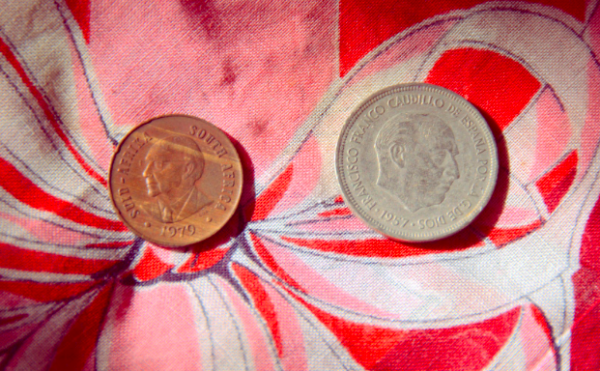 Theoretical coin collector value: about $2 and about $4.

These coins have negative value, because I hate their faces. That guy on the left is Nicolaas Johannes “Nico” Diederichs, a major figure in the apartheid government. He was an admirer of the Third Reich and brought that volksnationalism to South Africa. He remained an influential figure in Afrikaner nationalism from the 1930s until his death in office in 1978… after which his face was temporarily put on all the money so he could stick around. The guy on the right is Francisco Franco, a more famous brutal authoritarian dictator. I have placed them on a knotty red cloth as an anti-fascist binding spell. 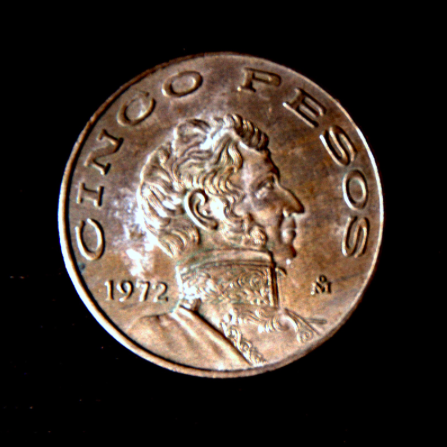 In contrast, look at this jaunty fellow! He is Vicente Guerrero, the commander in chief of the Mexican army that won independence from Spain, after which he insisted on full civil rights for not only those of European descent, but also for indigenous people, people of African descent, and biracial people, all of which he himself was. He abolished slavery and was the best. Moreover, the collar of the jacket he is wearing in this picture is everything I have ever wanted in a piece of clothing. Critics will tell you he almost certainly never wore a uniform that looked anything like this. But look at it!

However, the peso, much like the Bolivar, isn’t always itself. This is the old peso. It was replaced by the nuevo peso in 1993, at a revaluation of 1000 to 1. If this coin were still legal tender (it isn’t) it would be worth 0.025 cents. 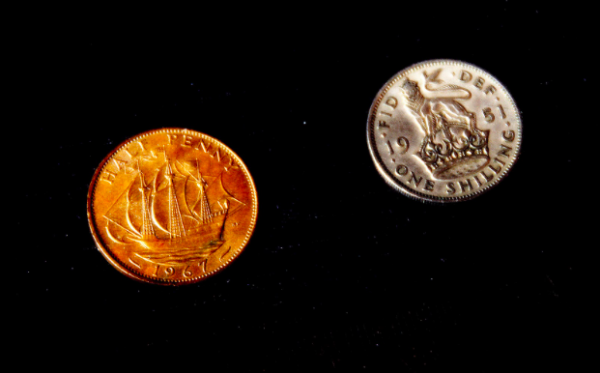 Face value: half of one pence, but pre-decimalization, when there were 260 pence in a pound. So less than 1/500 of one pound sterling.

I don’t know that I own anything which has appreciated in value as much as this half penny, which is worth hundreds of times what it says it is, despite not being worth much. However its chief value to me is that every time I hear the song lyric “if you haven’t got a penny, a ha’penny will do,” I feel satisfied.

Similarly, when I am reading a novel from the 1800s in which someone is desperate for a shilling, I know I’ve got one (pictured). The same with kopeks (not pictured) and sous (not pictured). It’s the literary version of knowing what my Harry Potter house is. On the subject of which, I found the ha’penny on the floor of Kings Cross in 2007 while passing between train platforms, although the last time it really counted as money was 1971. Wizards, you think?

My mother-in-law occasionally buys things with the idea that they will be worth something someday, and then stores them in dark cabinets until it is time to move apartments, at which time her son helps her sort through what is worth keeping and puts the rest of the stuff in the junk pile. One of these times, my husband made the mistake of saying “who would want a bunch of extremely tiny worthless coins” while I was nearby.

This is a full run of every U.S. coin ever, reproduced at about a three-millimeter diameter, a size at which it is impossible to see detail. They have a special carrying case made of blue velveteen divots which completely fail to hold them in place. They are the most worthless thing I have ever seen.

I have to hide them from myself because I am so frenzied with excitement each time I remember they exist. God bless you, Franklin Mint.

Romie Stott has far too many collections. You can read about them in The Billfold or at Atlas Obscura, and can follow her on twitter @romiesays.

1. We Did Good, Billfold
2. Question Wednesday
3. What I Learned From Five Years of Writing and Editing for The Billfold
4. How a Program Assistant Dealing With a New Paycheck System Does Money
5. Classic Billfold: What I Wanted From My Move to Portland and What I Got
coinscollectionsif you haven't got a penny a ha'penny will domoney