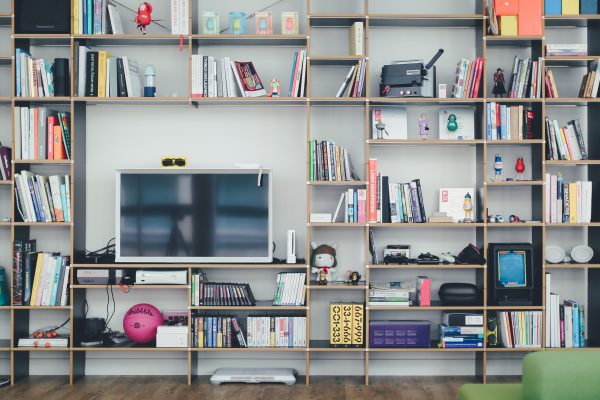 Photo by Siniz Kim on Unsplash.

I have been WAITING for some good pod news, and after weeks and weeks of nothing but “oh look, another airport and/or university library has installed sleep pods,” I finally have something new to share.

NBC is changing up the way it shows ads to consumers who still watch advertisements — and yes, they’re calling the new ad format PRIME PODS.

Here’s how they work, courtesy of the PRIME POD PRESS RELEASE:

NBCUniversal today announced its plan to decrease the number of advertisements in commercial pods by 20 percent and decrease advertising time by 10 percent across its networks during its original primetime programming. The company will also launch a new 60 second contextually-programmed PRIME POD in the first or last break of a show dedicated to up to two advertisers for stronger impact with viewers.

See? I’m not the only person capitalizing PRIME PODS!

Roughly 80 percent of the the company’s prime pods will feature a pair of 30-second spots, while the rest will contain a single 60-second ad, some of which will feature custom content.

The Adweek article explains that NBC did a bunch of research and determined that the 60-second ad was the optimal length for both consumers and brands. NBC also tested the PRIME POD format with a handful of actual shows, and learned that prime pod advertising had “similar retention levels to actual programming.”

In other words, people are watching the ads instead of skipping them or changing the channel.

PRIME PODS officially launched this Monday, and I’m curious if you’ve noticed any of them (or are now remembering that you saw a PRIME POD ad now that I’ve explained what it is). I’ve already purchased the next season of The Good Place through Amazon, so I look forward to watching my NBC programming ad-free — minus the one ad Amazon’ll run at the beginning, because nothing is truly ad-free these days.

1. We Did Good, Billfold
2. Question Wednesday
3. What I Learned From Five Years of Writing and Editing for The Billfold
4. How a Program Assistant Dealing With a New Paycheck System Does Money
5. Classic Billfold: What I Wanted From My Move to Portland and What I Got
advertisingnothing is ad-free not even the billfold please support us on patreon or paypalof course the best ads are going to end up on YouTube and get Slate articles written about them and all of us who don't have televisions will end up watching them anywaypodspods pods podsthis week in pods