The Cost of Owning My First Car in Middle Age 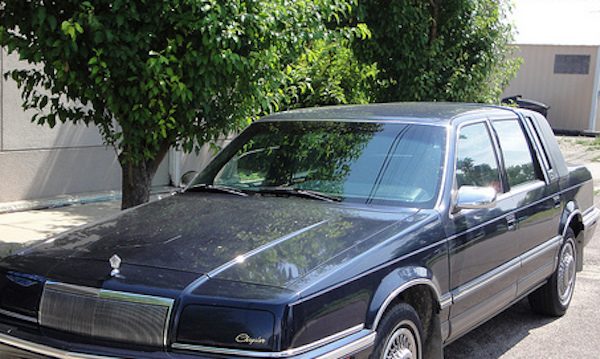 For my first twenty-five years as a licensed driver, I didn’t have my own car. I’d grown up using public transportation and biking; both tickets to independence before I was even old enough to get behind the wheel. In high school my parents let me borrow their Volvo or boat of a Chevy Nova on occasion, but otherwise I took the city bus, biked, and walked. During college I lived in a town small enough to navigate easily without four wheels, though my boyfriend had a motorcycle, which we sometimes rode to class when we were running late. Usually I was on foot, except when I hitched a ride at night via the school bus that a local bar had transformed into a shuttle for people who’d imbibed a bit too much.

After college, I moved to Portland, Oregon and continued my car-free life. In my view, I was too broke to own and maintain something I could get by without, which was true. Although there was often a partner or friend with a ride at their disposal, I tried not to rely on them; instead, I became very familiar with Portland’s excellent public transportation system.

At age 26, I purchased a retro bicycle from a thrift store for $18 and rode it around until it was stolen from my apartment in Seattle six years later. At that point I was gifted a bike a friend found in an abandoned house where he was doing construction work. My bike usage had diminished due to the many altitude changes throughout the urban terrain of Seattle, but possession of a motorized form of transport still wasn’t necessary. I found it interesting to figure out how I’d get from here to there. Local buses were cheap, and traveled as far as neighboring cities. Craigslist rideshare was there for longer jaunts and good old Amtrak proved a fun place to meet people you’d likely never see again — although that wasn’t always the case, as I once met someone on the city bus whom I dated for over three years. Driving a car isn’t so conducive to encounters with intriguing strangers, unless you regularly pick up hitchhikers.

The carless inclination also helped me get a couple of day jobs in my twenties. For a very short while, I made $7.50/hr as a bike messenger, until the rain, traffic, and constant pedaling made me crazy. I also spent two years as a walking courier, eventually earning $8/hr while hoofing around downtown Portland.

People worry that urban cycling is unsafe, but I only had two minor accidents. One involved getting my wheels stuck in the MAX train tracks, and the other was a surprise collision with a fellow rider. Otherwise I was unscathed.

I moved back to Portland in my late thirties, and found that depending on bike and public transportation was now becoming cumbersome. After an entire day each direction on a grueling bus ride to Colorado, I vowed never to “Go Greyhound” again. Meanwhile, I was biking so frequently I developed an infection between my legs that soon spiraled into a host of other temporary health issues and the worst case of anxiety I’ve ever experienced, which finally morphed into a cavern of depression. On top of that, car drivers were yelling at me for no obvious reason as the city’s population grew and traffic became more intense, and my butt was often wet from riding in the rain with no fenders. Several years later still, I got divorced and the tenuous access I had to my former husband’s car vanished.

That’s when my friend offered me the use of her 1993 Chrysler New Yorker. A couple months turned into a proposal to pass on the vehicle we’d come to call “Diane Ernstrom” (aka “The Floating Couch”) to me. We agreed that trading 60 hours of babysitting landed me full ownership. A year later, it was official. At age 42, I finally owned my own car.

Because of this, I’ve been able to commute to more far-flung job sites for my gardening business, chauffeur friends around, and generally avoid buses. The car has a working cassette deck, so I’ve also had the opportunity to listen to all the returned mix tapes I’ve made for friends, as well as recordings of college radio shows I deejayed. Not everything on the car works, though; the driver’s side window doesn’t roll down, which is fun when you need to talk to someone outside, pass along money, or grab a parking stub. The fuel gauge is finicky, and there’s no air conditioning. Diane’s age and condition prevents me from taking more distant adventures as well; there have been four minor breakdowns so far, and it seems unwise to risk being stuck in the middle of nowhere.

Most importantly, I’m spending a lot more money on transportation than I used to in my pre-vehicle days. Here’s the breakdown:

At this stage, I’m all in as a car owner. It’s near-impossible to go back once converted to the sweet ease of jumping into an automobile that works the majority of the time. Other forms of transport have been promoted to novelty status instead of laboring under the burden of necessity. But I don’t regret waiting. It actually elevates the whole experience, even if I’m not sure how long old Diane will last.

Jennifer Budke has a few published works, including a mini-memoir called Ricochet, a swimming hole review and a flarf. She still thinks public transportation is a good way to meet people.

1. We Did Good, Billfold
2. Question Wednesday
3. What I Learned From Five Years of Writing and Editing for The Billfold
4. How a Program Assistant Dealing With a New Paycheck System Does Money
5. Classic Billfold: What I Wanted From My Move to Portland and What I Got
bikingcarspublic-transportation