The Cost of Getting C. Diff 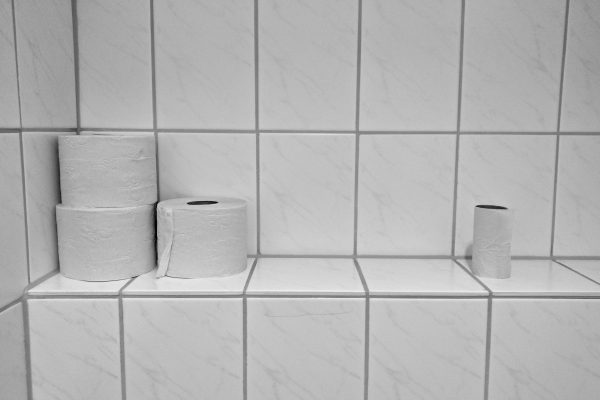 Photo by Michael Jasmund on Unsplash.

One day in December, I got mysteriously ill. I’ll spare you the details, but let’s just say that I was suddenly spending a LOT of time on the toilet.

What my doctor thought was just a routine stomach bug turned out to be an aggressive bacterial infection called C. diff, and it set off a chain of medical issues that have cost me over $2,500 this year.

A week after I went to the doctor for the first time, I was in Kentucky to celebrate Christmas with my extended family. My stomach troubles were continuing, but on Christmas day they got worse — I was on the floor of the bathroom, pressing my cheek against the cool tile of the floor for some relief, hopping on and off the toilet. My mom took me to my aunt’s doctor, who took some tests, and called me back the next day to say that I had C. diff.

In case you’re unfamiliar with C. diff, the Mayo Clinic has a nice description: “a bacterium that can cause symptoms ranging from diarrhea to life-threatening inflammation of the colon.” It usually affects older people in hospitals, and the doctor was very confused about how I, a healthy young person who had not recently been hospitalized or taken antibiotics, had gotten it. I, too, remain confused.

My cousins, who have toddlers, immediately quarantined me, and I began a round of antibiotics.

My round of antibiotics ended, and my symptoms hadn’t changed. I was back in Minneapolis, where I live, and went to my regular doctor. She put me on more antibiotics, saying that, in her experience, C. diff sometimes takes a few rounds of them to dissipate. She also re-tested me for the infection. A few days later, she called me to say I had tested negative for C. diff. She said I should finish out my antibiotics, and referred me to a gastrointestinal (GI) specialist.

I went to the GI’s office. I picked it because it’s one of the places my GP referred me to, plus they had an office down the block from where I work. The doctor was a stodgy old man who kept interrupting me when I was trying to tell him my symptoms. He told me I should get a colonoscopy (to see if it was Crohn’s, or something else serious).

I did the colonoscopy, and I hope to God that I don’t have to repeat that again until I am very, very old. If you have ever done colonoscopy prep, you know what I’m talking about. My colonoscopy showed no signs of Crohn’s, Irritable Bowel Syndrome, or anything else that indicated why I was this sick.

Colonoscopy: $513 out of pocket

Two days worth of liquids for my colonoscopy prep (juice, sparkling water, broth): $45

Giant bottle of laxative powder from my local pharmacy: $7

Since the colonoscopy revealed nothing, my doctor suggested that I then do an upper endoscopy. I didn’t understand fully if this test was necessary, but my illness was getting worse — I was starting to get debilitating stomach pain. So I scheduled the upper endoscopy for the next month.

During this time, I was also looking into alternative treatments. I ordered a book recommended by a friend, called Digestive Health with REAL Food: A Practical Guide to an Anti-Inflammatory, Nutrient Dense Diet for IBS & Other Digestive Issues.

This book talked a lot about elimination diets: where you strip down what you’re eating to some key, anti-inflammatory foods (basically meat and a few vegetables), eat only that for a few weeks, and then slowly add individual foods back in, one at a time, to see what irritates your gut. I usually rely on black beans, Greek yogurt, eggs, and vegetarian proteins (like tofu and tempeh) for my protein, but this writer argued that a lot of those foods were irritants, and were probably making symptoms like mine worse. She recommended incorporating more meat into your diet, and cutting out things like legumes, sugar, and lactose.

Buying 3-4 lbs of meat and an increase of vegetables every week: extra $20/week to my grocery bill for the last five months.

I then met with a local nutritional therapist. She was a little woo-woo, but had some good insight into what I could eat to help diversify the bacteria in my gut and get it healthy again. She confirmed that the diet I was trying was good, and encouraged me to stick with it. But she turned out to be an anti-vaxxer, so I decided not to schedule a follow-up.

Consultation (not covered by insurance): $150

My symptoms had gotten a little better, but weren’t gone, even though I was on a super strict diet. I went back to my GI specialist, but asked for a different doctor, and got the only female doctor there, who turned out to be awesome. She said the upper endoscopy wouldn’t be a bad idea — it could rule a few other possibilities out.

I did the upper endoscopy, but nothing new was revealed (except for the fact that my digestive tract was inflamed. Breaking news).

Upper endoscopy: $604 out of pocket

I went back to the doctor to talk about next steps, since it still seemed to be unclear why I continued to be sick, even though I had gotten rid of the C. diff, didn’t have Crohn’s, and wasn’t eating anything enjoyable. She said that, if she had to guess, it was likely that the C. diff had wrecked my gut, so that even though it was gone, my digestive tract was damaged. She said that I should meet with the office’s nutritionist to talk about some new possible diets that would help.

I met with the nutritionist, and she was great. She asked me about what I had been eating recently, and said that my continuing reactions to certain foods indicated that I should try the low FODMAP diet.

I had been taking probiotics on and off for years, but I started buying them regularly. They helped.

I started going to yoga regularly, to help de-stress. I figured that would be good for my gut.

I got Headspace, a meditation app, to help me be more mindful with my eating.

I am feeling better! I’m not cured, but having stomach pain is very rare now, and, if I take my probiotics consistently, my digestion is back to normal…ish. I did go on the low FODMAP diet (which I wouldn’t wish on anyone, since it’s a pain in the ass), and was able to slowly incorporate a lot of foods back in that I had previously not been eating (hard cheeses! beans!). But my diet is way more restricted than it was before I got sick, and I’ve come to terms with the fact that I may never be able to eat ice cream (my favorite food) ever again.

If I could go through this again, I would:

—Price shop on my GI specialist. I learned after I did both procedures that I could search my health insurance for doctors ranked by how much they tended to charge. I could have likely gone to a different doctor who would have saddled me with less out-of-pocket expenses. It sucks that medical care is something we have to price shop for, but it’s the reality.

—Go to the nutritionist first. If I had tried the low FODMAP diet first, my health would have improved much earlier. I may have still done the colonoscopy to rule out more serious things, like Crohn’s, but I wouldn’t have done the upper endoscopy.

—Start probiotics earlier and use them consistently.

Anonymous works in non-profit fundraising in Minneapolis. She lives with her boyfriend and geriatric cat, bikes to work through the Minnesota winter, and really misses ice cream.

1. We Did Good, Billfold
2. Question Wednesday
3. What I Learned From Five Years of Writing and Editing for The Billfold
4. How a Program Assistant Dealing With a New Paycheck System Does Money
5. Classic Billfold: What I Wanted From My Move to Portland and What I Got
c diffdietfodmaphealthhealthcare