How a Tech Worker Starting a New Job Does Money 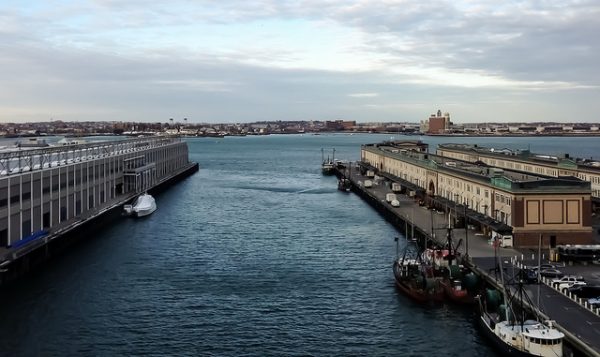 Angelina (not her real name) is twenty-nine and works in tech in Boston.

So, Angelina, how much are you making?

Well, I start my new job later this month, and I’ll be making $75K there. So at this exact moment, $0. But I have savings for the time between jobs.

How much time do you have between jobs?

I took about a month-and-a-half.

Wow! Is that a planned break, or an unplanned one?

It was planned! It was a combination of wanting time off, and time to move, and having a bunch of pre-planned travel I knew I couldn’t ask a new company for. The timing worked out really well! Although I’d given up my lease and was ready to move before I got the job offer, so that was stressful. (There was a slight chance of a very long break.)

I bet it was stressful. How much were you making before you left that job, and how much did you save to cover the break?

That’s over 20 percent of your annual salary! How long did it take to save it up?

A while! I had emergency fund stuff. I’ve prioritized that for a while. Saving the moving money I think took… eight months maybe?

Not bad! Let’s talk about your income vs. your expenses, then. Where is most of your cash going, how much is left over, and how is that going to change with the move and the new job?

These are ballparks for the new budget in the new city.

The big change here is that my emergency fund went way down because I’ve been living on it. Then I spent $3K out of it at the vet’s this month. So now I’m down to about $3K in my emergency fund, so building that up is going to have to be the first priority.

You’re the second Doing Money interviewee in a row to mention large pet bills. How is your pet doing?

Not great. She came home this weekend and won’t eat. I have another call with the vet this afternoon. If she still isn’t eating, I’ll probably have to put her down, which is really hard.

I’m sorry to hear that.

Thank you. It’s been pretty tough. On the other hand, the thing that wasn’t tough was paying for it. I mean obviously it was stressful, but I had the money marked out for emergencies and I could just move it straight to my vet category in YNAB, so it was nice not to be worrying about that too.

There was a woman dropping her cat off when I was picking mine up, and in addition to worrying about her cat, it sounded like she wasn’t sure if she could pay the bills, and they want a card up front. So I was glad at least that I could pay for it. And then I just had to think about, you know, what kind of treatment is the right call.

But in some ways having the options is hard too. It’s hard for me to say “Well, I could pay for more care, but I don’t want to,” even though I don’t think it’s helping her quality of life. The vet is like “Well, we could try more meds, and different meds, and more tests,” and it’s a lot to ask of a cat. But it’s hard too because I think it is a lot to ask monetarily, and then I feel badly for thinking about that.

I’m sure. And again, very sorry to hear.

So yeah. Right now my budget focus is building up my emergency fund again, and trying to figure out what the actual costs here are going to be. Then, after that, focusing back on retirement savings.

How do you feel about your budget? Are you generally able to stick to it, or do you find yourself getting in the way of your own good intentions?

I’m pretty good I think. I try to give myself enough room to be flexible, and I keep some money in a separate splurge category that I don’t touch usually (except for deliberate splurges), but I can pull from that if there’s a last-minute thing at the end of the month.

My groceries and going out/fun money are pretty flexible too, so I usually move money between them based on what I’m feeling.

Do you have any financial habits you wish you could improve? Or any big mistakes you learned from?

I tend to treat my charity budget as more flexible than I would like to. I’m really good at, like, paying myself first for my Roth — that money sits in its YNAB category and I don’t touch it. But my charity line is more flexible, and I am more willing to pull from it if something comes up. I’m trying to think of it more as a “don’t touch this money” line, but it’s very difficult.

I overspend on trips a lot. I budget for it, but I could go on more trips if I spent less on them.

Also I worry a lot, just generally. I feel like having money in savings should make me less worried. But it doesn’t, really. I think maybe it’s a Millennial thing?? I read all these articles about how no one will have enough money to retire and it really freaks me out. Or buying a house! What if I want to buy a house?

I know what you mean! I’ve been watching real estate in Cedar Rapids and it’s basically what Seattle real estate cost five years ago but THAT COST IS STILL UNAFFORDABLE TO ME!

But a lot of people do houses with no money down, etc. So it works out, as long as you can stay ahead of the mortgage/taxes/insurance/repairs.

But isn’t that what caused the housing market crash?? Oof. It’s definitely something I worry about. My boyfriend is talking about eventually buying a house out here, and I feel like, okay, but I’m not going to want to pull back from retirement except for emergencies until I hit a coast point, so… where will I pull the down payment from?

He makes a lot more than me also, which complicates things.

Long term, mostly in the sense that it makes me a little anxious to be making less in a partnership. Short term, more in that I want to be able to keep things equalish when we go out, but I can’t afford to keep up.

I’ve sort of settled on a mix of every 3-4 dinners, and I grab smaller things, like if we go out for ice cream. But I feel weird about it sometimes.

Right?! I wonder if guys find it weird? He doesn’t ever seem to, though we talk about it a lot. But a lot of my female friends have trouble with the same dynamic so it’s not just you and me.

For sure. There was that Ashley Ford piece where she interviewed a bunch of Millennial women about dating and money.

We can turn that discussion over to our commenters, but first, the question you knew was coming: what advice do you have for Billfold readers?

The best thing I ever did for myself was twofold:

I never noticed the money was missing from my paycheck because I never had it to start with. Also, I know having a budget stresses some people out, but it makes me a lot less stressed. I like knowing I have a plan in place, and also a Plan B in case I need to visit the animal ER at 2 a.m.