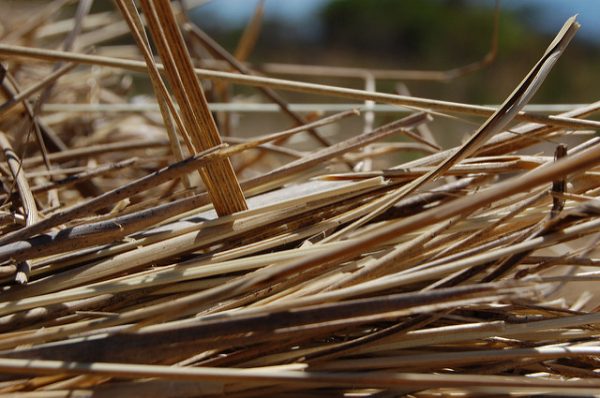 Which is how, the first time his daughter brought a new boyfriend over for dinner, the father ended up saying “You know, she’s a real computer whiz. Found all kinds of ways to make money on that thing. She even does cryptocurrency.”

“Dad,” his daughter said, not unkindly. She turned towards the man she still wasn’t sure she would marry. “I was a miner for a while. Like, ten years ago, when you could do it from home. Except they called it milling, because it was like this copycat Bitcoin called Straw.”

“Oh, wow.” The boyfriend laughed. “Is Straw still a thing? That was, like, worse than Dogecoin.”

His daughter didn’t acknowledge that he had spoken. “Yeah, it’s still going. They switched their whole branding a while back and now they trade these animated gifs of, like, dancing milkshakes. Certain flavors are worth more than others, and you can do combinations, whipped cream, you know how this goes.”

“I don’t know how it goes,” her father said.

“I check my balance sometimes,” the daughter continued. “I’ve got a gob of money in there. Haven’t pulled it out yet because, you know, price is still going up.”

Her father spoke quickly, to ensure he was still part of the conversation. “You’d be a lucky man, if you married her. She’s sitting on a pile of gold!”

After the dinner was over, the man had to listen to his daughter explain how what he’d said had been inappropriate, and how she was angry with him, and might not return his texts for a while.

But it wasn’t a very long while, and a few months later the daughter and the boyfriend announced their engagement, and the father didn’t say he’d always known they would, because children hate it when their parents are right about things.

“How are we going to pay for this?” the daughter — who might now more accurately be referred to as the wife — asked. “We’re going to have to cover twelve weeks of FMLA leave plus probably another eight weeks unpaid because I’ve only got fourteen vacation days per year and five of them are federal holidays. And if you take extra time off, which you should, that’s more money we’ve got to budget for, and we’re totally going to blow our deductible this year, so that’s, like, seven grand off the top, and…”

She looked up from her phone. “This baby might cost us twenty thousand dollars.”

“It’ll be okay,” the husband said. “We’ll make it work. Anyway, aren’t you sitting on a pile of gold?”

The wife hadn’t thought about her Straw account in years. She’d stopped checking it after the first move, when people lost interest in dancing milkshakes and the value of her investment plummeted. So much for that, she’d thought, but when she searched “Straw value” she learned that there had been another pivot and a third round of rebranding — basically, Straw had convinced middle-aged people who felt like they’d missed out on the first cryptocurrency boom because they didn’t understand how the blockchain worked that it was the perfect opportunity to get into the game, buy low and sell high — and now it was just another boring investment with modest growth every year. Her pile of gold might not have been as large as it was during the milkshake days, but it should still be a significant pile.

The wife — or the woman, since she doesn’t always need to be defined by her relationship to men — stared at the Straw login page. She didn’t actually need her private key to access her account and sell her Straw; she just needed the fifteen-character password she’d created when she built her Straw hat (which was literally the same thing as a Bitcoin wallet, but Straw had to have its own terminology for everything). Accessing the hat would automatically supply the account with the fully encrypted private key, and yes, there was an argument that this type of password-accessible key storage was just as hackable as anything else, but she wasn’t worried about being hacked right now, she was worried about not being able to get into her account.

The screen told her she had three tries before she would be locked out permanently. She couldn’t request a password reset because it would get sent to an email address that she no longer used. Calling customer service took her to a phone tree and then a series of recorded messages that recapped information she’d already read on the FAQ page. Her only option was to try and come up with the password on her own.

Okay. Not that one. Except… she swore she remembered typing that password into her Straw account. Hundreds of times. What if she’d typed it wrong? She hated the ones that only showed you your password in little dots, so you couldn’t see what you were writing. Her father always said she typed too quickly, that she’d make fewer mistakes if she went slower, even though he told everyone else she was an excellent typist — okay, she did not need her father’s voice in her ears right now. She was working on this in therapy. How was she going to be a good parent if she couldn’t stop feeling anxious every time she thought of her father, much less visited him in person? God, what if she ended up passing that family dynamic on to the next generation.

Well, there wouldn’t be a next generation unless she could get this pile of gold unlocked. They couldn’t afford it.

She’d either typed that password wrong, or changed it at some point. She had two chances.

Fuck. It was okay. It was not okay. Was this a pregnancy thing? They’d just started trying, she hadn’t even taken a test yet, but she felt like she couldn’t breathe. Like she was going to start crying. What if she was pregnant? What were they going to do with this baby? She wasn’t even sure she wanted a baby. No. She’d thought about this. She did want a baby. It was funny how everyone thought about wanting babies when they only stayed babies for, like, a year, when what you really should say was “I want a child, I want a teenager, I want an adult.” But people never said “we’re raising an adult!” They said “we’re having a baby,” and then they spent the rest of your life thinking of you that way.

No. No. Focus. This wasn’t about her past, it was about her future, and anyway she knew her father had done the best he could, he’d been a single parent and it had not been easy for him, and if she still felt bad about the little nagging criticisms she heard every time they spoke, that was her fault, not his. That’s just how parents showed that they loved you. She wanted to be a different kind of parent, except that’s what everyone said. “I’m-going-to-have-a-baby-it’s-going-to-be-different.” Maybe she wasn’t ready to have a baby right now. Maybe she should tell her husband that she got locked out of the Straw account so she should go back on birth control.

She opened her Notes app, closed her eyes, and let her fingers type, trying to see if it was in her muscle memory. Then she got up and went into the bedroom closet and pulled out the cardboard box labeled “important papers,” the one with the birth certificates — focus — and old tax returns. She knew there’d been a paper that she’d written a bunch of passwords on, even though you weren’t supposed to do that, but she’d wanted her husband to be able to access her accounts in case something happened to her. Of course, most of her passwords would have changed by this point, the companies that didn’t force a change every 90 days would have sent emails saying they’d been hacked and that she should change every password she’d every used, but there might be something.

By the time the box was empty, her husband had come home; by the time dinner was over, the Straw login page had forgotten that she’d already made two password attempts. “How’s the pile of gold going?” her husband teased. “It’s going,” the woman said.

She could keep trying, two passwords at a time, until she unlocked the account. She had until the baby came — because she knew she was pregnant, she felt it, parents are right about things. That last part was another echo of her father’s voice, but she didn’t mind. It was going to be okay. Her husband had also been right. They were both going to be so excited, when she told them.

1. We Did Good, Billfold
2. Question Wednesday
3. What I Learned From Five Years of Writing and Editing for The Billfold
4. How a Program Assistant Dealing With a New Paycheck System Does Money
5. Classic Billfold: What I Wanted From My Move to Portland and What I Got
fictionfinancial fairy talesthis is the last one you'll get until the book is published (which will have a bunch of new ones)