A Friday Chat About Subscription Tickets 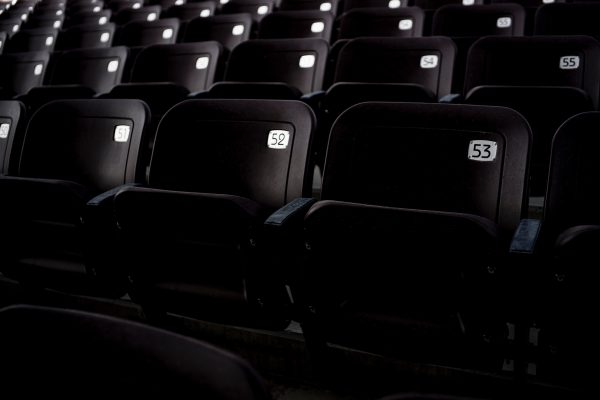 Photo by Adi Goldstein on Unsplash.

NICOLE: Do you have any plans for the weekend? It’s the first day in about a week that there hasn’t been rain, so I’m planning to go outdoors.

BORNSECULAR: It’s still rainy here but finally cooler, so that’s nice. Tomorrow night we have a get together planned with friends. We may play cards with another couple on Sunday night (we have the last two weeks).

NICOLE: Cards are fun! I often prefer them to some of the more complicated and/or gimmicky tabletop games (shhhhhh don’t tell anyone).

BORNSECULAR: Haha, my husband looooooves all games, so we do both. He’s really into bridge right now. Yes, we are super nerds! 😉

NICOLE: Bridge is fun because it has both math and bluffing! I remember reading the bridge column in the local newspaper when I was a kid and trying to figure out how everything worked.

BORNSECULAR: Any time you need to fill another chat slot, we could always talk about games. We have spent way too much money on them in the last few years.

NICOLE: I would love to!

BORNSECULAR: Yeah, bridge is interesting. There are two games in it: the bidding portion, and the actual play of the hand.

NICOLE: And it’s a partner game, so there’s the collaborative element.

BORNSECULAR: My husband is reading a lot about it and teaching me. He’s added “bridge tournament” to his bucket list. Wagering money on it scares me though!

NICOLE: We used to wager peanuts and stuff when we played poker in high school. I’m not sure I’ve ever played a card game for actual money.

BORNSECULAR: We would probably start with pennies.

NICOLE: They are practically worthless, after all.

BORNSECULAR: But they add up!

NICOLE: I know! Isn’t it bizarre? How something that isn’t even worth the cost it takes to make it can somehow add up to the way you live your entire life? WOW THAT’S DEEP.

NICOLE: Eh, I’m sure I’m not the first person to have thought of it.

BORNSECULAR: I am bad at emoji or I would have sent the thumbs up one.

NICOLE: But you also wanted to talk about theater subscriptions, right? I know all of our new arts seasons are starting this month and I have to figure out which tickets I’m buying.

BORNSECULAR: Yes, our season tickets have been arriving. We subscribe to three seasons: a Broadway series, local Repertory theater, and opera. We like to think of ourselves as patrons of the arts.

NICOLE: So do I — but I have yet to commit to a subscription because I never know what my schedule’s going to be like.

BORNSECULAR: We actually found that we make time for it if we have the subscription. Before we had them, we would totally forget something was coming up and never end up buying single event tickets.

NICOLE: That makes a lot of sense. It’s easy to change your mind the week before or the day of (or forget about the stuff you want to see).

BORNSECULAR: There was always a reason to not go, but the season tickets force us to plan for it. Which is easier for me when I know about it months ahead of time. Subscribers often get nice benefits for changing tickets and such. For the opera ones, we can change our tickets up to 24 hours before, and we’re guaranteed replacements.

NICOLE: Oh very cool! How many nights does everything run? Around here it’s either one night only or a weekend at most.

BORNSECULAR: Operas run about four days I believe, over two different weekends. Broadway ones are a week, and the Rep shows are about a month. So the Rep tickets are easiest to exchange, obviously. But we like to go on opening nights there because afterwards they do a party with complimentary snacks and drinks. I love free stuff!

NICOLE: Me too! (The last time I went to a theater opening night they had free food but nobody was eating it and I worried that maybe it wasn’t for us, maybe it was just for donors or special people and then I didn’t eat it either.)

BORNSECULAR: Oh yeah, I hate that kind of unspoken pressure. Another reason we really like having season tickets is it forces us to go see things we might otherwise pass up.

BORNSECULAR: Some of our favorite shows have ended up being ones we had never heard of before hand. We had no expectations for it, so we could only be pleasantly surprised.

NICOLE: Which one was the most surprising?

BORNSECULAR: A couple years ago the rep did a drama called The Invisible Hand. It was very well acted.

NICOLE: PLEASE TELL ME IT WAS ABOUT ECONOMICS.

BORNSECULAR: It was! A big shot American banker is held hostage in the middle east & forced to teach his captors about the stock market so they can make a ton of money and he can “earn” his freedom.

NICOLE: I love it.

BORNSECULAR: It was the surprise hit of the year for us. We still talk about it (obviously). These are not cheap dates though! I looked up our costs just for this chat.

We will probably drop the Broadway one after this year. There have been some major flops lately and it’s just so much more expensive! But we had to stay subscribers this year because ~Hamilton~ is coming. I live under a rock and have not heard anything from it, so I would appreciate advice on whether I should go completely ignorant, or get some familiarity beforehand.

NICOLE: Oooooh I don’t know! I heard the soundtrack first and saw the show later, but I’d love to hear from people who did it the other way around. Let’s turn it over to the commenters — and happy Friday, all! 👍

If you’d like to be part of a future Friday chat, please email nicole@thebillfold.com.