A Friday Chat About Boxes Inside of Boxes 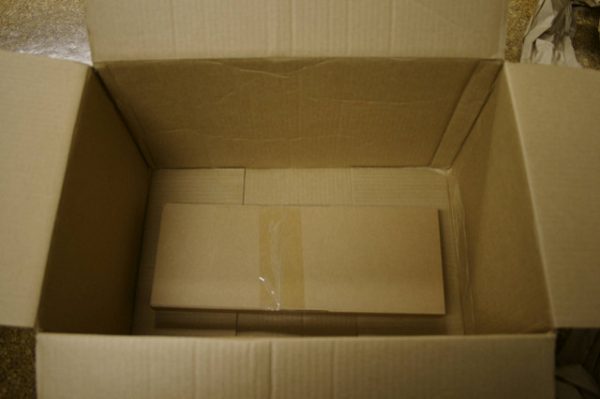 NICOLE: Okay, so tell ’em about the box.

NICOLE: Well, I got my JCPenney package with underwear and new towels, and it came in this box that was way too large for the amount of underwear and towels I had bought, and when I opened the box I found a second box inside.

NICOLE: Addressed to someone else.

NICOLE: Right. Like someone had packed that box inside of my box, and gave me an extra-large box to make sure there was enough room for this other person’s box!

NICOLE: Tell ’em how large the box was.

NICOLE: It was large enough for me to climb inside, and if I sat down in it the box would definitely have gone up to my shoulders.

NICOLE: Did you sit down in it?

NICOLE: You told me to tell them how large the box was, so I made it sound really large.

NICOLE: But it was really large.

NICOLE: Yes. You know that. You were there.

NICOLE: And what about the smaller box?

NICOLE: It was roughly the size of a breadbox.

NICOLE: No one knows what that is anymore.

NICOLE: But it wasn’t shoes.

NICOLE: No. It was stuff from Sephora. Which I knew because it had “Sephora” printed all over the box, as well as a UPS shipping label that was addressed to someone who was clearly not me.

NICOLE: So what did you do?

NICOLE: Well, I wondered if I could just drop the box off with UPS, since the shipping label hadn’t been, like, processed? So if I put the box in a UPS mailbox, they’d scan it and send it to the right person? Then I decided to ask JCPenney what I should do.

NICOLE: And how do we get in touch with JCPenney, in this modern era?

NICOLE: But way worse than email!

NICOLE: So what’d they say?

NICOLE: It’s actually not that much extra work. I paid 15 cents to print the label at the library, and I was planning to go to the library anyway, and then I dropped the package in the UPS mailbox across the street.

NICOLE: You should probably remind people that you did the math and using the library for printing is cheaper than buying a printer of your own.

NICOLE: So the package is going back to JCPenney, and somewhere out there a person is wondering where their Sephora order ended up. Do you think the person who processes the return will know to send the Sephora package to its rightful owner, or will they just process it as a return?

NICOLE: I’d bet it gets processed as a return, and the person won’t notice that there’s a refund on their credit card, and they might tweet JCPenney a week from now asking about the status of their package.

NICOLE: In other words, this person is never getting their Sephora order.

NICOLE: Unless they order it again.

NICOLE: So why didn’t you just keep the package?

NICOLE: If the outcome is the same whether or not you sent the package back — like, the person is never going to get the original box, but they will eventually either get a refund, ask for a refund, or ask for the shipment to be resent — why not keep the Sephora makeup for yourself?

NICOLE: Because that would be MAIL FRAUD.

NICOLE: But it would be the perfect crime! The box never got scanned, so no one would be able to track it to your apartment!

NICOLE: People always say “perfect crime” right before they get arrested. Also, I have no idea if that makeup would have matched my skin tone.

NICOLE: There was only one way to find out!

NICOLE: No. We are done with this conversation. We did the right thing, and it was a little annoying, and that box is probably never going to end up where it should have gone, but we did it and we can stop talking about it now.

NICOLE: I wonder what other Billfolders would have done in this situation.

NICOLE: I see where you’re going with that, but they probably would have done the exact same thing.

Want to be part of a future Friday Chat? Email nicole@thebillfold.com.