Financial Fairy Tales: The YouTuber Who Went Forth to Learn What Fear Was 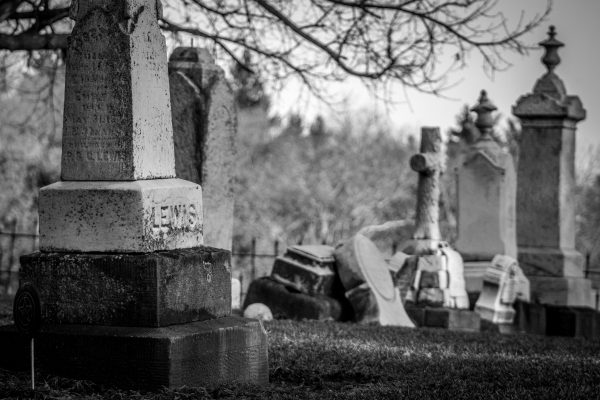 Photo by Wendy Scofield on Unsplash.

There once was a father with two sons. The oldest son was like his father in many aspects: solid, reliable, adequate at sports, more than adequate at work, the type of person who might have lived a quiet middle-class life two generations ago — and still, in many ways, expected to.

The younger son was a YouTuber.

He was called Hans, not because that was his name but because he had started his YouTube career after playing a supporting role in another YouTuber’s video. He had willingly plunged his hands into a series of buckets, each containing an unknown substance — ice water, ghost pepper salsa, live bait — and had improvised a cry that became a meme: “my hans, my hans!”

His friend was no longer making videos, but Hans had over 500,000 subscribers.

“Sure it is,” Hans said. He was wearing a unicorn hoodie provided by one of his recent sponsors.

“But it’s not stable.” His brother had made it through two rounds of layoffs without being fired. He knew the value of being a good employee. “Aren’t you afraid that all of this is going to disappear someday?”

“Hey, it’s Hans! So I was talking to my older brother — hi, bro! — and he asked me what I was afraid of, and I was all… I don’t know! Like, fear is this thing that a lot of people have, that keeps them from getting what they want, and I’ve just never felt like that. So I thought it was time to, you know, figure out if there’s anything I’m actually afraid of. Where’s my fear point? What’s it preventing me from doing? How can we use our fears to, like, grow?”

Hans adjusted his tripod and checked the lighting. It looked suitably spooky.

He was walking behind his selfie stick, looking for decades-old communion wine to drink on camera, when he saw the figure at the top of the stairwell. It was draped in white, and although he could apply some filters to make his audience think it looked ghostly, it was fairly obvious that he was looking at a live human. Whom he knew.

“What’s that?” he said, affecting a nervous tremble as he carefully balanced his camera on a nearby pew. “Are you a ghost? You should say something if you’re not a ghost — or say something if you are, I don’t know if ghosts talk.” The figure remained silent, and Hans looked back at his camera. “Maybe it is a ghost. But maybe it’s just someone trying to SCARE ME!”

He ran towards his brother, laughing. His brother startled and fell backwards down the stairs.

“Hey, it’s Hans. Thanks to everyone who donated to my bro’s GoFundMe last week. I hate that we live in a country where you can, like, lose a job just because you broke your leg. And your health insurance. I’m on the ACA, which I’m really lucky to have, so, you know, remember to vote this fall! Not to be political.”

This time he was in a cemetery. It was twilight.

“So today I’m at Holy Oaks, because I want to explore whether I have a fear of death. You probably remember the skydiving video I did last year, thanks to my amazing sponsor BlueJoon Energy Detox, and I think I was a little bit scared? Maybe? Then? Although, you know, the difference between being anxious and being afraid — like, one’s because you don’t know what’s going to happen, and the other is because you think something’s going to happen and you don’t want it to happen.” He would leave this ramble in, because it made him sound vulnerable and a little profound.

“So I was anxious, before I jumped out of that plane — but I don’t think I was afraid. Would it hurt? It didn’t. Would I like it? Yeah, it was rad. Was I seriously thinking something bad would happen? Naaaahhh.”

He’d been scanning the graves as he talked, and had found what he was looking for.

“Okay. So here we are at, like, a fresh grave. Let’s take a look at it and see how it makes us feel.”

“Hey, it’s Hans. I wanted to apologize for my last video. I did some things that were wrong, and I feel really bad about them. When I made the choice to dance on Alice Webster’s grave, I was disrespecting both her and her family, and I am sorry. I was trying to explore my own fear of death, but that is no excuse, and I’ve decided to make amends. This morning I made a $1,000 donation to the music school where Alice Webster taught, and I’ve got more information about her life in the description, if you want to learn more about the person that I callously ignored in my pursuit of my own self-interests. I’m going to do better next time.”

He’d have to add a note clarifying that her family had requested — no, approved, don’t make them sound needy — that he share the details about her life. Otherwise his newfound haters would accuse him of doxxing. But only one of his sponsors had dumped him, so he was still doing okay. Probably time to take a pause on the whole Fear Series idea. A few introspective videos, maybe a talk with a therapist, and then he could find someone willing to pay him to get excited about a protein bar while spending 24 hours in one of those 24-hour gyms. That would be an easy pitch, and the gym would probably give him some extra social share. Maybe he could do a Get Fit Series. #SwoleHans.

He felt anxious, maybe, but not afraid. He’d made a mistake and he’d learned from it. That’s what successful people were supposed to do.

“Hey, this is Hans. I got your message. I totally understand, and I’d love to work together in the future if you ever change your mind. I’m going to try to turn this around, I mean, I think that I’ll still have the core fanbase. Maybe we should get in touch in, like, two months. Thanks, uh… bye.”

That was his last sponsor. He still had ad revenue, but it wouldn’t be enough to sustain his channel longterm. He’d probably lose some of that ad money, too, if his subscribers and views took a hit. Hans thought about checking, but then he’d be tempted to check his socials and his Google alerts — and he didn’t want to know.

At this point they weren’t saying anything new, anyway. First they tore apart his Holy Oaks video, then they tore apart his apology, then these news sites started digging through every video he’d ever made, all the way back to my hans, my hans, which they’d now decided was racist and ableist. He had been fourteen years old. He hadn’t been doing an accent, it was just a funny voice. He’d stopped reading the articles after the one titled “Surprise: Straight White Male YouTuber Got His Career (And His Name) By Making Fun of Minorities.” He knew that so-called journalist hadn’t watched all of his videos, but even after the headline got quietly modified to “White Male,” he was still the one who was wrong.

Hans — whom we should probably refer to as Christopher, at this point — swiveled his desk chair back and forth, and then back and forth again. He felt afraid, and then he realized he now knew what fear was. He wanted to tell the world, but there was nobody left who would listen to him except his brother. Christopher wanted to text him, but touching his phone would only reveal all of the messages of shame and hatred that had arrived in the last five minutes, so he sat still and silent, wondering how long this would be his life, and whether it would be possible for his life to be anything else after this.

Previously: The Fisherman and His Wife

1. We Did Good, Billfold
2. Question Wednesday
3. What I Learned From Five Years of Writing and Editing for The Billfold
4. How a Program Assistant Dealing With a New Paycheck System Does Money
5. Classic Billfold: What I Wanted From My Move to Portland and What I Got
fictionfinancial fairy talesopinions stated by the characters do not necessarily represent those of the author