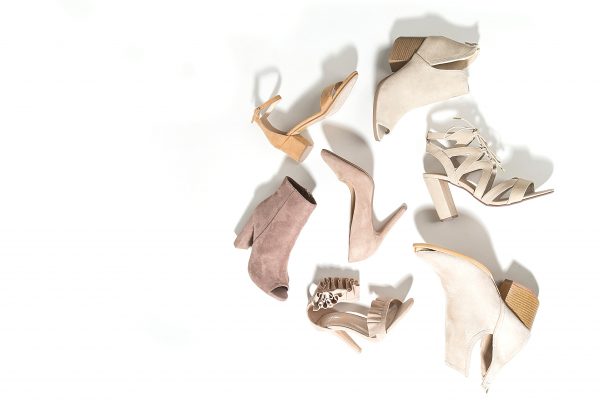 Photo by Jaclyn Moy on Unsplash.

There once was a man who led a very large advertising division of a very large company. It was one of those companies that demands continuous growth, and the man had given his direct reports the same instruction he’d been given by his boss: if we do as well this quarter as we did last quarter, we’re failing.

“So,” the man said, as he walked around the conference table. “We need to start targeting the people who don’t want to be targeted.”

He clicked the small plastic oval in his left hand. Next slide: the familiar buyer persona template. “This is Maya. She’s 22 years old, a recent college graduate — private school — living in New York and working in media. We know from her purchase history that she loves dancing. Like, clubs, not ballet. She buys a lot of shoes. More than average for her demographic. A lot of times we see her reorder the same cheapo flats from the same low-range retailer, the kind that you fold up and stick in your purse so you can put them on when you walk home at the end of the night. Because your feet hurt from wearing heels.”

He clicked again. “Maya is part of our Tracking Savvy group. She knows how to access privacy settings and turn off geolocation. She uses incognito browsing and prefers to create guest accounts for her purchases instead of signing up through Facebook. Obviously we can still track her” — and the men around the table laughed — “but we’re missing some information that could help us market to her more effectively.” Next slide.

“For example. Those cheap shoes. If you wanted to change Maya’s purchasing habit and get her to start buying disposable flats from one of our retailers, and bump up her spending by 10 percent, how would you do it?”

He let his team discuss. Then he issued the challenge.

“Those are all great ideas, so I’m going to let you put some of them into practice. I’ve just sent over datasets on twelve real women who are a lot like Maya: recent grads, major metropolitan areas, spend a lot of money on shoes. They’re all Tracking Savvy. The person who figures out how to fill in the tracking gaps, market our retailers, and increase their spending wins. $10K bonus.”

In Boston, Tiana almost tapped a green button, her finger moving towards the familiar shape before she read the word. “Fucking dark pattern,” she said, and then she had to explain to her roommate what a dark pattern was.

In Chicago, Amira scrolled through her Twitter feed. Half her friends had downloaded some new online avatar thing that was supposed to raise awareness of global climate change. “If you care about the environment, show your support.” A quick search proved that, in addition to acknowledging that climate change was real, the avatar app tracked pretty much all of your activity including your location. Amira decided she’d just keep recycling.

In San Francisco, Sara felt a nudge at her shoulder. Another guy, pushing his way up to the bar. This guy was pretty good-looking, though. She liked his smile. He said something that was a little hard to hear over the music. Sara said “What?” and he leaned in a little closer. “I’m Brendan,” he said. He smelled good, too.

“Well,” the man said, pausing at the head of the conference table. “I’ll start by saying that I was very impressed by some of the methods you used to target our twelve dancing princesses. That climate change app — you got it to go viral! Never underestimate the value of virtue signaling, team.”

He clicked again. “But I’m having a little trouble figuring out how our winner did it. Sara’s purchasing skyrocketed, she’s buying from our retailers, and I got all of the information you submitted on her location, but… Brendan? It looks like you hit each of our metrics without adding any new tracking tools.”

The man laughed, the way people in power do when they aren’t sure. “I mean…”

“I’d say he earned it,” said one of the men who was nowhere near the top of the rankings.

“The report’s incomplete,” the man in charge said. “I can’t tell how you tracked her.”

“It’s on her Instagram,” Brendan said, “but that’s set to private. She recently announced it on Facebook too, but you wouldn’t be able to access that.” He smiled his winning smile, then blushed. “Here.”

He unlocked his phone. The home screen was a selfie he’d taken with Sara. She was holding a full glass of wine.

“People get most of their influences from the people closest to them,” another man said.

“I don’t know,” the man at the front of the conference room said, running his thumb over the plastic oval and looking at his team. “Maybe it will.”

1. We Did Good, Billfold
2. Question Wednesday
3. What I Learned From Five Years of Writing and Editing for The Billfold
4. How a Program Assistant Dealing With a New Paycheck System Does Money
5. Classic Billfold: What I Wanted From My Move to Portland and What I Got
fictionfinancial fairy talesis it love or is it marketing