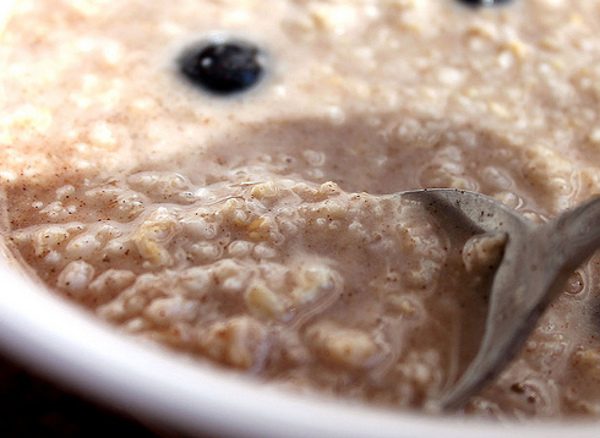 There once was a single mother with a young daughter. They lived together in the type of apartment complex where they were hesitant to unpack because they knew they might be evicted at any time. The mother might not get enough work hours that month. The landlord might raise the rent.

They had not been living in this particular complex for very long, and the mother had warned her daughter not to go around talking to people. You never knew, about your neighbors. Most of them would be a lot like the mother and her daughter, and eventually they’d become the kind of friends who knew that one day there’d be a knock on the door and one or the other of them would have fifteen minutes to put anything they’d unpacked into a black garbage bag, hoping it wouldn’t rip — but one of their neighbors could be the kind of person who wouldn’t bother knocking at the door, because it was too easy to push it open.

So the mother told her daughter to stay in the apartment, with the chair pushed up against the doorknob, but that day there was no electricity, and no library books to re-read, so the daughter made herself a peanut butter sandwich (to save opening the refrigerator) and went out onto the concrete steps, because it was too hot to stay indoors.

There was an old woman sitting nearby.

“That’s a good-looking sandwich,” she said.

The girl looked at her sandwich. The bread was dry, and you could hardly tell there was peanut butter inside.

The girl knew all about sharing. Sometimes her mother brought home pizza and told her daughter to run up the stairs and ask if another mother and her little girl wanted to join them for dinner; sometimes she’d tell her daughter to go and play with a friend and not come back until bedtime. So the girl tore her sandwich in half and gave the bigger half to the old woman.

“This is an Instant Pot,” she said. “It can make anything you want, instantly. Just ask.”

She held out the pot, and the girl took it, and thanked her, and carried it up to the apartment. When her mother came home the girl told her about the old woman and the sandwich and showed her the pot, and her mother said she had done a good thing, but she’d also been told to stay in the apartment and not talk to strangers, and the pot sat quietly on the counter, waiting.

A month later the mother decided the girl could go outside alone, as long as she didn’t go any further than the concrete steps, and when the old woman saw the girl she asked how she was enjoying the Instant Pot.

“We haven’t used it yet,” the girl said. “Mom says she doesn’t have time.”

The girl knew that people talked to their ovens and things because she’d seen it on television. This pot had buttons on it, but maybe it also worked by talking. So she went back up to the apartment, plugged in the pot — they had electricity now — poured in some Cream of Wheat and a cup of water, closed the lid, and said “Pot, make me porridge.”

The Instant Pot began humming, not like the refrigerator did but an actual melody, and suddenly there was porridge pressing against the lid of the pot and overflowing onto the sides, and the girl quickly said “Pot, stop,” and got a bowl and a spoon.

The porridge was much nicer than Cream of Wheat. It was sweet and milky and had nuts and raisins. The girl ate her fill and put the rest in the refrigerator for later. Then she went to wash the pot, but it was already clean.

When the girl’s mother came home she told her about the Instant Pot, and when she got to the part where she’d said “Pot, make me porridge,” the pot started humming even though she hadn’t put any Cream of Wheat in. The girl realized the magic of the pot before her mother did, because she had more time to read library books about those kinds of stories, but they both soon understood what a gift the old woman had given them.

Since you have also read those kinds of stories, it will not surprise you to learn that, when the mother went to thank the old woman in person, she could not be found. People who live in apartments come and go, of course, but none of the other residents knew of the old woman, and they couldn’t tell the mother where she’d gone.

The mother and her daughter used the Instant Pot to feed the entire apartment complex. They put a sign on their door letting their neighbors know what they were cooking, and when — and if you brought your own dishes, you could eat. People started smiling more, sleeping soundly, saving money. The mother did better at work and got more hours. Then she got a better job, where the hours were the same every day.

Then the pot was stolen. The mother thought it was a new neighbor, and the daughter thought it was an old one — but they never found out, because the next day the girl came home from school to find the concrete steps covered in spaghetti and the railings wrapped in yellow tape. There had been an accident. One of the top-floor units had caved in. No one was hurt, but they weren’t allowed to live in that apartment anymore. The building would probably be condemned, and they might even be able to sue the landlord for negligence.

The mother didn’t know if she’d sue. It’d be a lot of work, and a long time before she’d see that money. She had enough in her bank account for first and last on a two-bedroom in a building with doors that locked, and after she got a few years of good rental history to her name she’d take herself and her little girl somewhere even better.

Three days after they moved in, there was a knock at the door. The girl peeped through the peephole, but there was no one there. She peeped again, this time downwards, and saw the silver pot with its black lid and its cord neatly wrapped around its body, ready to come home.

1. We Did Good, Billfold
2. Question Wednesday
3. What I Learned From Five Years of Writing and Editing for The Billfold
4. How a Program Assistant Dealing With a New Paycheck System Does Money
5. Classic Billfold: What I Wanted From My Move to Portland and What I Got
fictionfinancial fairy talesonce I was playing D&D and I received a basket that created infinite muffins and I told the DM "I use it to destroy the global economy."this one is loosely based on a story called "sweet porridge"