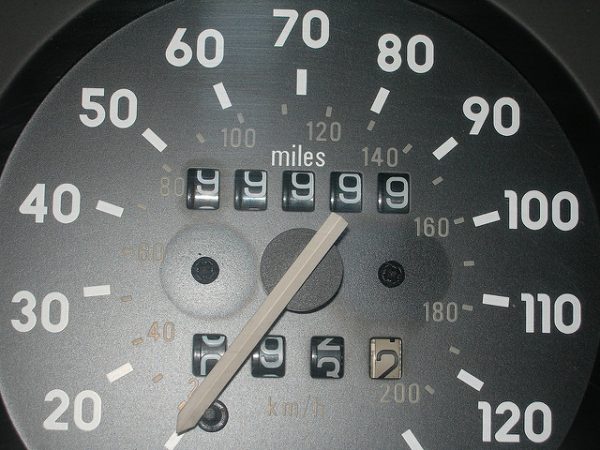 I totaled my 1999 Mercury Grand Marquis in September 2015. Unexpectedly losing my car meant I had some decisions to make. Would I buy a new car? How? What kind? Used or new?

Eight months out of the year I live in an area that is extremely navigable without a car. I could ostensibly get away without one. However, I work as a prop master. My job is manipulating physical objects for use on stage and I simply have to be able to move lots of stuff in order to do that. I freelance as well as working full time, and being able to haul furniture and tools and paint to all kinds of places is essential to my being able to make side money. My car is a prop tool kit stuffed to the gills with glitter and different kinds of adhesives.

The remaining four months of the year I live in a very rural area, where a car is very useful. I also go home to visit my mother, who is in ill health, via car. I need a car to get around in a practical sense, but I also like the way it makes my life and my loved ones’ lives easier: I can go road tripping, browse antique fairs, move my mom’s wheelchair, and pick my fella up at the train station when we visit hippie towns in upstate for weddings.  Even though I had a brief fantasy about being careless and carless, I knew I was getting another car.

I wanted an SUV this time around, even though the trunk on my old car could carry a lot of props and my yoga gear and my roller blades and my emergency kit and three dead bodies besides. I wanted to be able to lay back the seats and pack in a loveseat. I also wanted it to be used. A car shouldn’t make demands of you: it is a tool and you should treat it as such. With an old car, you can bump into loading docks, sit down with paint on the back of your pants, and spill coffee. At the time my car was totaled, I had student loans, had just plunked down a K for my new couch, and was still getting settled into my job. I hadn’t been promoted and was not in a position to ask for raises. Money was a mighty deciding factor in what car I could buy.

I visited one used car dealership where the cheapest SUV was a 2008 Murano for $8,000. The night before my shopping trip, my town had a power surge and the safes with the dealers’ car keys was powerless — they couldn’t let me drive the car and worse, they couldn’t even find the car in the lot. I had no idea what color this car was. The other used car dealership near my parents’ house was inexplicably closed. I considered this an omen.

We went home and my sister ran the numbers with me on an $8,000 dollar car. I could put down a quarter of the price and still have a $5,000 emergency fund, but my car payment would be over $250 a month if I wanted to pay it off in two years. It became clear that I needed to buy a cheaper car if I wanted to build a more secure financial future. I became determined to pay cash for a used car now so I could set aside money for my next car, whenever that would be. I borrowed my parents’ extra car for three months while I looked. Buying a very cheap used car is a gamble: will you be able to drive it long enough to make the upkeep worth it?

The search was on. I looked at a Land Rover that was advertised as “driveable” which was absolutely not true. I also remember a perfectly fine Pacifica, but I knew enough people who had weird electrical issues with their Pacificas that I didn’t want it. In the end, my father found Dory, a 2002 Ford Escape, on Craigslist. She had just under 76,000 miles and was listed at $2,300. Previously, Dory was used to haul instruments for a rock band as well as the leader singer’s Chihuahua. The inside was scrupulously clean but faded and the outside already had dents.

We went to go check the car out. It turns out the air conditioning didn’t work (but there was a compressor in the trunk), the temperature knob was broken, and it needed new ignition coils. I balked at the coil replacement, but my father told me that he would be able to replace them with a minimum of fuss and money. I offered the gentleman $2,000 for the car and he turned me down. We drove about half a mile away before he called and accepted. I pulled $1,000 out of my savings account and $1,000 out of the cash stash I keep at home. (I put twenty dollars from every bartending shift I work into a jar and pretend it’s not there. That jar once paid for a trip to Hawaii, and soon it will provide plane fare to Australia.)

My dad offered to go pick up the car the next day. Upon arrival he found that the clicker key fob was missing, so the price dropped to $1,950.

I registered my car and paid NYS fees and taxes on it to the tune of $276.56. This includes a $50 title fee, a $25 license plate fee, my county taxes and registration. I also go the car inspected for $21. Geico was my lowest insurance rate at $803.90 for six months with no collision coverage. Without a monthly payment I could sock away money for another car and self-insure against collisions.

My father is a hobby mechanic, so he he replaced four ignition coils for me over the course of a long and cold afternoon. He also got two new keys made and two fobs. He is a wise man and hid a spare from me so I would never be without. He picked up new floor mats, a steering wheel cover, a special pneumatic trunk opening mechanism refreshing device (apparently the pressurized gas in the canisters leaks out so the hatch gets harder to open, but you can replenish the gas), and really nice windshield wipers. That all cost me $1,035, but I didn’t pay for any labor.

After that, Dory was on the road! It was truly a gift. I had a car in cash and my Dad made it run. The rest of my bank accounts were safe and I could keep freelancing and paying off my loans to build a financial cushion under me.

In April 2016, my car started making some noise. I went to the mechanic and after some technical mumble mumble, I apparently had a hose problem. $121.18 later, my car sounded much worse. I went home for my Dad’s birthday and he realized Dory had to be taken in to his mechanic — the car sounded like it had been smoking three packs of cigarettes a day for 30 years. This mechanic (who I still remain loyal to) found the hose issue: the intake valve hose hadn’t been plugged back in at my other mechanic and I had a minor pump issue causing the original noise that could be fixed now instead of when it blew up later. $375.68 including an oil change.

I called the other mechanic and explained that I had been swindled and I needed a full refund. I got it! My dad left me a voicemail, “You really must’ve put the wood to them!” He didn’t know anyone who had ever gotten a full refund from a mechanic and was very impressed. I still have that voicemail saved. I flapped down Dory’s backseat and took her to the local nursery to get my Dad a carload of roses, hydrangeas, and peonies for his new retirement hobby garden.

I laid out $823.70 for another six months of insurance that June. In August, I was tired of driving around with no air conditioning, so I paid $398.69 to put in the compressor that came with the car and get an oil change. My new mechanic replaced my heating knob for free, so I could actually change the temperature now that I had options. In December, Dory had a lot of brake work for $631.75 — this includes replacing dried-out hoses, which apparently is quite rare. I also got an oil change. In 2016 I spent $660.20 on gas.

To celebrate our first year together, I got Dory another inspection for $21. I did not have to make any additional repairs on the car! It was a miracle. I did buy $44.07 worth of filters and light bulbs for the car. I spent $113.43 on oil changes and one of my local places does a free car wash and vacuum, which is terrific. I switched my insurance to Progressive, totaling $1,227.37. I also spent $1,238.33 on gas. The price of gas went up in 2017 and, as my mother became sicker, I began traveling home a lot more frequently.

In 2018 I got my car inspected for $37.21, and that figure included replacing a blown license plate bulb. I also got new front tires and an alignment for $342.30. I changed my insurance back to Geico for $380.16 because my rate dropped precipitously after my accident anniversary. I have spent $66.98 on oil changes and $494.77 on gas.

Dory has helped me move props for countless sets and makes a great pillow fort at the drive-in movies. There are no occasions that we are not ready for: the center console is filled with beef jerky and granola bars and I keep an emergency box with extra work clothes, a first aid kit, sunscreen, bug spray, and hand warmers in the back. She has seen me through my fungus ordeal and my mother getting sick. I have moved apartments twice a year for three years. Thanks to my father’s generosity and knowledge, I was able to avoid car payments and have been able to save up the funds to pay for my next car in cash. Until then, Dory is looking to get her shocks and struts replaced. We’ve got a long way to go still. Just keep driving, just keep driving!

PropicalStormAllie is the daughter of two Boggle enthusiasts from upstate New York. She works as a prop master, loves golden retrievers, and has been fungus-free for more than a year.

1. We Did Good, Billfold
2. Question Wednesday
3. What I Learned From Five Years of Writing and Editing for The Billfold
4. How a Program Assistant Dealing With a New Paycheck System Does Money
5. Classic Billfold: What I Wanted From My Move to Portland and What I Got
carsjust keep drivingused cars