How to Navigate a Windfall 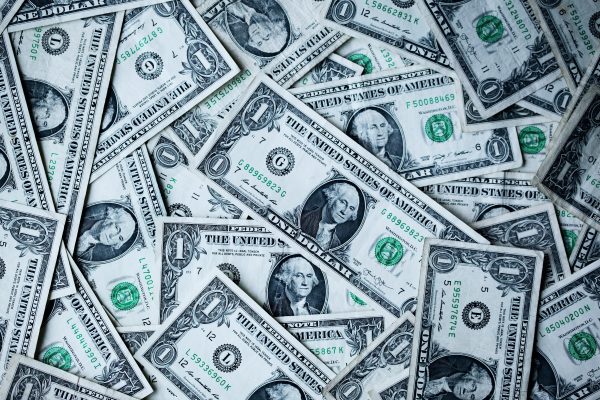 This is definitely not a typical Tuesday afternoon for me, so let me back up and tell you exactly how I lucked into this situation. When I was a young child, my grandmother gifted each of her children and grandchildren some stock in a privately held company that had been passed down to her by her mother. I enjoyed the modest quarterly dividends that the stock paid and appreciated them for the financial security blanket that they were. Last year, the company was acquired by a large multinational, and our shares were cashed out in a merger.

After the initial shock of that $394,552 infusion of cash wore off, it was time to figure out what to do with all those dollars.

When I filled out the merger paperwork, I put down my checking account for the wire transfer because the routing and account numbers were close at hand. I didn’t consider how I was going to get the funds into my savings, which reside at another bank. It turns out that my checking account bank limits online transfers to $10,000 daily, and wire transfers to $250,000 daily. Suddenly I realized that I could just write myself a check and deposit it into my savings account in person at a branch. I expected a sidelong glance from the teller — but this is New York City, where money flies around like sparrows, and she didn’t blink an eye.

I hired my parents’ tax accountant to determine the estimated tax payment I owed on the windfall, as well as prepare my 2018 return come April. He said I owed $6,500 in estimated taxes ($5,000 federal and $1,500 state) by September 2018. This was mysteriously different from what we had originally discussed via email (110 percent of the tax I paid last year) but he’s the pro, so I went with it. His communication skills were notably lacking, so I didn’t think I’d even get a clear answer if I tried to ask.

If it ends up that I underpaid, then I’ll pay a fine next April, and likely find a new accountant. This meeting cost me $300, which makes me think I should find a new accountant anyway. I’ve done my own taxes with a family member’s assistance in the past, but taxes give me incredible anxiety and I really don’t want to be responsible for messing this up.

My 30th birthday was around the corner, so I decided to skim $750 to take a few close friends out for a nice dinner to celebrate. I ended up spending $727 on a wonderful four-course meal at a terrific local restaurant. My birthday also coincided with one friend’s long-awaited good health news, so the meal felt doubly festive. We spent so much time at the table we practically shut the place down.

I opened a money market account at the same bank as my savings account and parked the remaining $387,302 in it. It’ll stay there until tax time next April, earning an APR of 1.75 percent, or roughly $5,083, in the meantime. (Sidenote: remember when regular savings accounts yielded as much as 5 percent? Those were the days!)

Fifth: Pay the rest of the taxes.

I won’t know exactly how much I owe in capital gains taxes until next April, but I estimate that I’ll lose roughly one-third of this money to taxes. The shares had been in the family since the 19th century, so the capital gains are significant. I’ll be hit pretty hard, tax-wise.

Of the original $394,552 windfall, I’m guessing I’ll probably end up with about $250,000 once all is said and done. Which, honestly, I’m fine with! My father has always said “it costs money to have money.” Like a lot of left-leaning folks, I think it’s incredibly messed up that capital gains are taxed at a lower rate than regular income, but that is a (much longer) post for another day.

So, what am I ultimately going to do with this windfall? Honestly, I have no idea. (Here is where I should also disclose that I have no student loans to pay off, thanks to another random stroke of luck: I got a partial merit scholarship to college, and my parents paid the rest using money that they were left by a deceased family friend.)

The easiest thing to do with this money would be to add it to my current investment portfolio. I want to donate a portion to a charitable cause, but still need to do some more research. Ideally, I’d give to a small local nonprofit that could really benefit from a moderately sized, unrestricted donation.

I am also toying with the idea of buying an apartment. I could make a 50 percent down payment on a studio apartment where I live in NYC, but it would still be difficult to afford the mortgage, co-op fees, and taxes on my modest nonprofit salary. (Also, I’m single.) I don’t want to put down more than 50 percent, though – because although real estate is thought to be a good investment, it’s an extremely illiquid one, and I don’t want to put the majority of my eggs in one basket.

Reflecting on this whole situation, I find myself feeling both detached from and intimate with this money. I did nothing to earn it — I just won the Genetic Lottery: Family Money Edition — so I don’t feel any real sense of ownership. Still, I feel surprisingly close to (and protective of) my windfall. Those quarterly dividends have been a constant for my entire life, as reliable as the seasons. No matter where I was in the world, physically or emotionally, I could count on those checks in March, June, September, and December. Now the money has come home to roost for good, in one lump sum.

Above all else, I feel a huge sense of responsibility: perhaps if I had earned this money myself, I’d be a little more cavalier with it. But the fact that someone else gave it to me makes the stakes even higher in my eyes. If I frittered away my own hard-earned cash, I’d have no one to answer to but myself; if I squandered money that someone else passed on to me, I’d be disappointing them. I imagine that wealth feels differently to different people, but to me, it feels like a weighty responsibility. I know I am tremendously lucky, and very much want to steward this blessing well.

Anonymous lives in New York City, and will be donating her payment for this piece to charity.

1. We Did Good, Billfold
2. Question Wednesday
3. What I Learned From Five Years of Writing and Editing for The Billfold
4. How a Program Assistant Dealing With a New Paycheck System Does Money
5. Classic Billfold: What I Wanted From My Move to Portland and What I Got
familyinvestingwindfalls